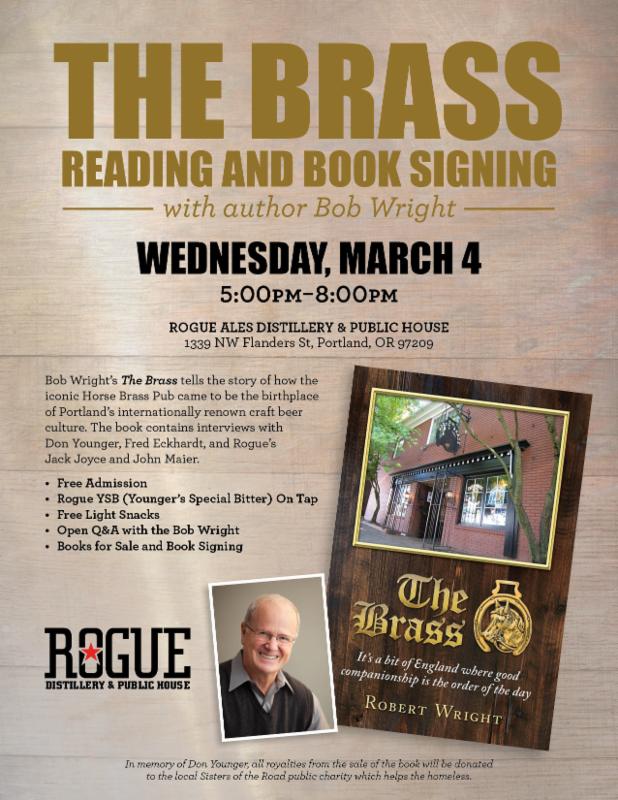 It was only a matter of time that Portland’s legendary Horse Brass Pub would have its history captured in a book. Local resident Bob Wright recently published, The Brass, capturing the birth and the continued growth of our beloved Horse Brass Pub.

On Wednesday, March 4th, Rogue Ales Public House & Distillery in Northwest Portland will host a special reading and book signing with Wright, author of the recently published book The Brass. Wright chronicles the story of how the iconic Horse Brass Pub came to be the birthplace of Portland’s internationally renowned craft beer culture. The book details a unique perspective of the pub’s growth through interviews with Don Younger, Fred Eckhardt, and Rogue’s own Jack Joyce and John Maier.

Beginning at 5:00 and lasting until 8:00pm, this free event will feature at a brief reading that will be followed by a Q&A session with the author. To make this event more appropriate, Younger’s Special Bitter will be on tap along with some free light snacks.

In memory of Don, all royalties from the sale of the book will be donated to the local Sisters of the Road public charity that helps the homeless. 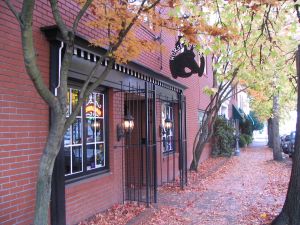 What is The Brass about? Here is a brief synopsis that Wright provided.

The Brass is the story of the birth and growth of a world-famous public house, the Horse Brass Pub in Portland, Oregon. This authentic pub, with deep British roots, became the cathedral of Oregon’s craft beer revolution and its publican, Don Younger, the archbishop. It is a warm place with real British soul where good companionship is the order of the day and the best beer on earth welcomes everyone. This pub has been twinned for nearly three decades with the Prince of Wales, an historic London pub near Wimbledon. This book is a journey through time with people from two countries, primarily a summary of the individual oral histories of the principals, supplemented by research. It is a narrative of this celebrated pub’s events and people, their history, their character and their motivation; they are the soul of the pub. The Brass is based on the interviews of others who were involved with the pub over decades, to the best that their memories recalled. (“Accuracy in the reporting of historical information by a bunch of drinkers after 20+ years cannot and should not be expected,” comment from an interviewed, longtime regular.) 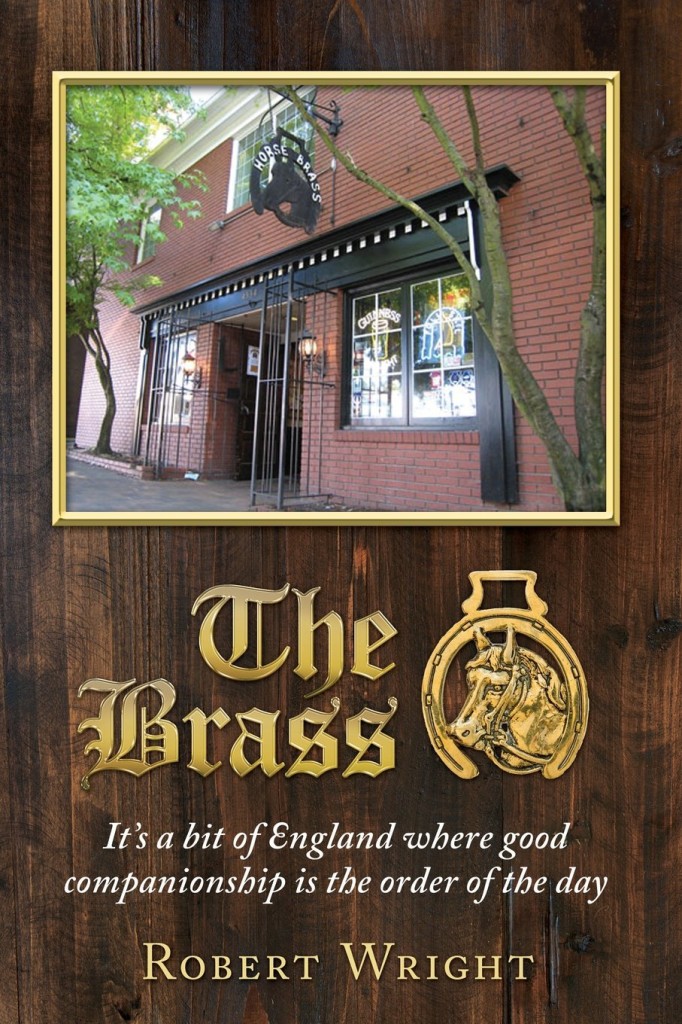 Here’s a recap of a recent interview we had with The Brass author, Bob Wright.

Is your background in the brewing industry?

Bob Wright: I have no background in the brewing industry. I like a good beer, but I am not a beer aficionado.

If not what brought you into craft beer?

Is this your first book that you have written?

BW: No. I have self-published an anthology of memoirs (You’ve Got Rocks), primarily for family and friends, but it is available on Amazon as an eBook.

What got you into writing and then the decision to write The Brass?

BW: After final retirement in 2006, I attended writing seminars (Tell-Your-Story) given by Tom Hallman, Pulitzer Prize-winning journalist for The Oregonian. You’ve Got Rocks is the result. If you’d like to know more about this phase of my writing “career,” go to: Go to http://www.themac.com/web/pages/the-winged-m, click on “Click here” under “THE WINGED M ONLINE” and go to page 78. Tom asked me to write this essay (note: I’m not a member of the MAC’’; Tom is).

Were you fortunate to call yourself a friend of the late Don Younger?

BW: I became a frequent patron (a regular at the Horse Brass) late in the Don Younger era; summer of 2006 (when I retired and returned to my hometown of Portland). I was a casual acquaintance of Don’s, but do feel very fortunate to have had even this relationship with him. He’s one of the most interesting people I have ever met.

What do you like best about the Horse Brass Pub?

BW: Its genuine authenticity as an English public house (including authentic décor ) even though it is much larger; and the honest, warm people that I meet there, especially the longtime regulars. See my Prologue.

Over what time frame was The Brass written?

BW: After a short introduction about the location of the land to the west of Mount Tabor, the story starts when the building that houses the Horse Brass Pub was built (1973) then chronicles the evolution of the pub (through the principal characters) up through the death of Don Younger (2011). The book itself was written from December 2010 – May 2014, followed by editing and the administration of publishing a non-fiction book (in December 2014); overall ~ 4 years. I am the publisher, having formed Wright Stuff Press, LLC (in partnership with my tough editor, my English literature wife of 49 years).

Is there another book to be written in your future?

BW: Not definitely, but I have some ideas. We’ll see how this one goes. My wife has other ideas; she put a lot of work into The Brass, cleaning up my writing, but loved doing it. Since the book has hit the streets, more and more “Tales from the Table” (a chapter in the book) keep coming out. A sequel is possible; the content is there. Don’s life is so interesting a full-up biography could be written. I have more personal memoirs that a sequel to You’ve Got Rocks is another possibility. 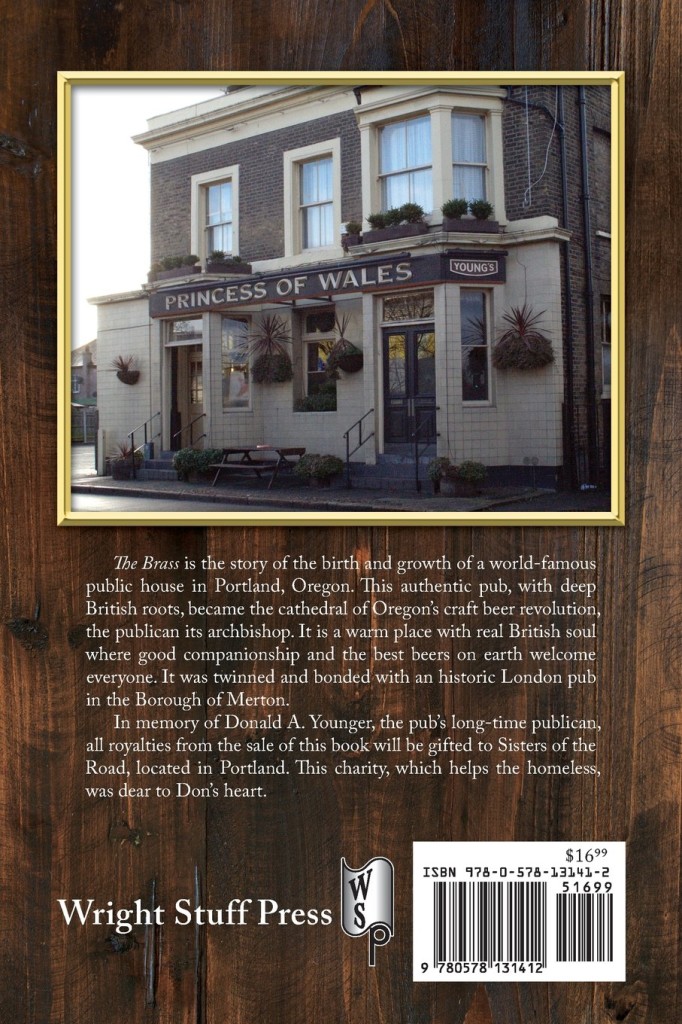 Make sure to make your way to Rogue Ales Public House & Distillery on Wednesday, March 4th to meet author Bob Wright and pick up a signed copy of The Brass. All are welcome to attend and bring your stories about this local landmark.