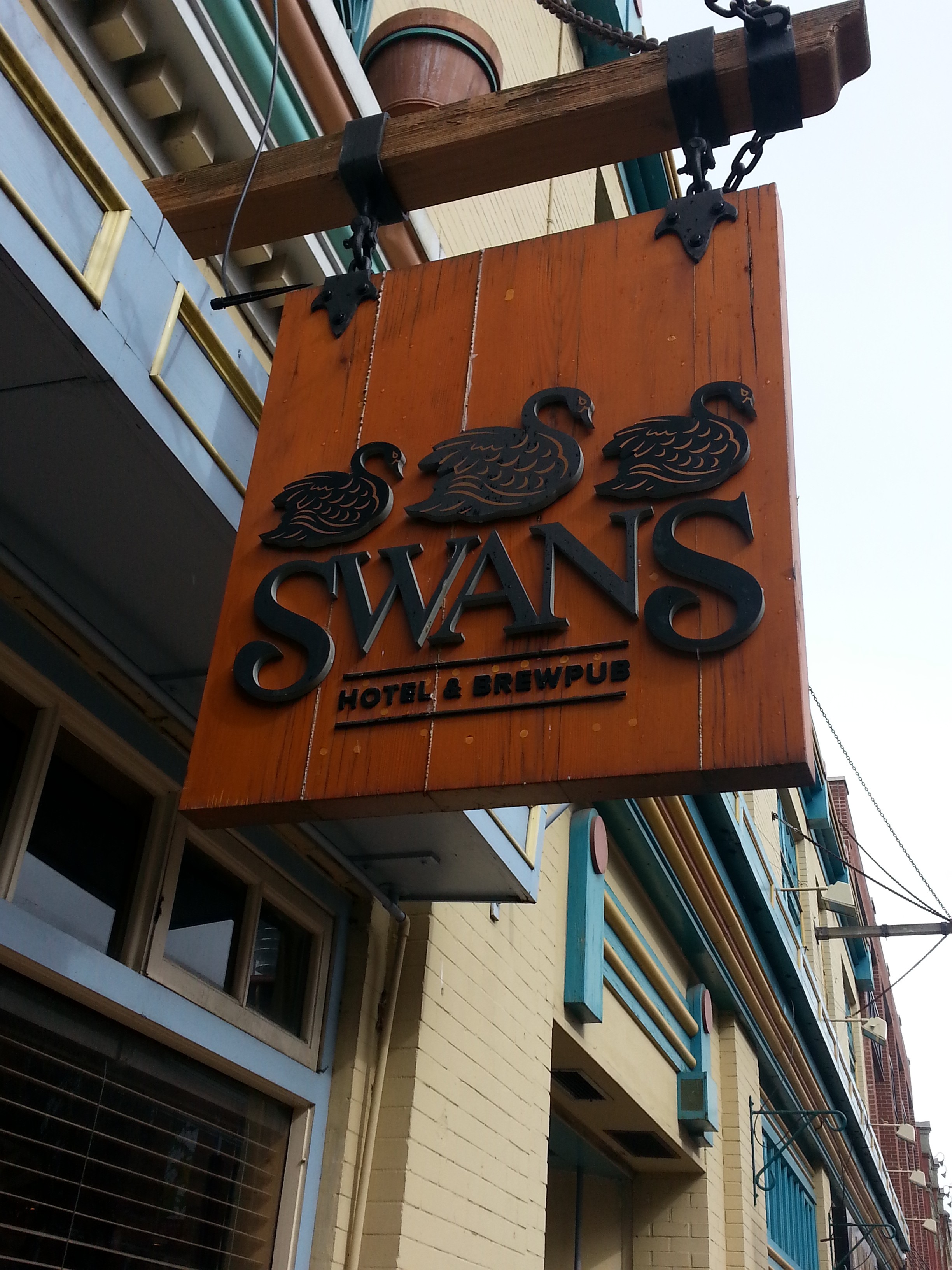 In the ‘80s I was in my early 20’s and living in Victoria, BC. Victoria is truly a “little bit of England on Vancouver Island.” It’s a rugby town, it’s a tea town, it’s an English garden town and you can’t walk down Government Street without hearing an English accent today.

Victoria’s English vibe and the many English immigrants living there made it fitting that Michael Williams, an Englishman from Shropshire, opened Swans Hotel & Brewpub in 1989. It certainly made sense that this English style pub had 4 cask engines delivering traditional real ales for the thirsty clientele.

Soon after opening Swans, Williams had the youth of Victoria eagerly drinking real ales alongside the British customers. Nobody questioned these warmer and flatter ales at all because they were so very good.

The three flagship real ales were Appleton Brown, Buckerfield’s Bitter and Oatmeal Stout. These ales were very traditional and enticed many of Victoria’s visitors from England into Swans for a pint.

It is now 2016 and I still travel from Portland to Victoria, BC often and always marvel at the fact that I can go to Swans for a pint of real ale. The SAME real ales I’d been drinking for 25 years.

Well, I suppose all good things do come to an end, Swans Hotel & Brewpub have removed every single cask engine. The 3 flagship brews are still immortalized on the wall above the bar as being “Real Ales” and the cask engine tap handles are still affixed to the bar, but, there is no more cask-conditioned beer flowing at Swans.

This doesn’t surprise me as living in Portland the majority of beer drinkers don’t prefer real ales and many don’t like them at all. Its 2016 and cask conditioned ales are on the decline in England as well.

This isn’t the end of the world but the quiet death of a tradition that was close to my heart. The 3 flagship beers are still available in a non-cask format and I have tried all 3 and they are good, but just not the same.

There are no traditional cask conditioned ales offered on a regular basis in Victoria, BC any longer. One pub offers a daily cask, most of which are experimental (it’s obvious they are having fun with the recipes) and at a quick glance I noticed two lagers on its cask-conditioned list. Sigh