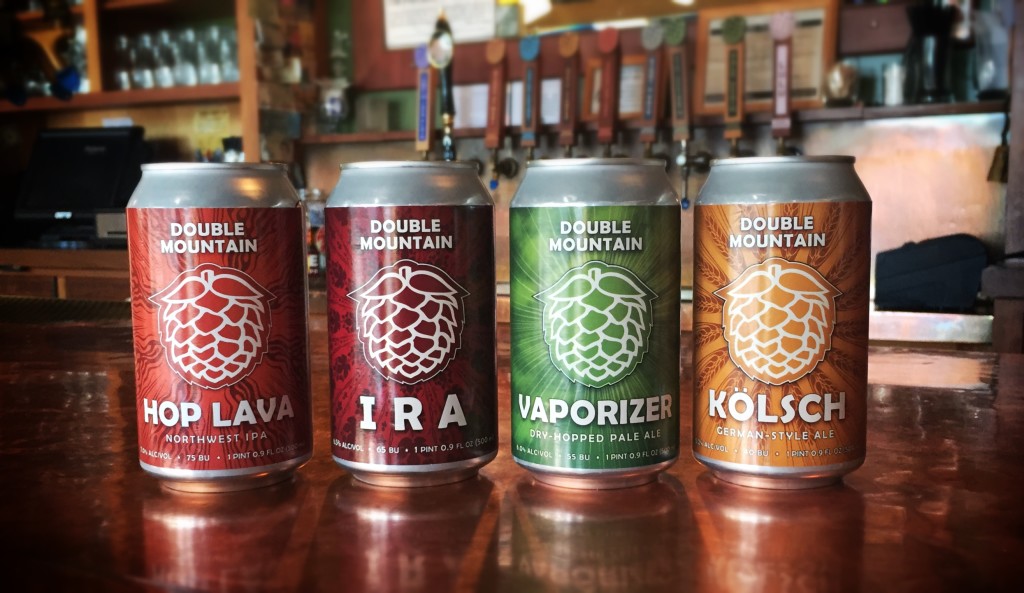 Hood River, April 1st, 2015- Double Mountain Brewery is proud to announce our new packaging line of your favorite Double Mountain beers in uncrushable,  refillable 16.9oz cans! So on your way to your favorite destination, you can take our beer in an aluminum can, then be cleaned, refilled and enjoyed again and again!

“There is some new technology that has come out of the Czech republic that allows aluminum to be cleaned and refilled multiple times”, says Brewmaster and owner Matt Swihart. Swihart says he used his ties and background in the defense aerospace industry to incorporate titanium in the aluminum alloy to make the can uncrushable and also cleanable.

“We are so proud to bring the beer out in the new package”, says Greg Balch, head brewer, “finally I can go disc golfing and not lug around a whole keg or clinking bottles in my bag, this is so much easier, and Matt says “I’m pretty sure that they withstand the hyper Mach speeds of space travel.”

Swihart goes on and on about his known concerns of packaging in aluminum cans…. “Because we’ve eliminated the chemical can lining typically used, replacing it by using Titanium which makes it uncrushable”. To eliminate the ubiquitous problem of getting high air (oxygen) content in cans, Double Mountain will fill the cans in space. “I used to work on the National Aerospace Plane, so its easy for us to design a space vehicle using one of the fuel tanks to hold beer, then we fill the cans in the vacuum of orbit so there is no chance of getting oxygen into the cans”, Swihart goes on. (and on and on for that matter without mentioning the fact that there is still no functioning Aerospace Plane).”