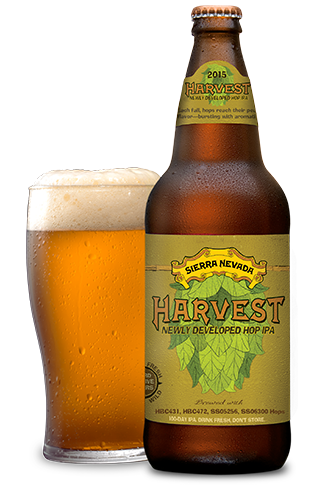 Sierra Nevada Brewing Co. has released its latest member of it’s Harvest family, Harvest Newly Developed Hop IPA. This new beer from Sierra Nevada is part of the brewery’s endless quest for hop innovation with a handful of newly developed varietals, each with flavors very different from those found in typical hops.

These hops being used in Harvest Newly Developed Hop IPA are so new they are only known by numbers—472, 05256, 431, and 06300. They have complex flavors of cedar, coconut, chocolate, and orange-citrus together creating a truly unique IPA aroma. This IPA is part of our 2015 Harvest series exploring diverse hopping methods including single hop, fresh hop, wet hop and wild hop beers. 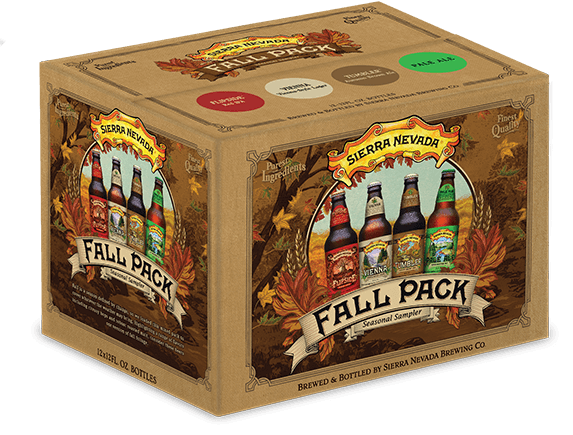 Also be on the lookout for Sierra Nevada’s new Fall Pack. As Summer begins winding down Sierra Nevada is set to release its annual Fall Pack, a mix pack of 12 bottles featuring 4 different beers. The Fall Pack is loaded with Vienna, Flipside IPA, Pale Ale, and Tumbler. 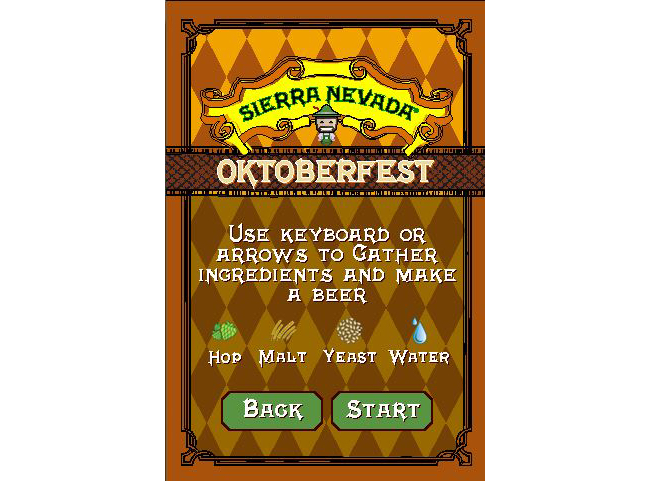 As we enter Oktoberfest season, Sierra Nevada Brewing just flipped the switch on a secret throwback game on the brewery’s website to help promote its new Oktoberfest collaboration with German brewer Brauhaus Riegele from Augsburg. The game’s goal is to help Kenny the Braumeister collect water, hops, barley and yeast so he can brew enough Oktoberfest beer to go ‘round.

There are two ways to unlock the game:

Or on Sierra Nevada’s website footer, find the yellow ribbon that says “Locate Beers.” Type in Prost and hit enter.