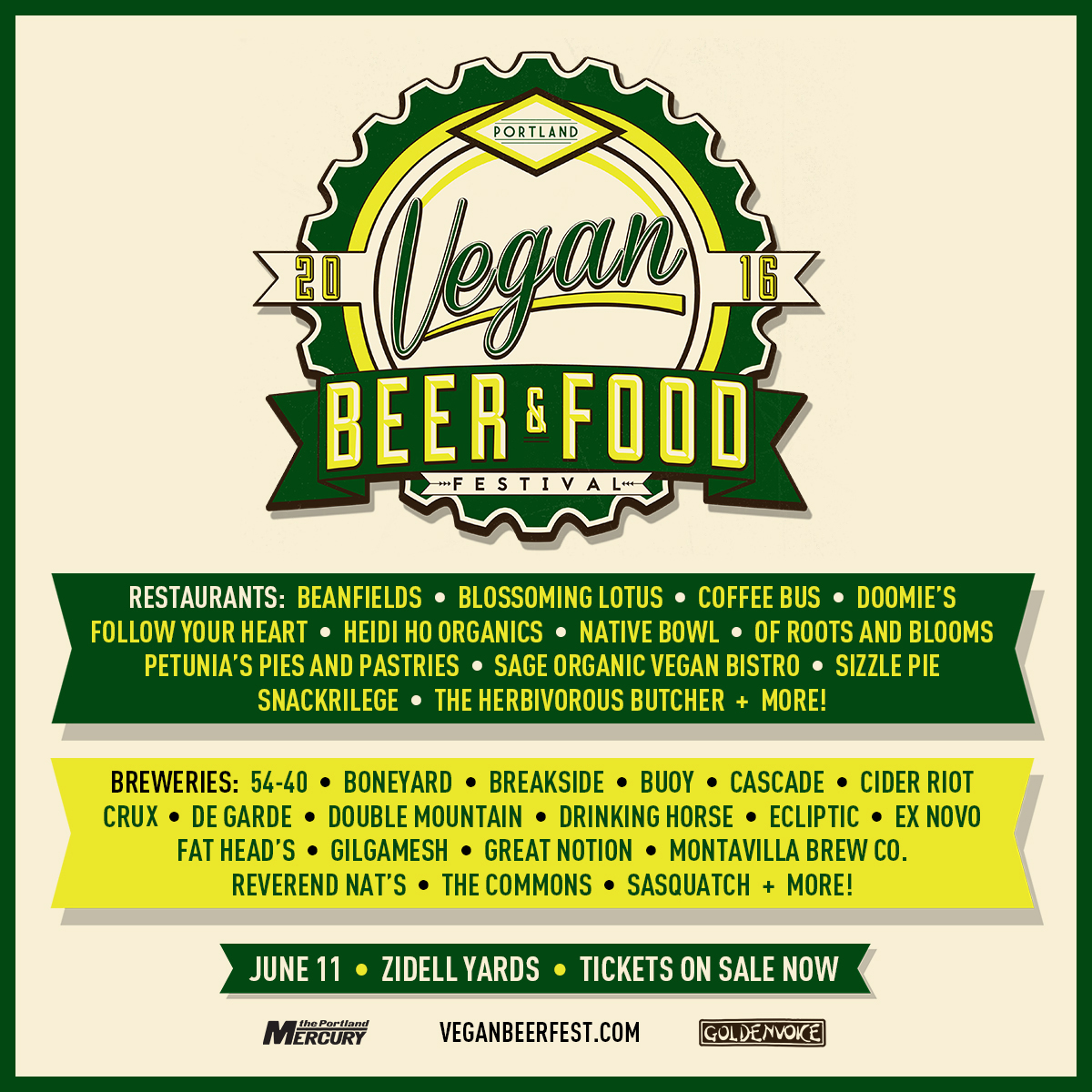 Vegan Beer & Food Festival is most definitely the best value of any beer festival in all of Portland. For an entry a General Admission entry fee of $45, guests will enjoy up to 40, 4 oz. beer, kombucha, cider, cold brew and craft soda offerings. Plus on top of this there will be 40+ vegan eateries, food trucks, and vendors.

A few of the coveted breweries that will be pouring its beers today are Cascade Brewing, de Garde, Crux Fermentation Project, The Commons, among others. Restaurants include Native Bowl, Of Roots & Blooms, Herbivorous Butcher, Doomies and Sizzle Pie, all tasked with crafting inspired vegan food that complement the beers and showcase the region’s seasonal farm-fresh produce.

New to the festival is the addition of a Cold Brew and Craft Soda tent providing guests not experiencing the beer an area to discover small-batch producers dedicated to furthering the craft beverage industry. The extensive menu of cold brew coffees is curated by applauded expert Evan Dohmann of Constellation Supply Co. to range in style and methodology featuring the brightest artisan and roasters in specialty coffee.

Here’s a rundown on the breweries, restaurants and bands that will be part of today’s Vegan Beer & Food Festival.

TICKETS
VIP – $65
Early 11:00am entry to the event
Exclusive beer tasting and access to the VIP area
4oz tasting glass
Sixty (60) VBFF vouchers redeemable for 1 pour of beer or wine each
Bottomless pours of kombucha, craft soda and cold brew
Access to over 40 vegan restaurants, the pop up marketplace and live music

GENERAL ADMISSION – $45
Entry to the event at 1:00pm
4oz tasting glass
Forty (40) VBFF vouchers redeemable for 1 pour of beer or wine each
Bottomless pours of kombucha, craft soda and cold brew
Access to over 40 vegan restaurants, the pop up marketplace and live music

NO BEER, ALL CHEER GA – $35
Entry to the event at 1:00pm
4oz tasting glass
Bottomless pours of kombucha, craft soda and cold brew
Access to over 40 vegan restaurants and the pop up marketplace

Tickets can be purchased in advance HERE or at the gate if available.

This year’s Vegan Beer & Food Festival will donate portions of proceeds to The Gentle Barn, a nonprofit dedicated to “teaching people kindness and compassion to animals, each other, and our planet.”