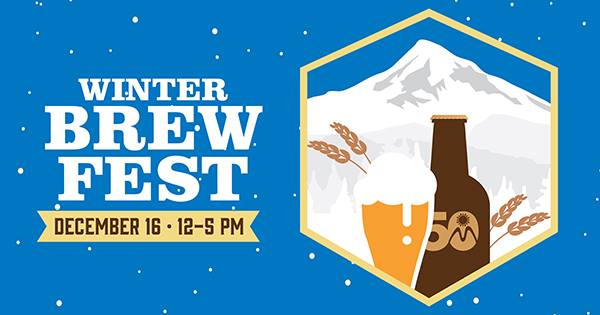 After spending the morning on the slopes, après ski in the afternoon at the 2017 Mt. Hood Meadows Winter Brew Fest. Taking place on Saturday, December 16, 2017, at Vertical North inside the day lodge at Mt. Hood Meadows, this five-hour fest will feature beer tastings and live music.

From Noon-5:00pm the annual Winter Brew Fest will highlight an afternoon on the Mt. Hood with beers from Full Sail, Double Mountain, Everybody’s, Laurelwood, Hopworks, Backwoods, pFriem, Widmer and Ninkasi. Then at 3:00pm, Greenneck Daredevils will perform its blend of bluegrass music inside Vertical North.

Admission is $16.00 at the door and includes a glass keepsake Mt. Hood Meadows 50th Anniversary beer mug along with 4 script tickets that are good for 5oz of beer each. Additional script can be purchased for $2 each. Must be 21 (with valid ID) to enter the Brew Fest in Vertical North, kids are welcome in Vertical where the music will be performed.