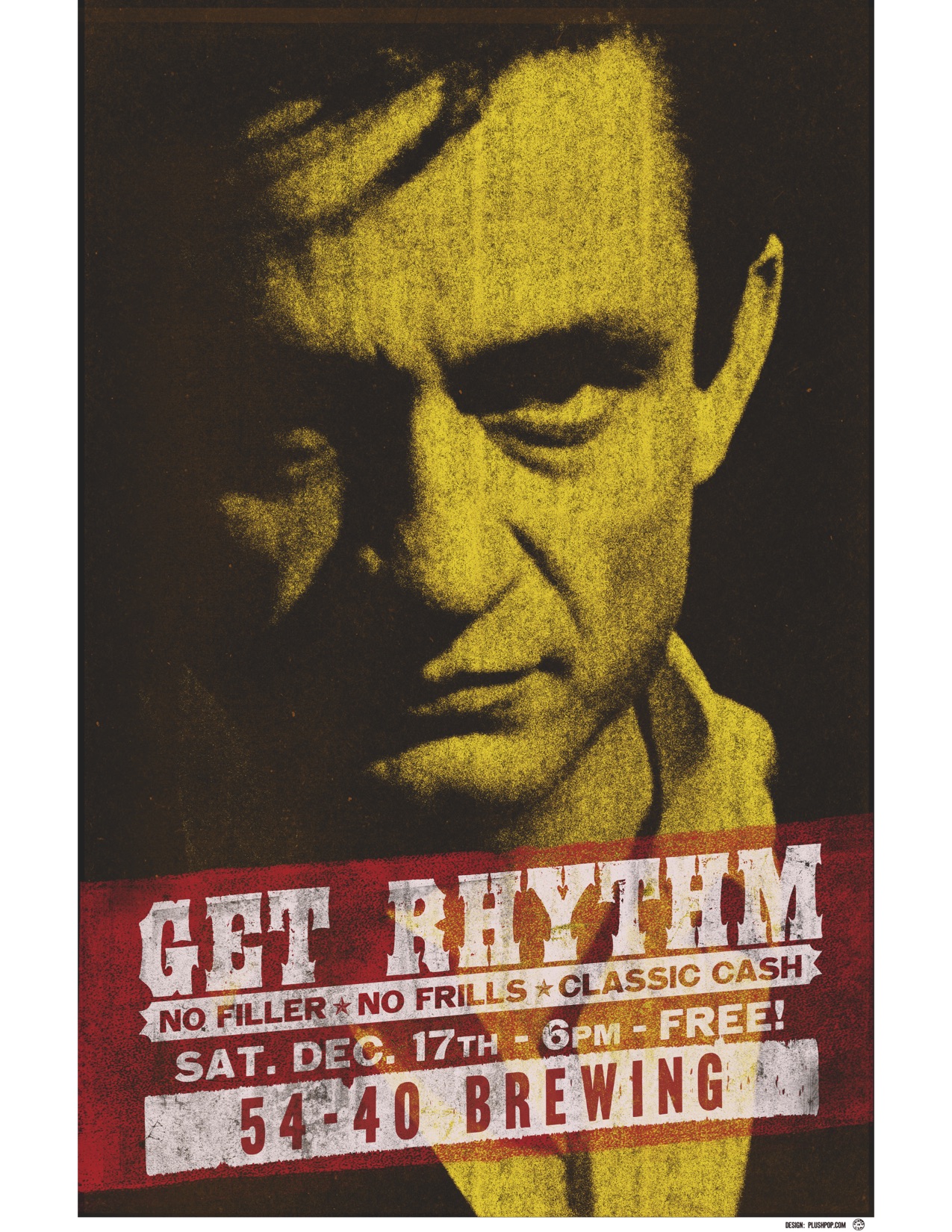 As 54°40′ Brewing winds down this year’s Twelve Days of Kölschmas, on the eleventh day the brewery has a special evening of country music in store. 54°40′ Brewing and BREWPUBLIC Presents Get Rhythm, a tribute to the Man In Black, Johnny Cash, on Saturday, December 17th from 6:00 to 8:00pm.

This all ages event with no cover will feature the Portland based band Get Rhythm playing the songs made famous by Johnny Cash. Get Rhythm was formed in Portland, OR in the spring of 2011 and feature Bryan Wiese (Vocals/Guitar), Michael Krasovech (Rhythm/Lead Guitar), Steve Lindsey (Bass), and Scott Pettit (Drums).

Feel free to bring in your own food for the show. There will also be a Portland Trail Blazer ticket giveaway during the festivities.

And on Sunday make sure to swing by when Santa Claus pays the brewery a visit. He’ll be there from 2:00 to 5:00pm. Bring your own camera and get a picture with Old St. Nick. As always, all ages are welcome!