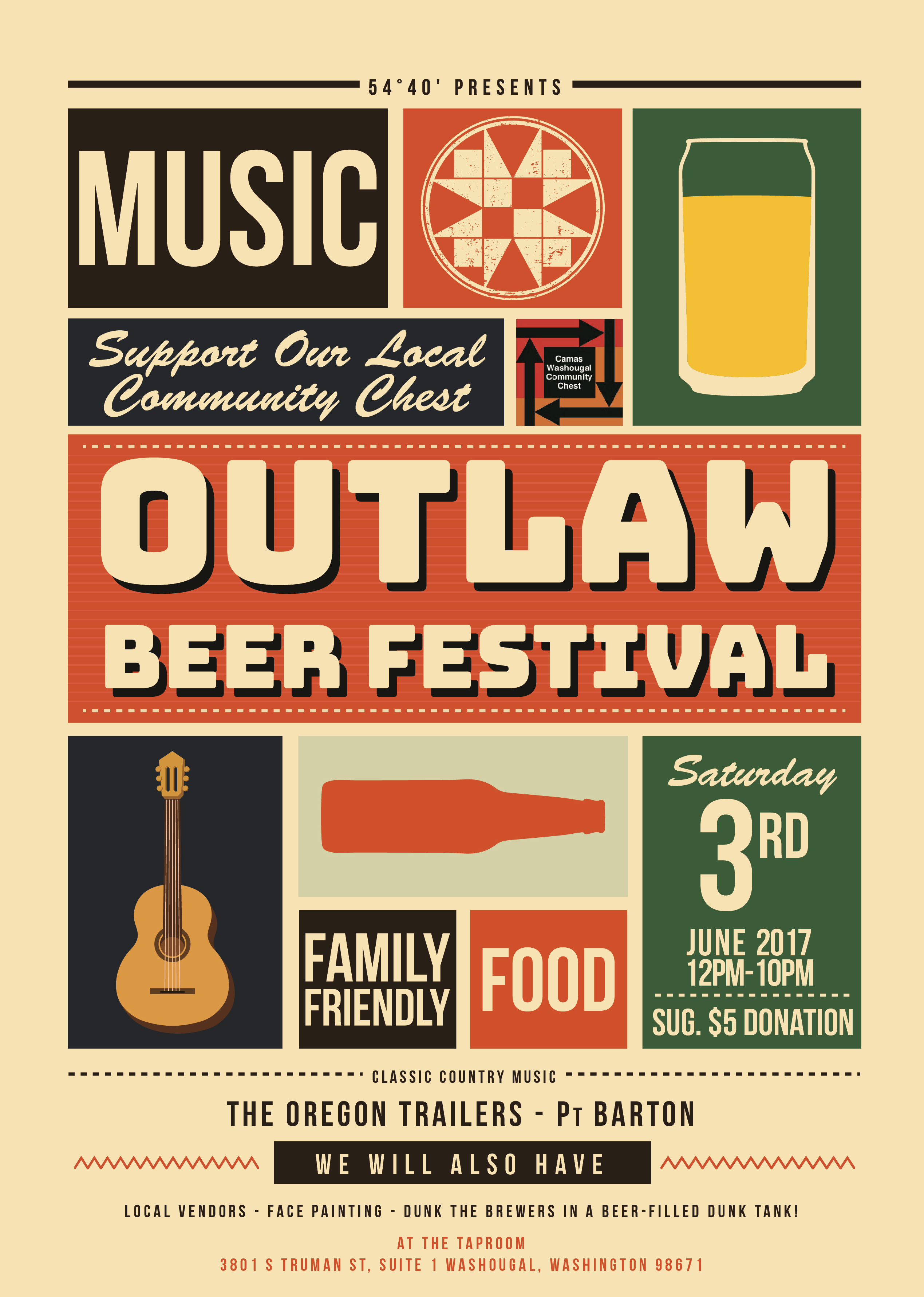 On the north side of the Columbia River there are a lot of things happening at 54°40’ Brewing Company. The one and a half year old brewery is set to host its inaugural Outlaw Beer Festival, release its popular Käscadia Kölsch in 12 oz. cans and launch a new beer with Preserve the Wonder IPA.

Outlaw Beer Festival pays tribute to the classic country music icons that have been lost over the years. The fest will take place at 54°40’ Brewing Company located at 3801 S. Truman Road in Washougal, WA on Saturday, June 3rd from Noon to 10:00pm. A $5.00 suggested donation at the gate to benefit the Camas-Washougal Community Chest.

After Merle Haggard’s death last year, 54°40’ hosted Haggard Fest over Memorial Day weekend as a way to celebrate the life and music of a true country original. This year the brewery wants to honor all of the country music mavericks that have passed and has established Outlaw Beer Festival as a new beer and music community event.

Outlaw Beer Festival is family friendly and will feature music from Pacific NW singer-songwriter Pt Barton and is headlined by outlaw country specialists The Oregon Trailers. Food will be on-site, with BBQ ribs, hamburgers, steaks, and more to benefit the local Camas Lions club. The highlight of the entire festival may just be the beer filled dunk tank, where you can put the brewers of 54°40’ in “the drink”.

54°40’ Brewing will also be debuting their brand new 12oz cans of Käscadia Kölsch. “Drinking cans of Käscadia in the summer sun has been a long time coming, and we can’t wait to pop-a-top with folks and listen to some great country,” says Bolt Minister, Owner and Brewer in a statement. There will also be a fresh tapping of Mama Tried, pre-prohibition American lager, a seasonal brewed in tribute to Merle Haggard. 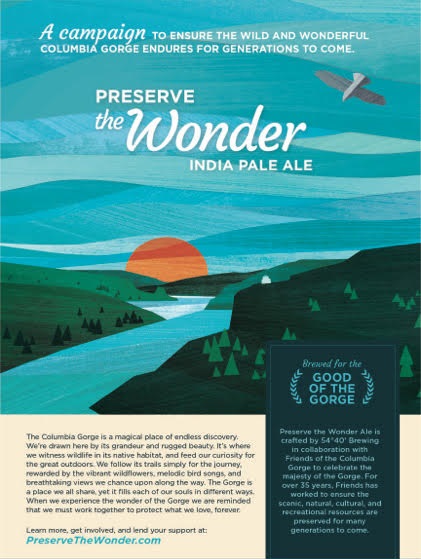 Also during the month of June 54°40’ Brewing will release a new seasonal draft collaboration with Friends of the Columbia River Gorge. This new beer, Preserve the Wonder IPA, will raise funds for the previously mentioned charity. Friends is a non-profit organization dedicated to protecting the Columbia Gorge. This seasonal release was brewed to help ensure the wild and wonderful Columbia River Gorge endures for generations to come.

The Preserve the Wonder campaign is Friends of the Columbia Gorge’s most ambitious land conservation effort to date, aiming to acquire and protect seven unique properties totaling more than 400 acres along the Washington side of the Columbia River Gorge. The thrust of the collaboration with 54°40’ is to invite local beer drinkers and environmentally minded consumers alike to learn about the conservation backstory behind Preserve the Wonder when ordering a pint.

At 6.1% ABV and 65 IBUs, Preserve the Wonder IPA is a citrus forward West-coast style India Pale Ale brewed with organic 2-row and Munich malts. Citra and Mandarina hops dominate the aroma for big bright citrus punch. “It’s a wonderful IPA to share with your friends while exploring the beauty of the Gorge,” states Bolt Minister Owner and Brewer at 54°40’ Brewing in a release.