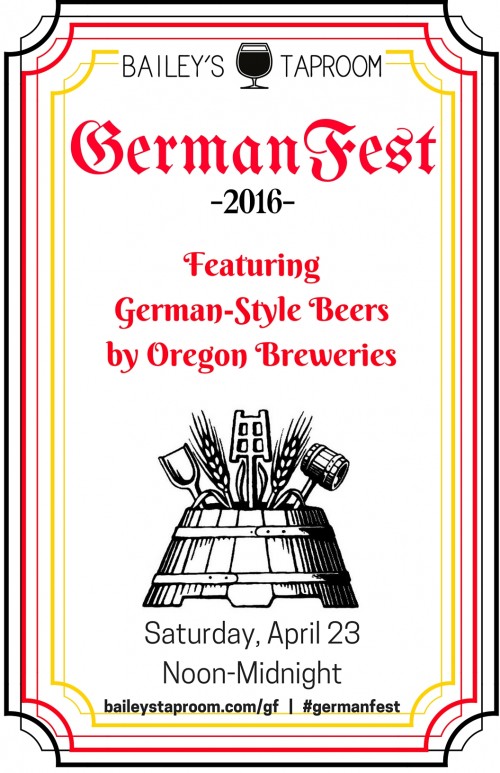 Returning for its sixth consecutive year will be GermanFest at Bailey’s Taproom on Saturday, April 23. From Noon until Midnight, Bailey’s Taproom will feature over twenty German-style beers all brewed from Oregon breweries.

By coincidence this year, Bailey’s GermanFest happens to take place on the same day as the 500-year anniversary of the Reinheitsgebot, better known as the German Beer Purity Law. Reinheitsgebot still lives on to this day at many Bavarian breweries and even breweries here in Oregon.

To add flavor to this year’s GermanFest, Bailey’s Taproom will have Altengartz German Brand Bratwurst parked out front of Bailey’s Taproom providing authentic German sausages throughout the day. 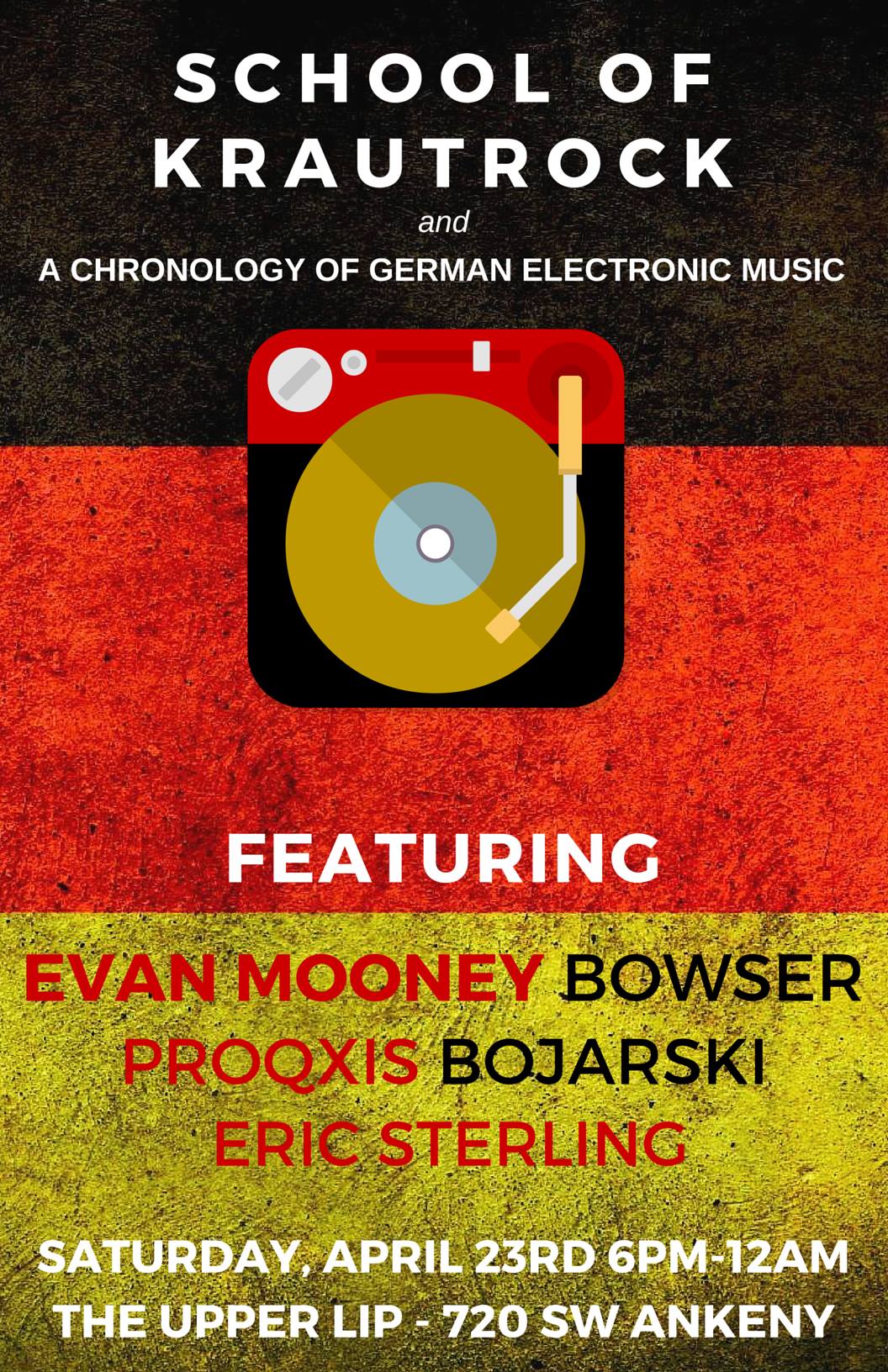 Here’s the evening’s lineup of music.

In addition to the mind blowing German music, The Upper Lip will feature six taps of German-style beers with origins ranging from Oregon to Germany. This list will feature Rosenstadt Brewery’s Kolsch and German Pale, Victory Brewing’s Kirsch Gose and Prima Pils, and Ayinger’s Alt Dunkel and Maibock.