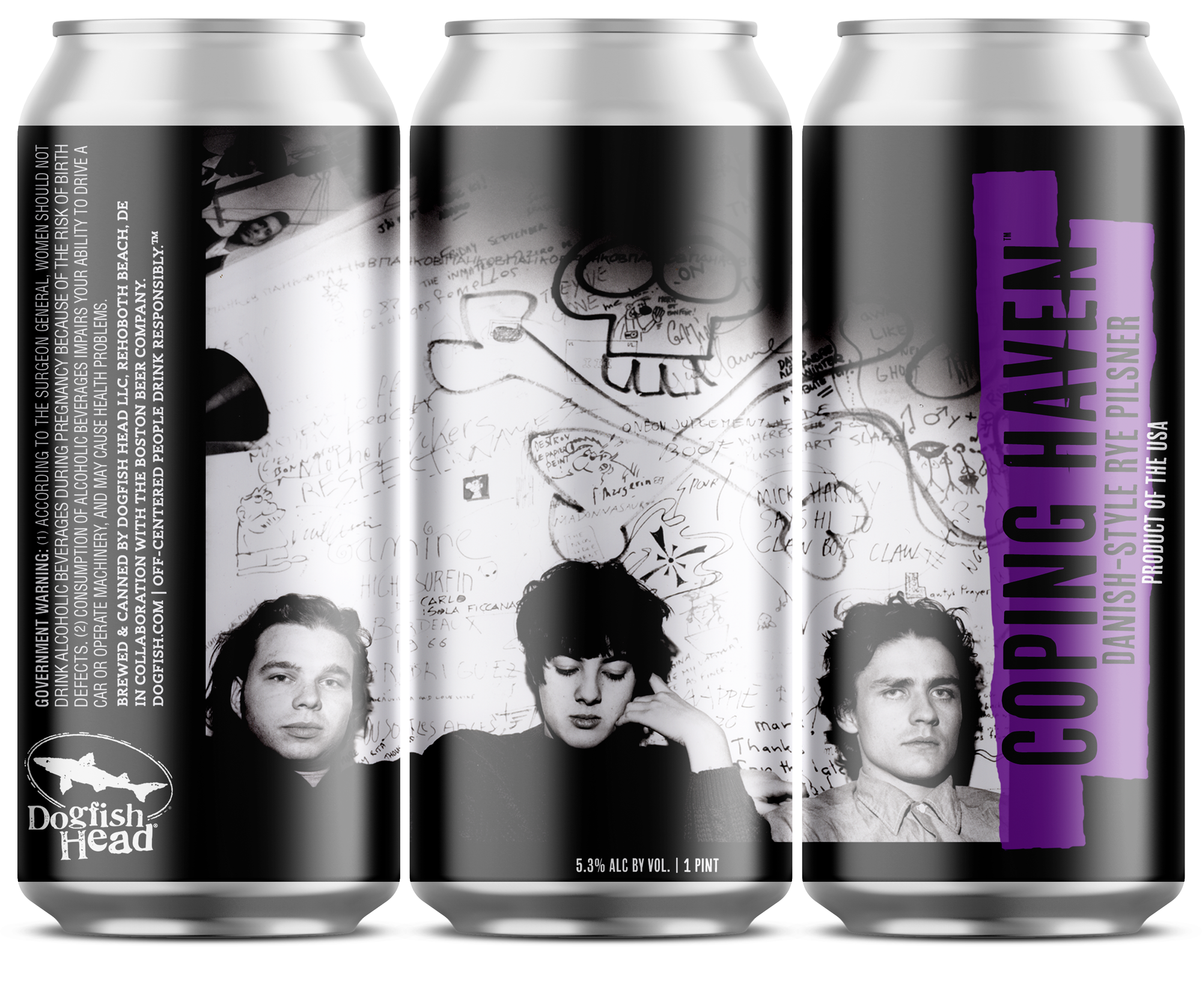 During normal times Record Store Day takes place during the month of April. This is year is a bit different as the day that independently owned record stores release multiple rare vinyl releases was delayed due to the COVID-19 pandemic. Now over four months later Record Store Day 2020 will take place on three Saturday over three months on Saturday, August 29th, September 26th and October 24th.

To help get beer fans ready for Record Store Day, Dogfish Head Craft Brewery will partner with indie rock trio, Galaxie 500, with a limited-edition beer and vinyl release slated for Saturday, August 29. As the Official Beer of Record Store Day, Dogfish Head will release Coping Haven. In addition to this new beer that is inspired by the band Galaxie 500, the band will release its iconic 1987 live performance, Copenhagen, on vinyl for the very first time.

Coping Haven is a Danish-style Rye Pilsner brewed from ingredients inspired by historical Danish brewing tradition, including floor-malted light golden pilsner malt, hearty malted rye and a blend of Moravian hops. The result is a characterful lager with floral and herbal hop aromas, a bready and gently spicy malt flavor, and a clean, dry finish. 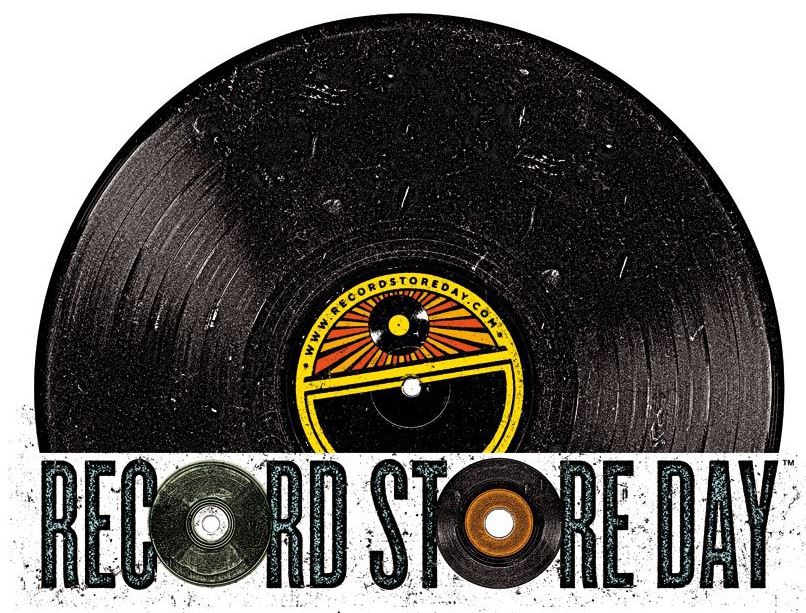 “Music has always held a special place in my heart, and I love that there is a huge overlap between craft beer drinkers and passionate music lovers,” said Sam Calagione, Dogfish Head founder and brewer. “When I founded Dogfish Head and we started brewing Analog Beers for the Digital Age, I was avidly searching for an exciting way to combine my love for music – vinyl specifically – and my passion for brewing high-quality, well-differentiated beers. In 2015, I met Michael Kurtz, co-founder of Record Store Day, and was presented with a picture-perfect partnership opportunity. Time flies when you are having fun … and now, Dogfish Head has proudly been the Official Beer of Record Store Day for six consecutive years.”

Originally scheduled for April 18, this year’s Record Store Day now features three drop dates: August 29, September 26, and October 24. The first Record Store Day Drops date is still a couple of weeks away, but Galaxie 500 fans can begin their celebrations now, as David Newgarden, longtime manager of Guided By Voices and Yoko Ono, has curated a collection of videos featuring 20 bands paying homage to Galaxie 500 songs. One new video will be released each weekday, culminating on Friday, August 28, the day before the release of Copenhagen on vinyl. Featured performers include Circuit des Yeux, Mercury Rev, Thurston Moore, Real Estate, Surfer Blood, Xiu Xiu and more. View the series at www.20-20-20.com. 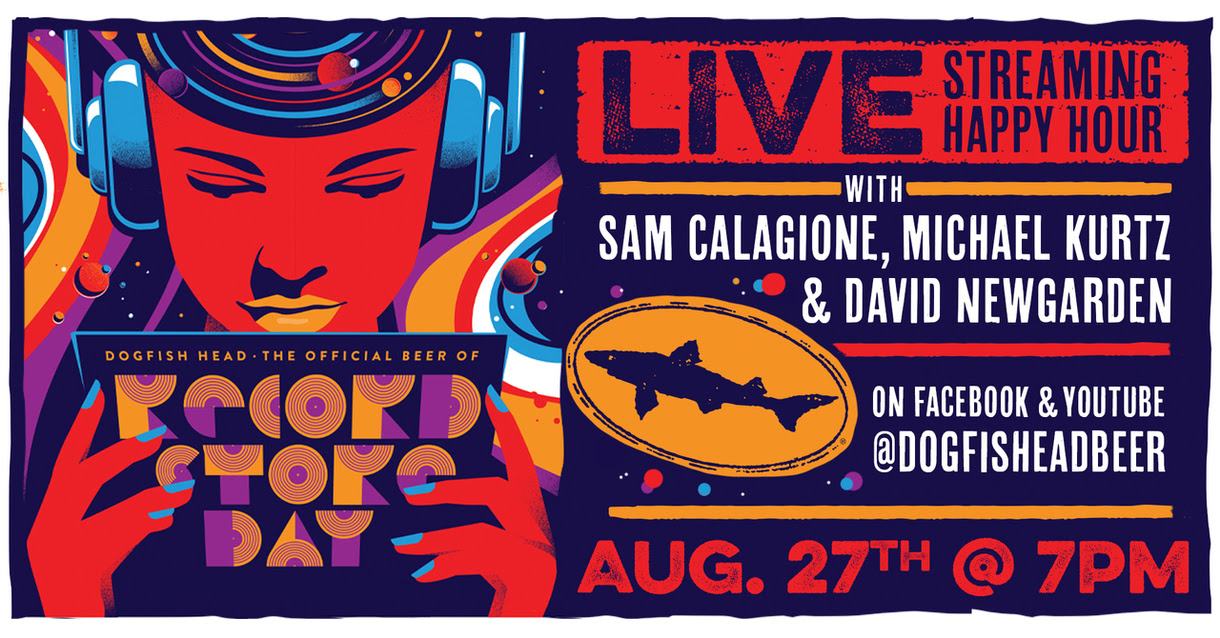 But wait, there is more! To get in the Record Store Day spirit, on Thursday, August 27, at 7 p.m. EST, folks are invited to tune in to Dogfish Head’s social media channels for a live-streamed happy hour with Calagione, Kurtz and Newgarden. The trio will discuss music, beer and everything in between, including the origins of Record Store Day, the history of Dogfish Head’s music collaboration beers and how listeners can support and celebrate the independently owned record stores nearest them. For more details, visit www.dogifsh.com.