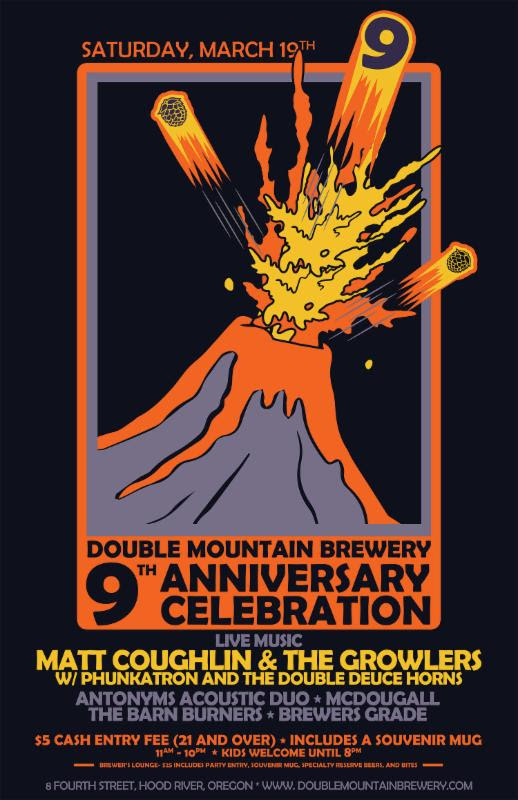 On Saturday, March 19, Hood River’s Double Mountain Brewery & Taproom will celebrate its 9th Anniversary. Yes, it’s been 9 years since one of Hood River’s favorite breweries began its operation. Through these 9 years there have been a few expansions to both the brewery and its taproom that has allowed the brewery to serve its customers better. We love the place for the beer…..and the great pizza!

For its 9th Anniversary, Double Mountain will be celebrating once again with a street party out in front of the Taproom with live music and tasty beers from 11:00am to 10:00pm. For the anniversary the brewers came up with its celebratory beer, 9th Anniversary Bourbon Barrel Aged Brown Divine 9.