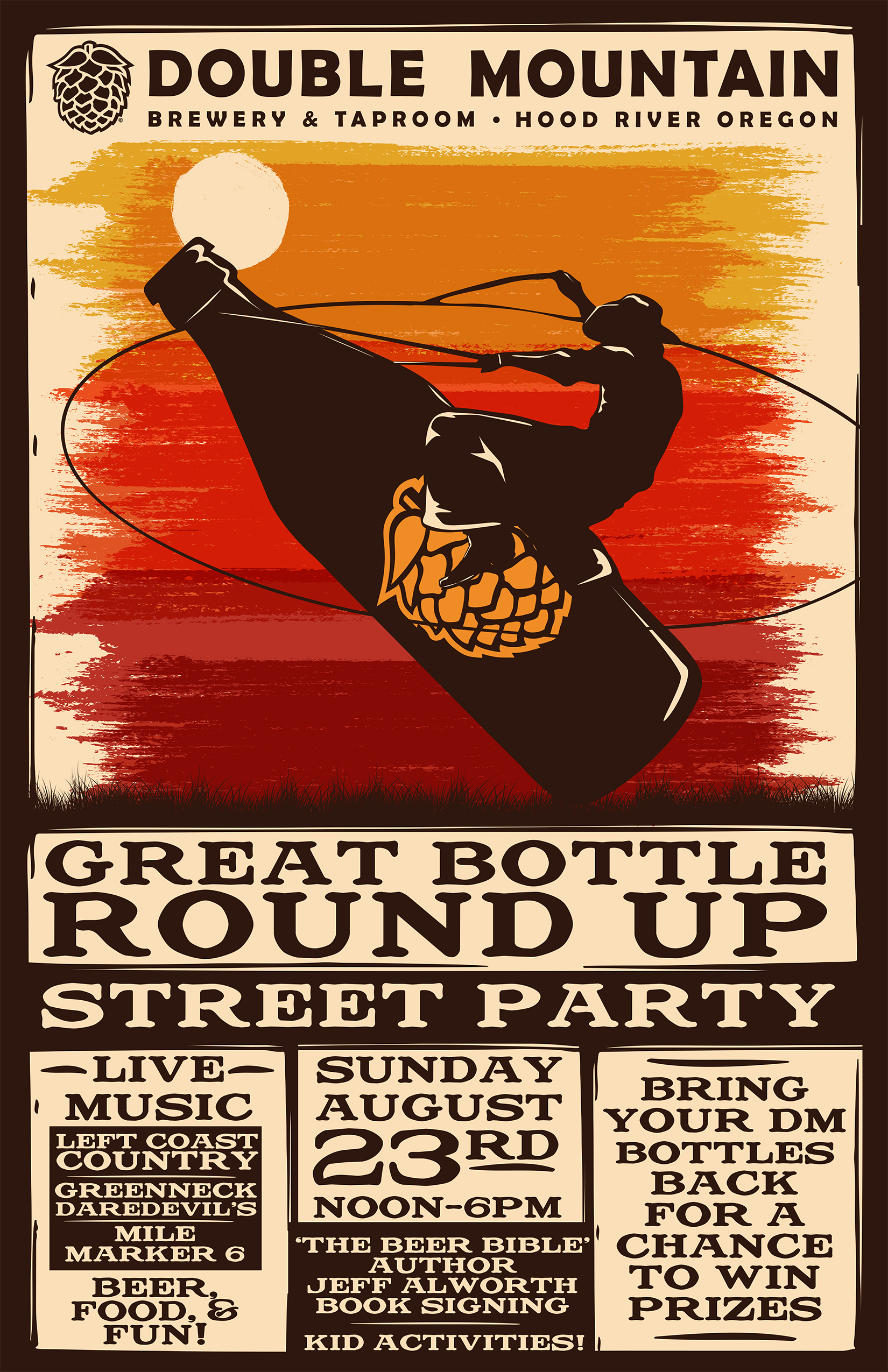 Ever since Double Mountain Brewery & Taproom began bottling its beers in returnable half-liter bottles almost three years ago the brewery’s goal was to receive as many of these bottles back to clean and refill. This is the ultimate circle in keeping our precious resources inline.

To assist in keeping this circle of bottles flowing from the brewery to the consumer and back, Double Mountain will host its Great Bottle Round Up Street Party on Sunday, August 23rd from Noon to 6:00pm. This will be a busy weekend in The Gorge as this is being hosted the day after the SOLOG Summer Brewfest in Parkdale, Oregon.

Recycling is good, but reusing is better. Help support Double Mountain’s bottle reuse program by bringing your Double Mountain bottles to Hood River for the Great Bottle Roundup for a chance to win prizes throughout the day on August 23rd. 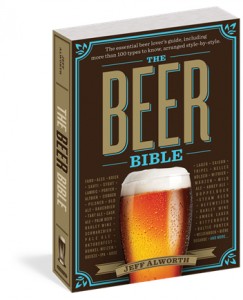 Also on hand that day will be Jeff Alworth for a book signing for his new book, THE BEER BIBLE, that hits store shelves this week. THE BEER BIBLE is described as the result of years of research spanning over 17,000 miles, six countries, and 52 breweries. From the publisher of The Wine Bible, this is the first truly comprehensive, style-by-style guide to the beers of the world. Complete with detailed photographs, maps, infographics, and lively writing, THE BEER BIBLE will fascinate and educate every reader, whether new to the subject or a longtime beer enthusiast.

Since this street party is hosted by Double Mountain there is sure to be live music. Be sure to arrive with your dancing shoes for a foot stomping good time with Oregon bluegrass favs: Mile Marker 6, Greenneck Daredevils, and Left Coast Country.

Double Mountains will have also food specials, kid activities, and a dunk tank hosted by the Gorge Roller Girls.