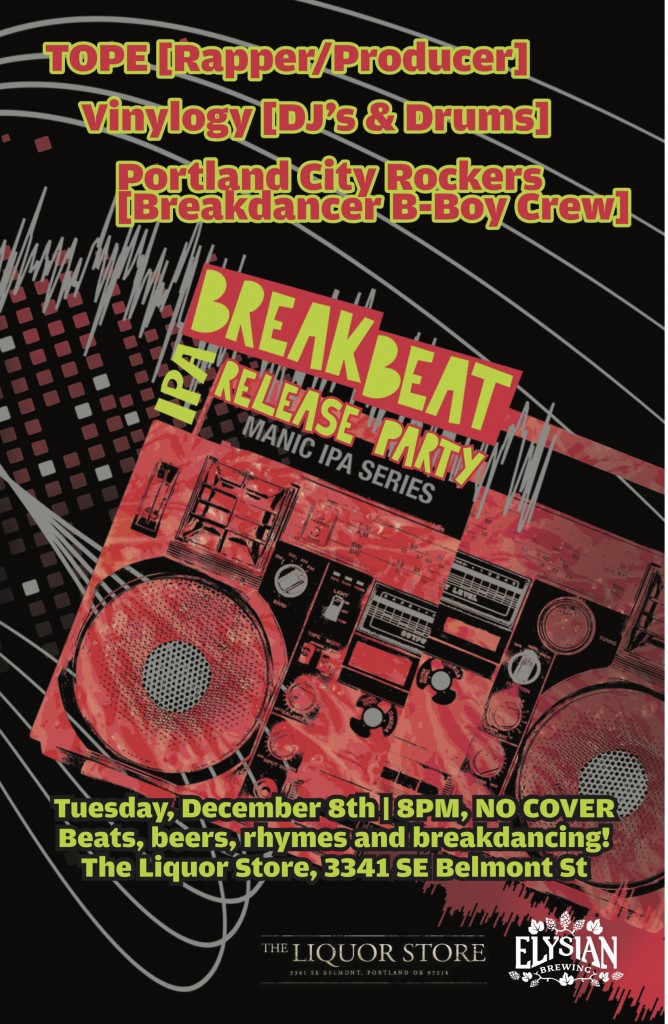 Elysian Brewing is set to release its latest IPA, Breakbeat IPA, for the Portland market on Tuesday, December 8. To live up to the beer’s name, Elysian will be featuring a night of music beginning at 8:00pm at The Liquor Store in Southeast Portland. And not to be confused with the name, The Liquor Store is an actual bar that opened earlier this year.

Breakbeat IPA is part of Elysian Brewing’s Manic IPA Series. To launch this new release, Elysian Brewing has lined up a night of beats, beers, rhymes and break-dancing. Here’s the lineup for the release.

TOPE (Rapper/Producer)
Considered one of the top up and coming artists from the Northwest region and has been recently featured on XXL, The Source, 2DopeBoyz, Okayplayer, Jay-Z’s Life + Times, Hip Hop Wired, Hip Hop DX, and more..
http://itstope.com/

DJ REV SHINES will be keeping the beats upstairs in the street level bar.