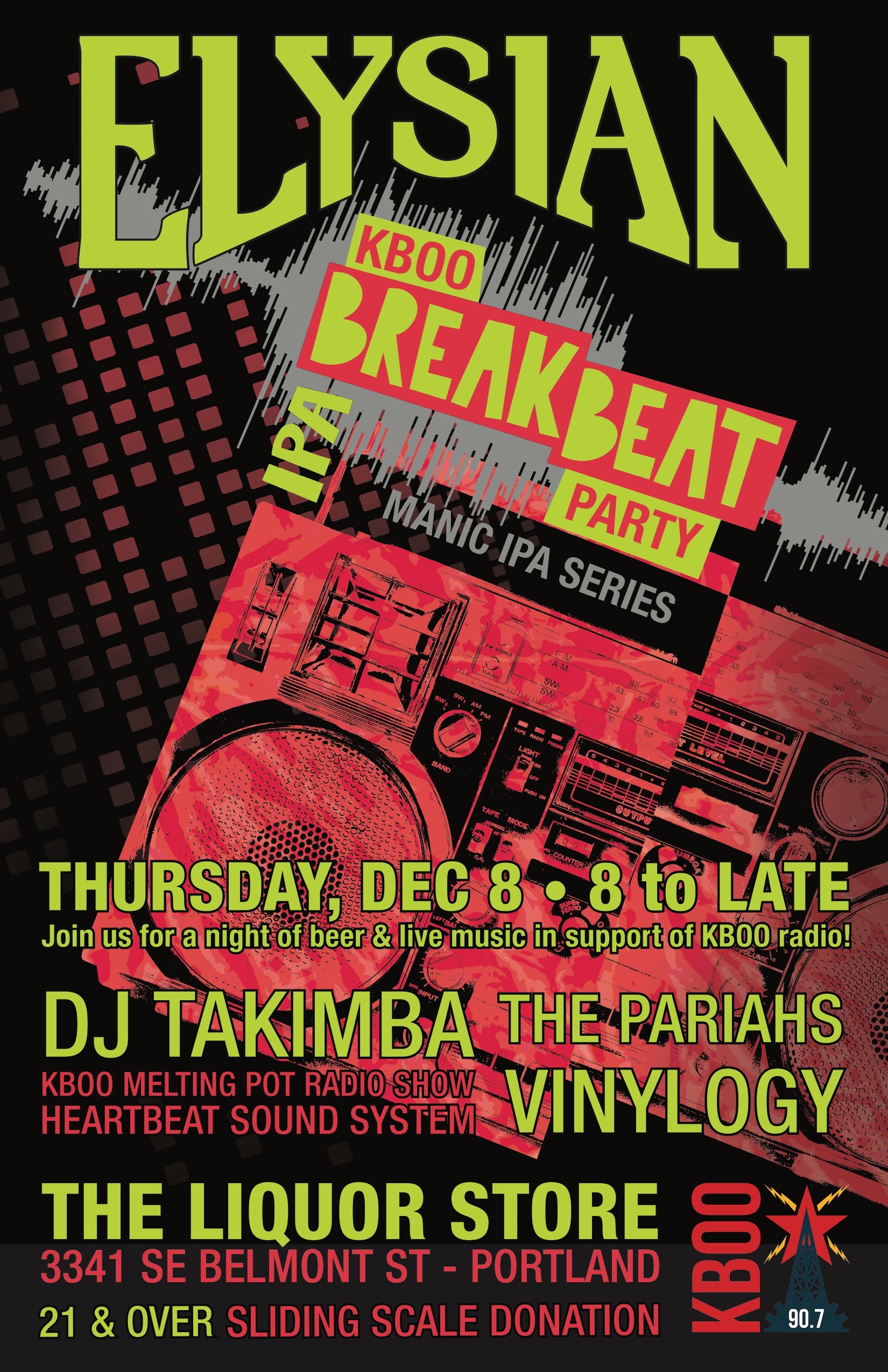 Elysian Brewing and KBOO Radio are teaming up for a night to raise funds for one of Portland’s treasured radio stations. On Thursday, December 8th, The Liquor Store will host the Breakbeat IPA Party that benefits KBOO beginning at 8:00pm and will last until the late night hours.

For this fundraiser, Elysian Brewing and KBOO have lined up a phenomenal night of beers, beats, rhymes and dancing to raise funds for KBOO Radio while celebrating the latest release from Elysian Brewing’s Manic IPA Series, Break Beat IPA. Come enjoy some brews, check our some great live music and support KBOO! This event is for those 21 years of age or older and entry is an optional sliding scale donation to KBOO.

Musical Line-Up:
TAKIMBA (DJ/Host of The Melting Pot Radio Show on KBOO Radio; Heartbeat Sound Systems)
With Takimba’s unique sound and over a decade of experience vibrating dance floors, he brings a blend of heat that crosses genres and continents. Mixing and blending from his extensive, selection of everything from downtempo & hip hop to house & breaks to make any dance floor move.
https://soundcloud.com/meltingpotmusic http://www.heartbeatsoundsystems.com/

THE PARIAH’S
Portland based, Live Hip-Hop Band featuring MC Wes Guy backed up by a live band blending Hip-Hop, Jazz, R&B and Alternative to light up the dance floor.
https://facebook.com/thepariahspdx/

Stay up to date on Breakbeat IPA Party by following its Facebook Event Page.