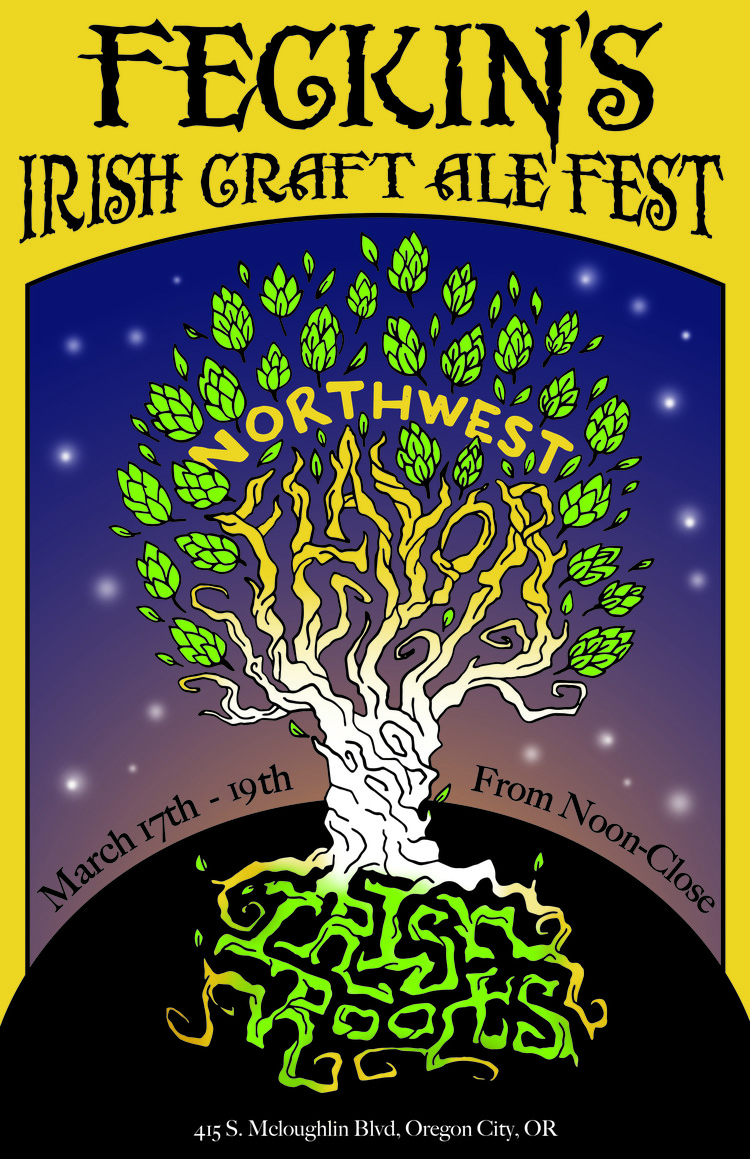 Until two and a half years ago the first incorporated city west of the Rocky Mountains did not have a modern day brewery of its own. In late summer of 2013 Feckin Irish Brewing Company began brewing its beers in Oregon City, Oregon. Since this time two additional breweries have opened its doors in this historic town, Oregon City Brewing and Coin Toss Brewing.

If you’ve yet to visit Feckin Irish Brewing the upcoming St. Patrick’s Day weekend will be a prime opportunity to do so. From March 17 – 19, Feckin Irish Brewing will host its inaugural Feckin Irish Craft Ale Festival. During the 3-day festival Feckin will feature over a dozen local breweries serving Irish style brews with Northwest flavors and traditional Irish roots. The festival will run from Noon to close each day and is only for those 21 years of age or older.

Stay up to date on Feckin Irish Craft Ale Festival by following its Facebook Event Page.