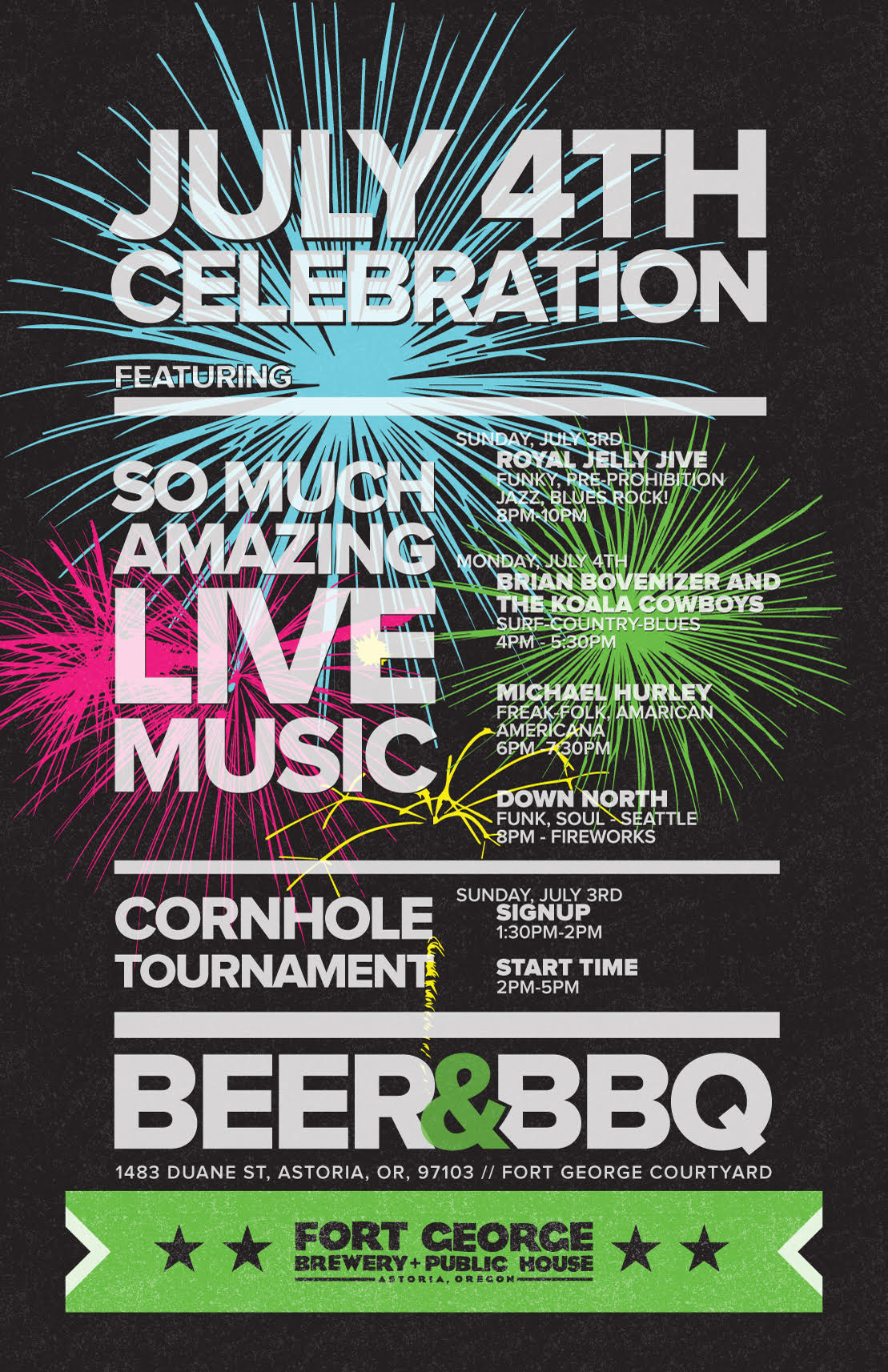 With the Fourth of July approaching, Fort George Brewery + Public House will be doing a new event this year with its Fort of July. Astoria’s brewery up on the hill will be hosting two days of events from July 3 – 4. As long as the weather gods cooperate, the festivities will extend out into the courtyard offering live music, outdoor BBQ, and of course some delicious craft beer.

Here’s the lineup of events.

Since it’s the America’s Birthday, there is no cover to take advantage of all of this entertainment. All ages are welcome and leashed dogs are allowed in the outdoor spaces, as long as they are welcoming to everyone. Raise a pint at the public house and celebrate our Nation’s birthday. To Independence!