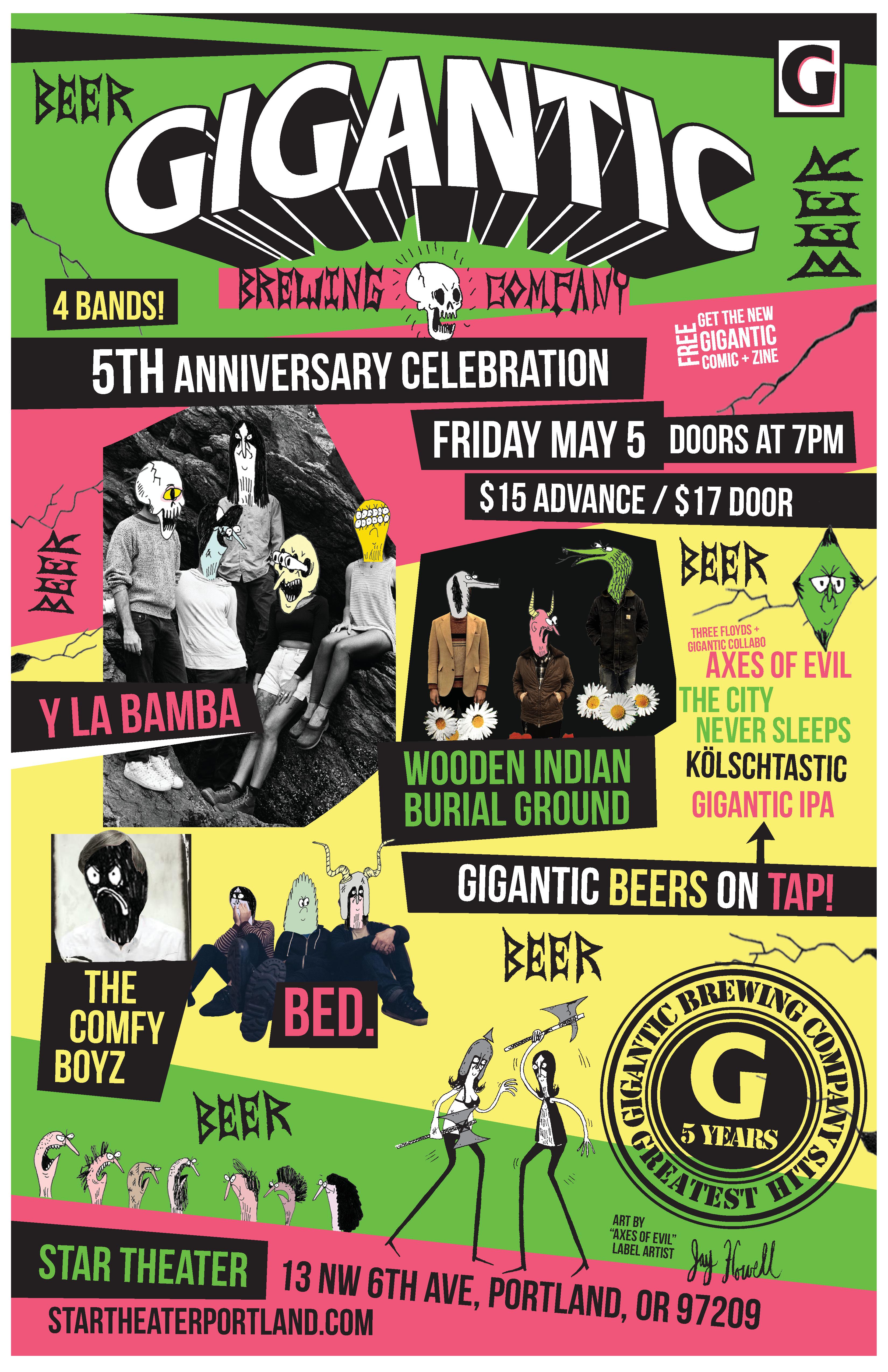 Gigantic was founded in SE Portland in 2012 with one mission: to make delicious beer. Gigantic labels feature original art created by artists from around the world. Recently the brewery also started pairing songs with their beers, including a free download on each seasonal beer label. This 5th anniversary show features bands that have or will appear on Gigantic seasonal beer releases.

Y La Bamba  (complete band performance)
It’s easy to talk about an artist’s growth as a series of musical decisions: an expanding sonic palette, a change in mood or tempo, an escape from the trappings of genre. It’s harder to talk about an artist’s personal—or even spiritual—growth, because that kind of progress is hard to track. Until, that is, an album like Y La Bamba’s Ojos Del Sol comes along and screams of radical transformation on every level. The Portland act’s fourth offering is a sweeping, playful and vulnerable collection that’s ripe with both musical and personal discovery. From the intimate, contemplative verses of the Spanish language title track to the revelations delivered over the loping beats of “Ostrich,” this is an album that’s painstakingly produced while remaining emotionally raw.

Throughout the collection, Y La Bamba front woman Luz Elena Mendoza returns to themes of searching and metamorphosis. On one level, this is born from the Y La Bamba front woman’s continuing exploration of her identity as Mexican woman. Both of Mendoza’s parents grew up in Mexico—Luz was born in San Francisco, then brought up in a strict Catholic household in Southern Oregon. She spent her childhood summers playing in the orchards of California’s San Joaquin Valley with her cousins, and it was there that she soaked up the melodies and stories that were being told through traditional folk songs with three part harmonies. These are sounds that remain a vital building block of the songs on Ojos Del Sol, an album which she says represents “a celebration of family and community.” 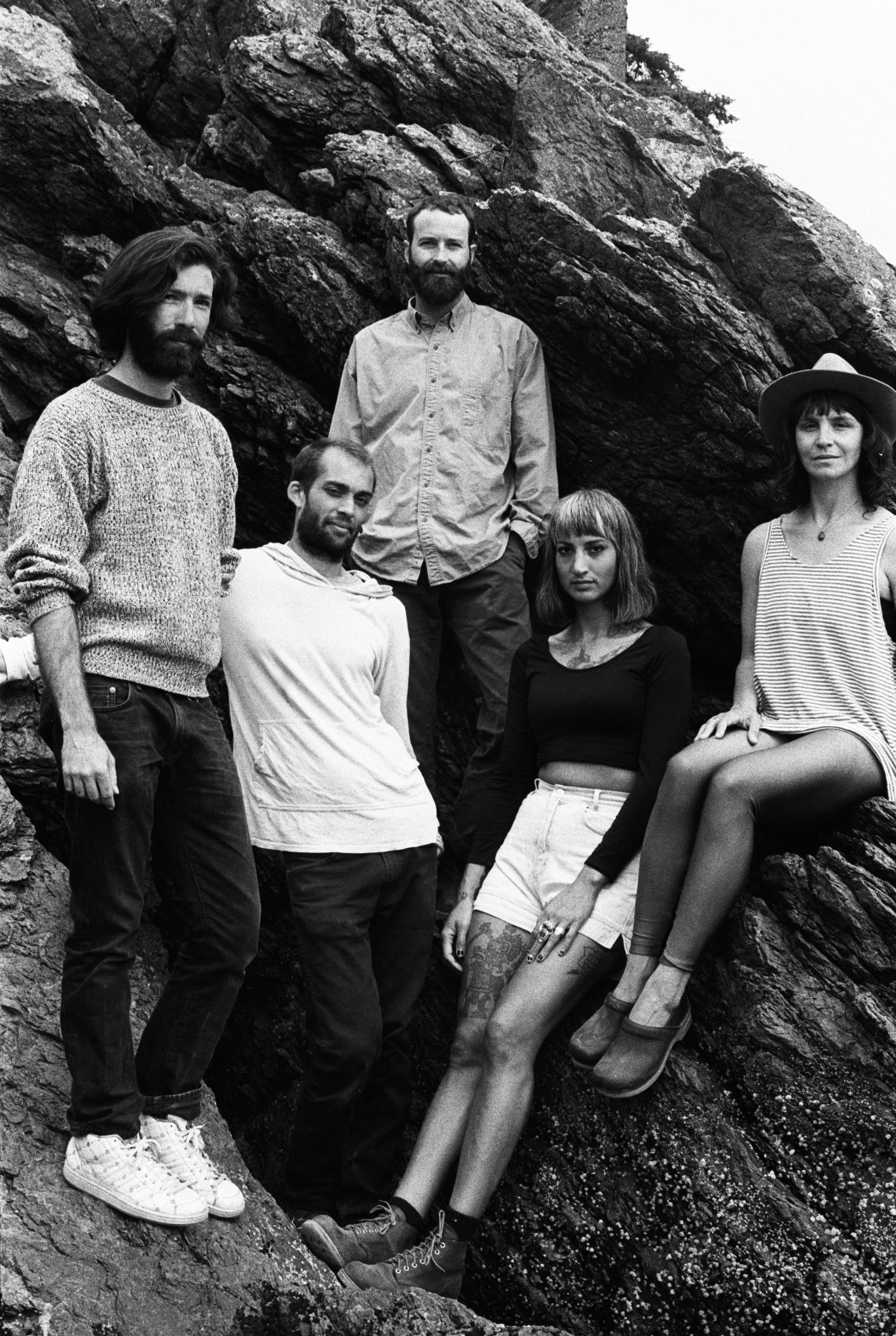 But on another level, Ojos Del Sol is about Luz’s search for shared humanity outside of her own community, and for a faith that is greater than just religion. These are themes that run throughout Y La Bamba’s body of work—with roots in a 2003 journey to India, which found Mendoza falling ill and trading her Christianity for something broader—but there’s amaturity to Ojos Del Sol that speaks to true, lasting transformation. You can hear this on the lush “Kali,” where she sings— with wonderment rather than fear—that “to know yourself is to lose everything.” And you can hear it on the album’s epic closer,“Ulysses,” where Mendoza sings that her life is “written in sand and ash and stone.

These are songs built to soundtrack coming to grips not just with one’s own mortality, but with the fragility of the world. This is heady, emotional fare, and “this record is about being a mother to these emotions,” Mendoza says.
http://www.ylabamba.com/ 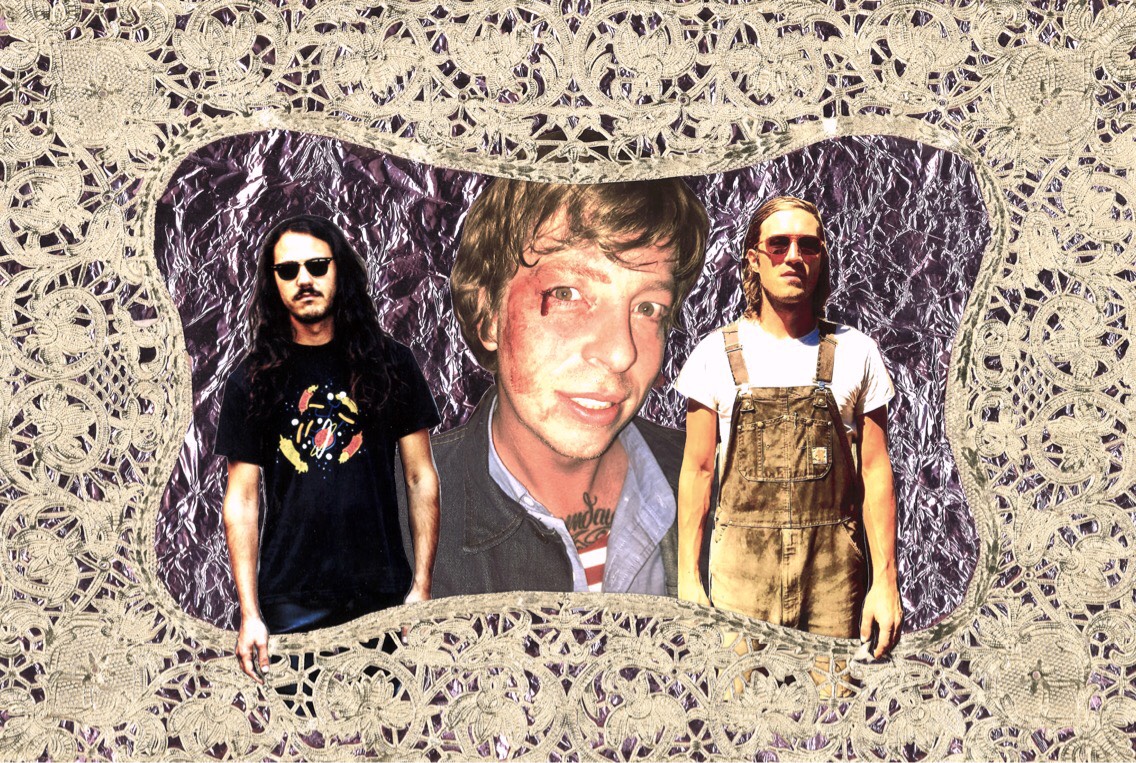 bed.
bed. has spent the last few years releasing a steady stream of singles, gradually creeping into existence, most of which were released in June as the Klickitat EP on Portland indie label Bug Hunt.

Their latest single, Girl, is the first from their upcoming debut full-length album, which was produced by Larry Crane (Elliott Smith, Quasi, Jason Lytle) at Jackpot! Recording Studio in Portland last winter.
https://thisisbed.bandcamp.com/ 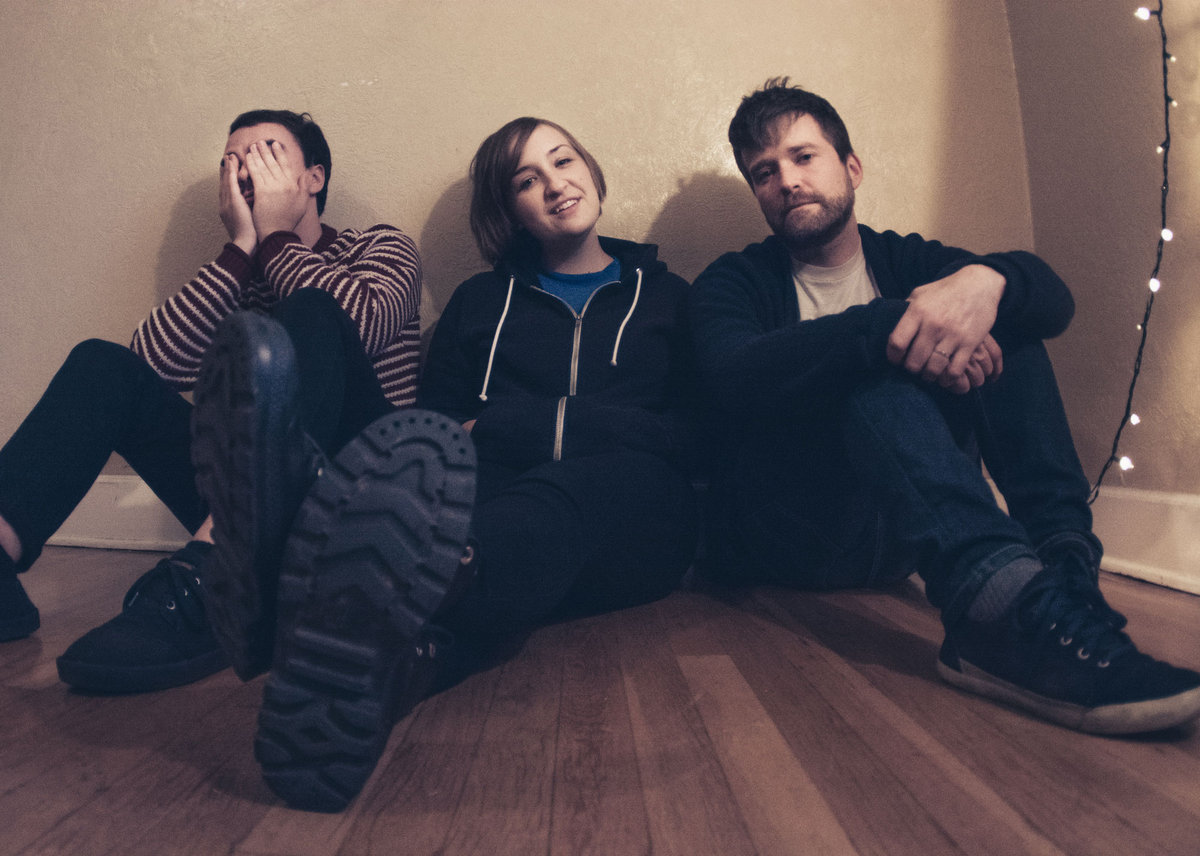 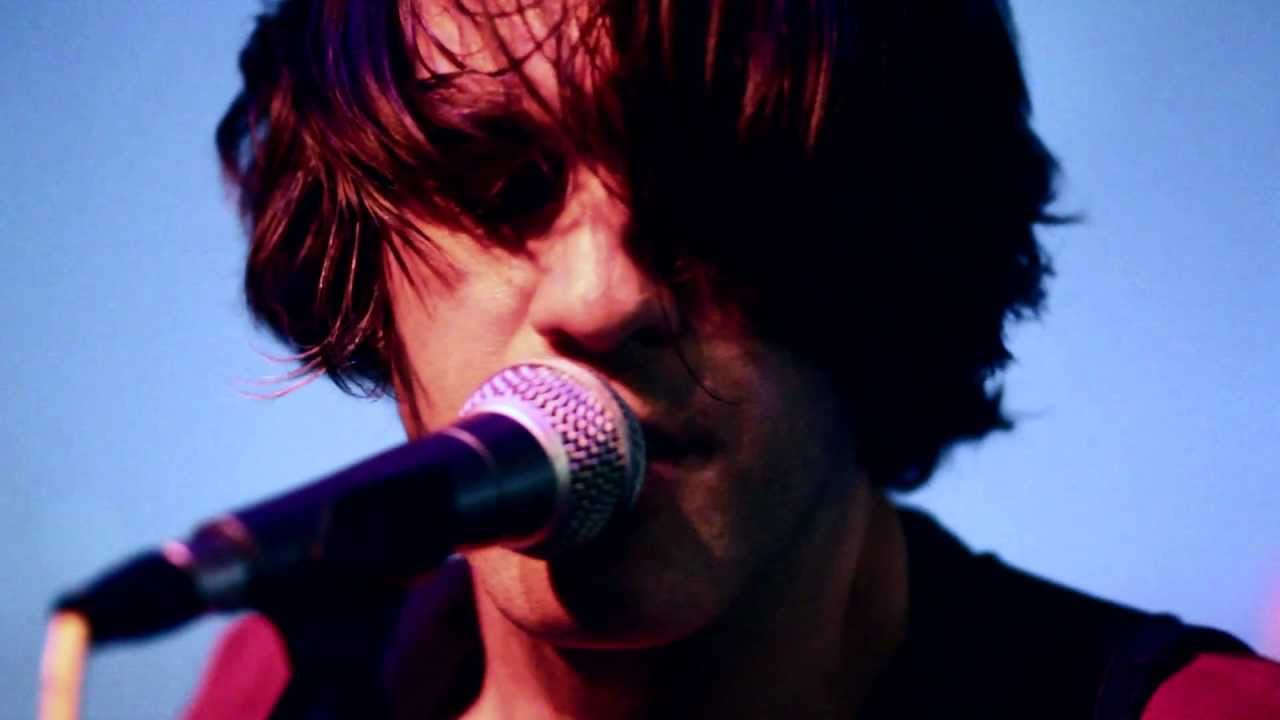