Gigantic Brewing’s release for its new Lustrous will be held on Sunday, August 7, from 5:00 to 7:00pm at La Moule located at 2500 SE Clinton St, Portland, Oregon.

Gigantic first song pairing for Lustrous Belgian Farmhouse is with Portland band bed. and features the song “The Rule” from their new album “Klikitat”. “We felt like bed.’s slow-fi sound fit perfectly with the label art, as well as summer days”, said Love. “Now having a bottle of Gigantic is a complete experience; you drink the beer, enjoy the art on the label and listen to the song”. Lustrous features label art by New York artist Tara Macpherson.

The musical pairing was facilitated by local record label Tender Loving Empire. Gigantic and Tender Loving Empire have been collaborating for the past year on events. Starting with Lustrous, all the new seasonal beers from Gigantic will feature a paired song that drinkers will be able to access via a QR Code on the label or via www.GiganticBrewing.com, where they will be taken to a webpage for the seasonal beer and the opportunity to download the song for free.

Lustrous is a golden, effervescent and refreshing farmhouse ale with a kiss of orange peel. For Lustrous Gigantic wanted to bring a summer twist to saison by adding orange peel and dry hopping with Mandarina Bavaria hops. Fermented with French saison yeast, the beer has bright citrus, with peppery and floral notes with a dry finish.

So slowly open a Lustrous, zone out on the label art, and listen to your free download of “The Rule”: https://giganticbrewing.com/pages/lustrous 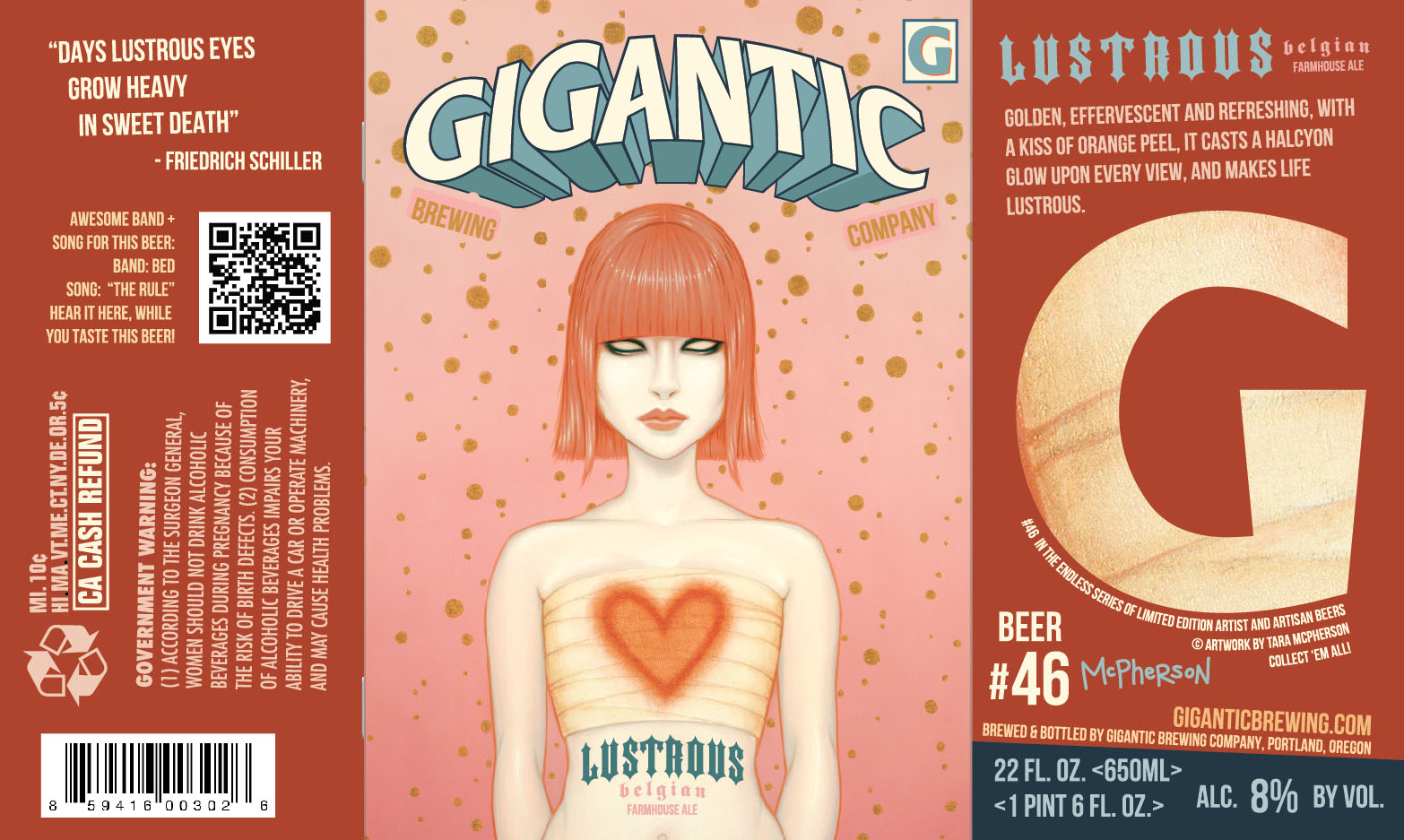 Tara McPherson is an artist based out of New York City. Creating art about people and their odd ways, her characters seem to exude an idealized innocence with a glimpse of hard earned wisdom in their eyes. She explores, through portraiture, the realms of our psychological states via myths, legends, astronomy, physics, nature, love, loss, childhood and good old life experience. Giving us a peek into the complexities of the human psyche through her otherworldly characters. http://www.taramcpherson.com/

Gigantic Brewing Company is an independent, crafty brewery located in the Southeast quadrant of the Peoples Republic of Portland. Brewer/Owners Ben Love and Van Havig are veterans of the Oregon brewing community. They hold themselves to a simple principle – Never Give an Inch. www.GiganticBrewing.com

Tender Loving Empire (TLE) is an independent record label and local handicraft concept store based in Portland, Oregon. The record label side has established local and national recognition through a successful roster of indie rock and indie folk bands. www.tenderlovingempire.com 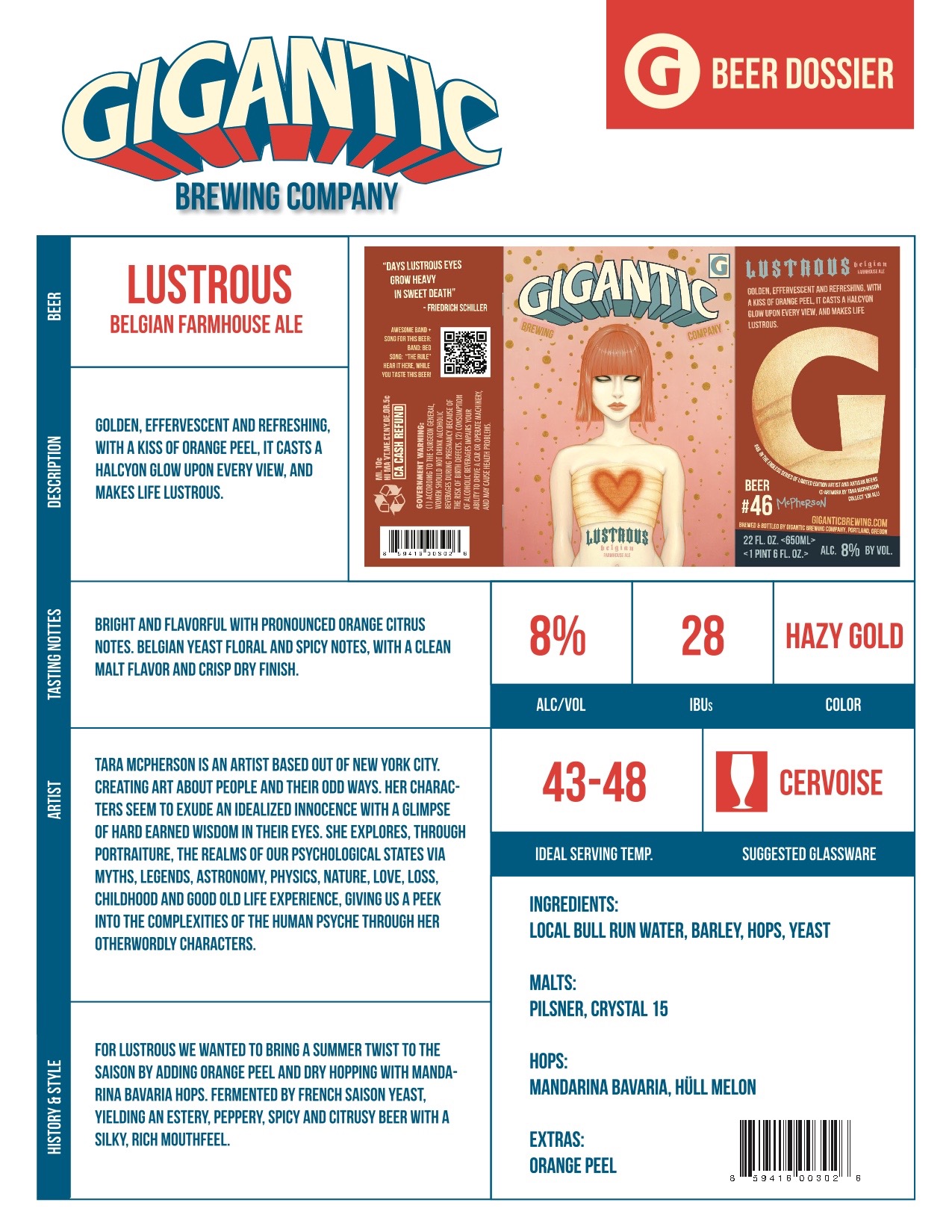