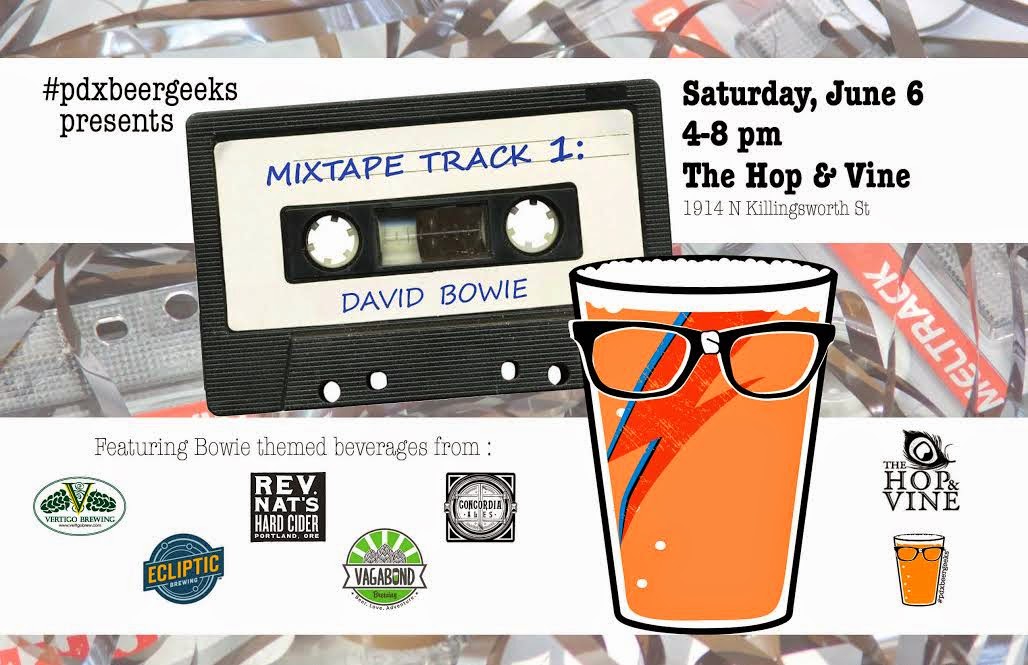 The intersection of beer and music is one that we find extremely enjoyable. There’s nothing better than listening to some of your favorite music while sipping on some delicious craft beer.

All of this will happen tomorrow on Saturday, June 6th when The Hop & Vine will host #pdxbeergeeks Present Mixed Tape Track 1: David Bowie. From 4:00 to 8:00pm, The Hop & Vine will be saluting The Thin White Duke with beers from Vertigo Brewing, Concordia Brewing, Ecliptic Brewing, Vagabond Brewing and a cider from Reverend Nat’s.

The folks behind #pdxbeergeeks had a dream where two of their favorite worlds collided; a dream of music and beer. What has resulted is a new series of events, the Mixtape. Each Mixtape event will feature invited breweries to make a one-off beer inspired by a chosen artist or band. For the inaugural selection #pdxbeergeeks have chosen the Thin White Duke aka Ziggy Stardust, the perennial favorite, David Bowie.

Featured breweries and cideries include: