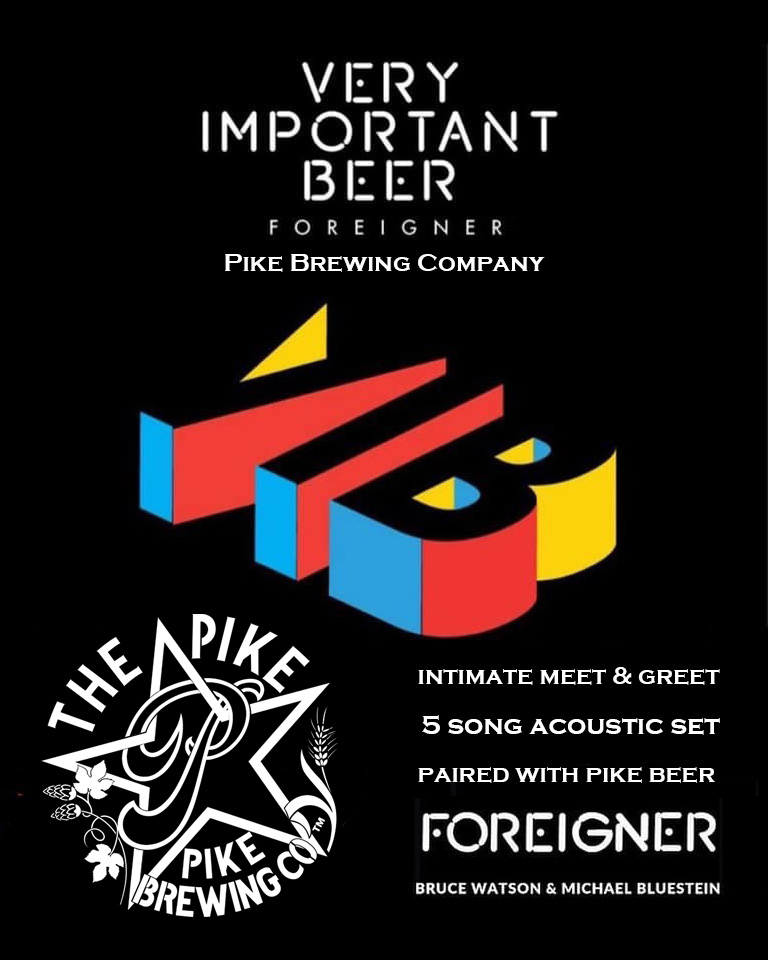 As Pike Brewing Company prepares to celebrate its 30th anniversary in October, the legendary Seattle brewery will partner with the band Foreigner for the band’s Very Important Beer series.

In mid-September, Foreigner will be performing at the Washington State Fair, but two days prior to this headlining concert Foreigner will perform in an intimate setting at Pike Brewing. The band will perform a live acoustic set along with a meet and greet on Monday, September 16th to 80 lucky fans.

The brewery located inside Pike Place Market will become an intimate music venue that will allow fans to get up close and personal with Foreigner for only $45.00 ($48.78 after fees). Plus, band members Bruce Watson and Michael Bluestein are beer geeks as both are Cicerone Beer Servers. In addition to the songs performed, the two will also share their tasting notes on the Pike beers that they’ll be enjoying during their evening musical set.

Doors will open at 5:00pm with the music set to begin at 6:00pm. Only 80 fans will be able to enjoy this intimate meet and greet with Bruce Watson and Michael Bluestein and rock out to a five-song acoustic set paired with Pike beer, including their hits I Want To Know What Love Is, Cold As Ice, Feels Like The First Time, and more.

Tickets are Now On Sale and the event is for those 21 years of age or older.