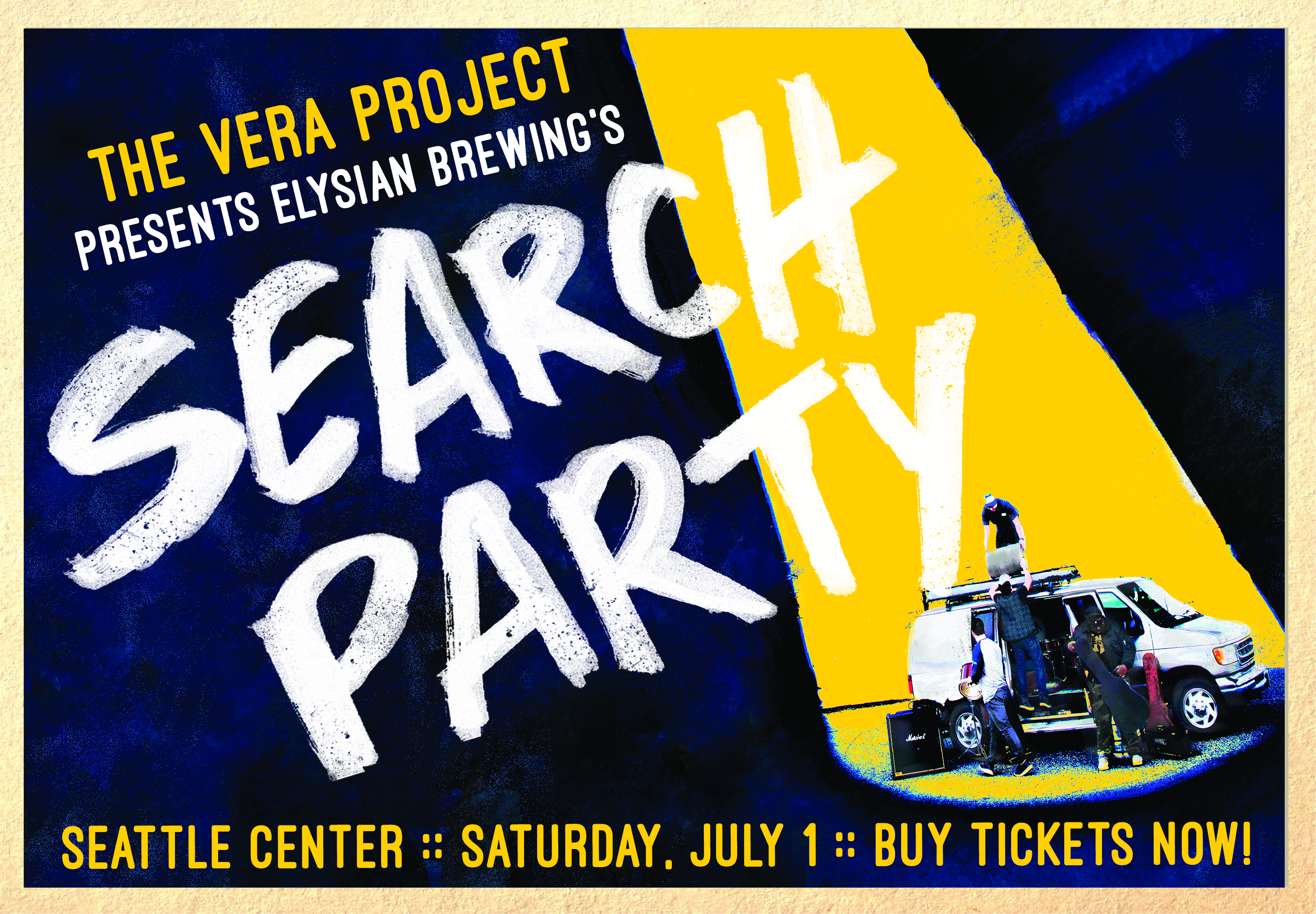 After last year’s Elysian 20th Anniversary at Seattle Center the Elysian Brewing is back at it once again hosting a day of live music under the iconic Space Needle. On Saturday, July 1, 2017, Elysian Brewing and The Vera Project presents Search Party featuring The Sonics, The Struts, Black Pistol Fire and Thunderpussy.

From 2:00pm to 10:00pm Elysian Brewing will bring four bands and over 40 beers to the Seattle Center with 100% of the proceeds benefiting The Vera Project. Many of the beers pouring will be from Elysian plus a few other varieties from friends of theirs.

WIN FOUR GENERAL ADMISSION TICKETS BY COMMENTING ON THE ARTICLE BELOW! RANDOM DRAWING WILL TAKE PLACE ON JUNE 9, 2017.

Day of show ticket prices will increase to $40.00 each. Regardless of when the tickets are purchased each entry will also include four drink tickets. Search Party is only open to those 21 years of age or older.

In addition to loads of great beer, live music, local food trucks, art from The Vera Project and activities that will be scattered throughout the event there will be some additional performers for Search Party. Look for Chaotic Noise Marching Corps performing, KEXP DJ Riz Rollins spinning tunes and Apex Aerial Arts talents. Plus, there’s sure to be a few surprises along the way. Stay tuned to the Search Party FAQ page for festival updates and details.

The weekend of June 30th is gearing up to be a great one in Seattle for beer and music lovers. With Sierra Nevada Brewing Beer Camp on Tour Fest taking place on Friday evening, June 30th followed by Elysian Brewing Search Party the following day a trip to Seattle is an excellent idea!