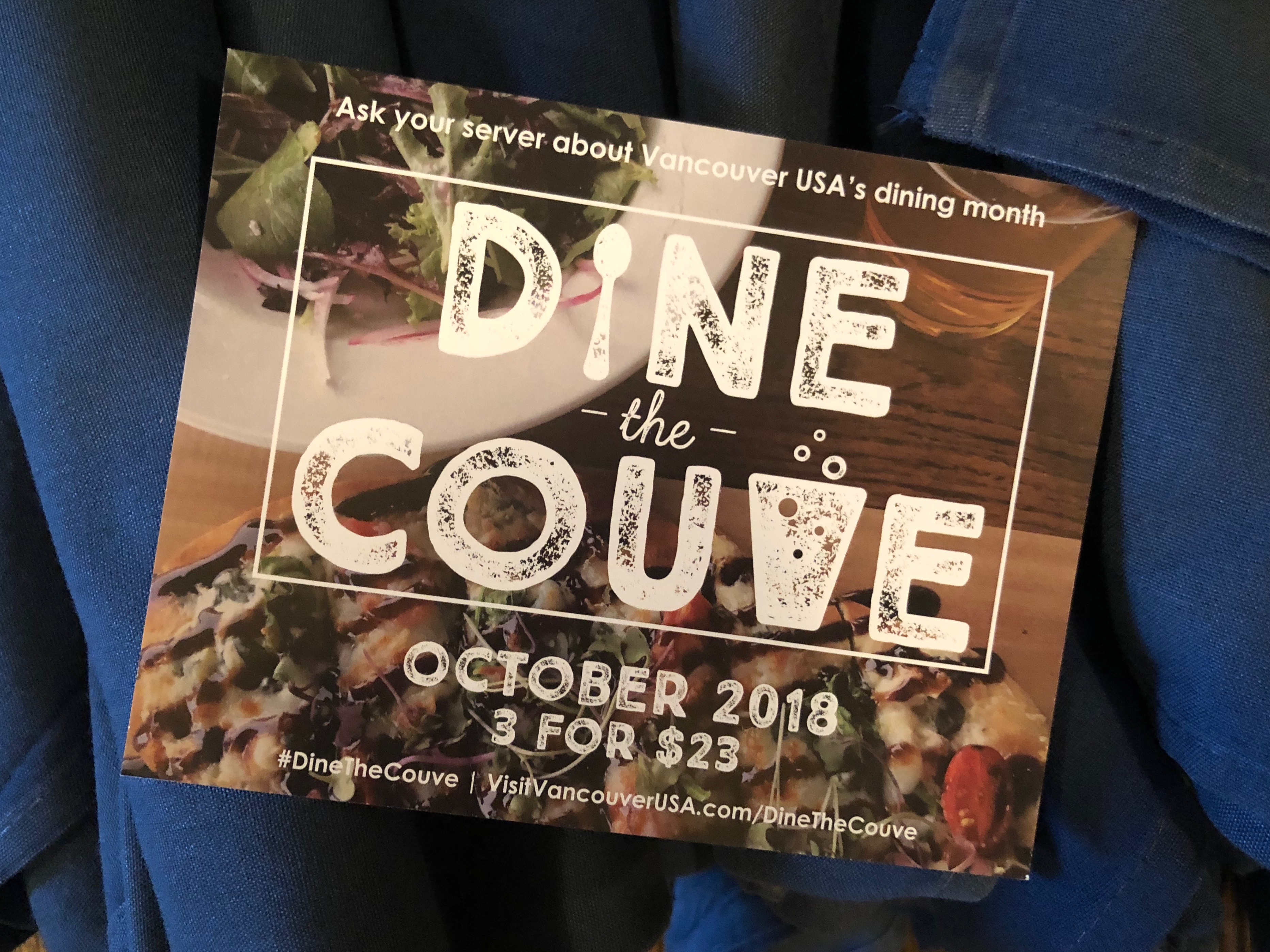 The month of October is a month of value-oriented meals throughout Vancouver, Washington. Portland’s suburb to the north will put the spotlight on its active restaurant scene when Visit Vancouver USA presents Dine the Couve, aka Vancouver Dining Month.

Through the end of October, 31 restaurants in and around Vancouver will offer a special three-course meal for only $23.00. This means you’ll reeive an appetizer, entrée, and dessert for $23.00. A few places may take their liberties and offer other options including various craft drink pairings. 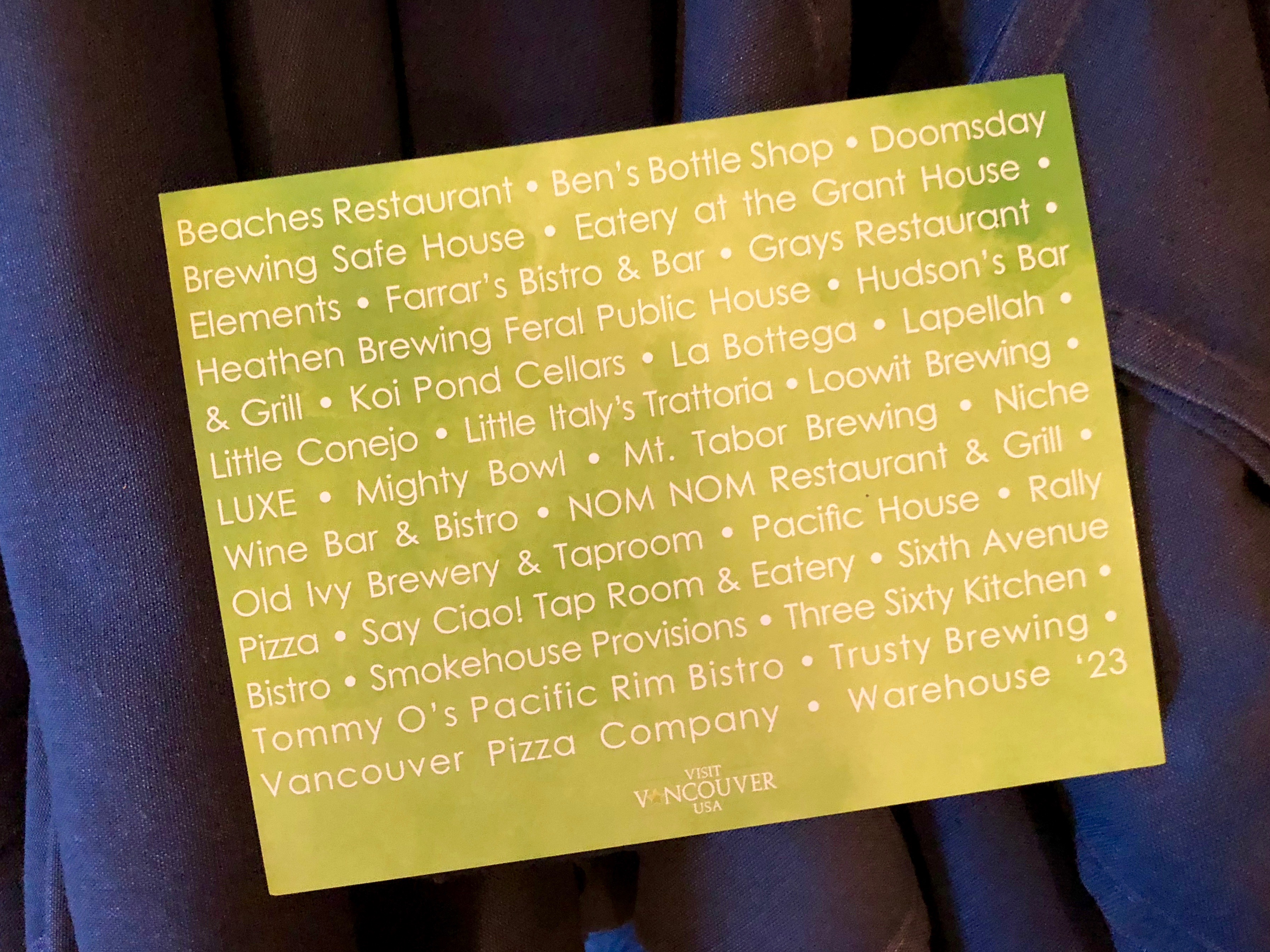