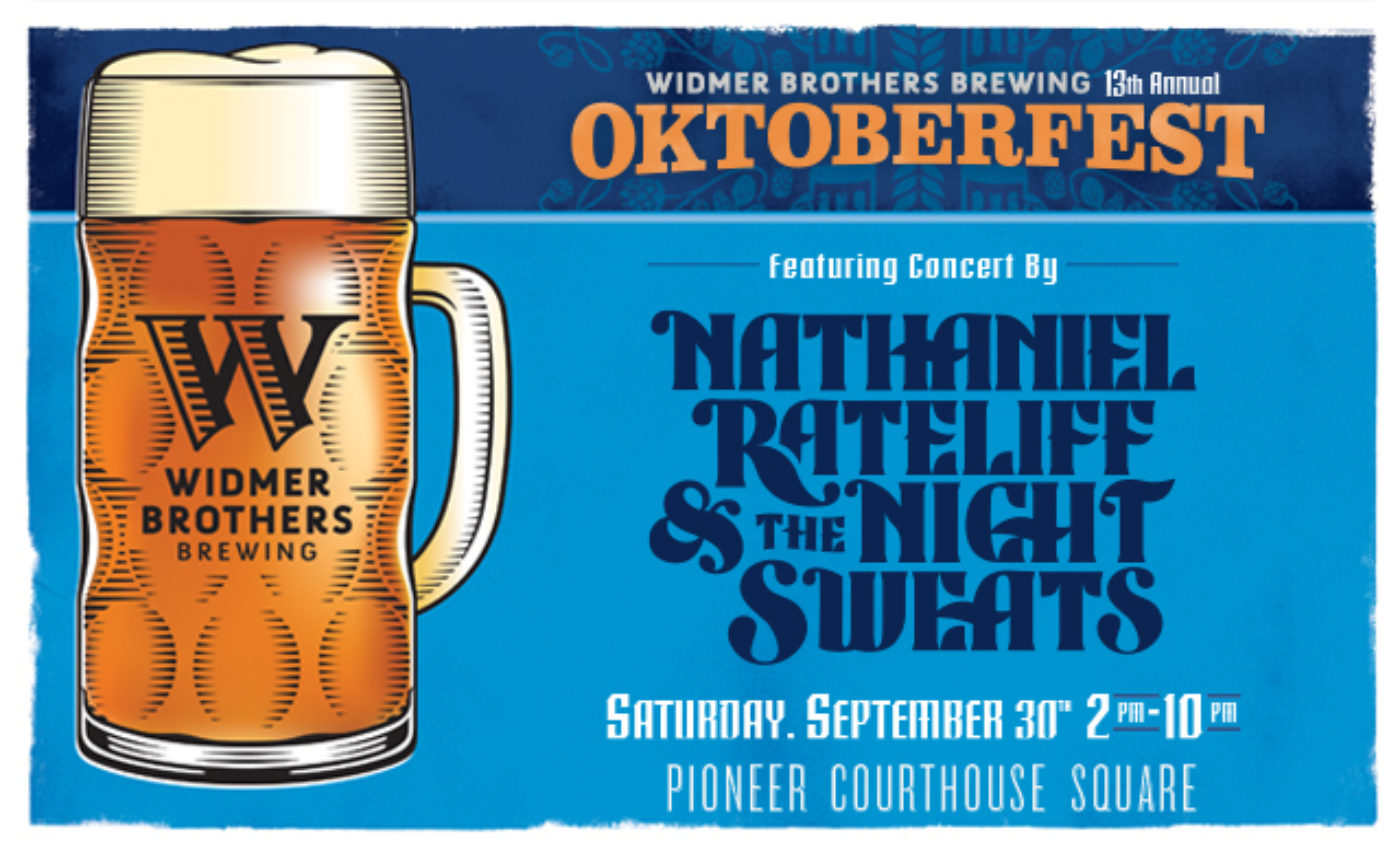 This Saturday dust off your lederhosen and dirndls and head on down to Pioneer Courthouse Square for the 13th annual Widmer Brothers Brewing Oktoberfest. Once again this year Widmer is partnering with 94/7FM to bring in some top musical talent to perform in Portland’s Living Room.

Headlining on Saturday, September 30th will be Nathaniel Rateliff & the Night Sweats when they hit the stage at 7:00pm. The soulful, folk-inspired combo reached #1 on the Billboard Alternative Songs Chart in 2015 with their hit, S.O.B and are no strangers to Portland, having played 94/7 Alternative Portland’s December to Remember concert series last year. Opening will be local artists Holiday Friends and The Weather Machine.

Widmer Brothers’ Oktoberfest will honor that most stein-loving of German pastimes with a full lineup of your favorite Widmer Brothers’ beers plus some of the brewery’s exclusive, small-batch specialty brews only available at the event. If its like last year there were some great beers pouring!

Oktoberfest tickets start at $35 in advance and are available at PortlandPerks.com. Must be 21+ to purchase alcohol. Doors open at 2:00pm and the music begins at 3:00pm.