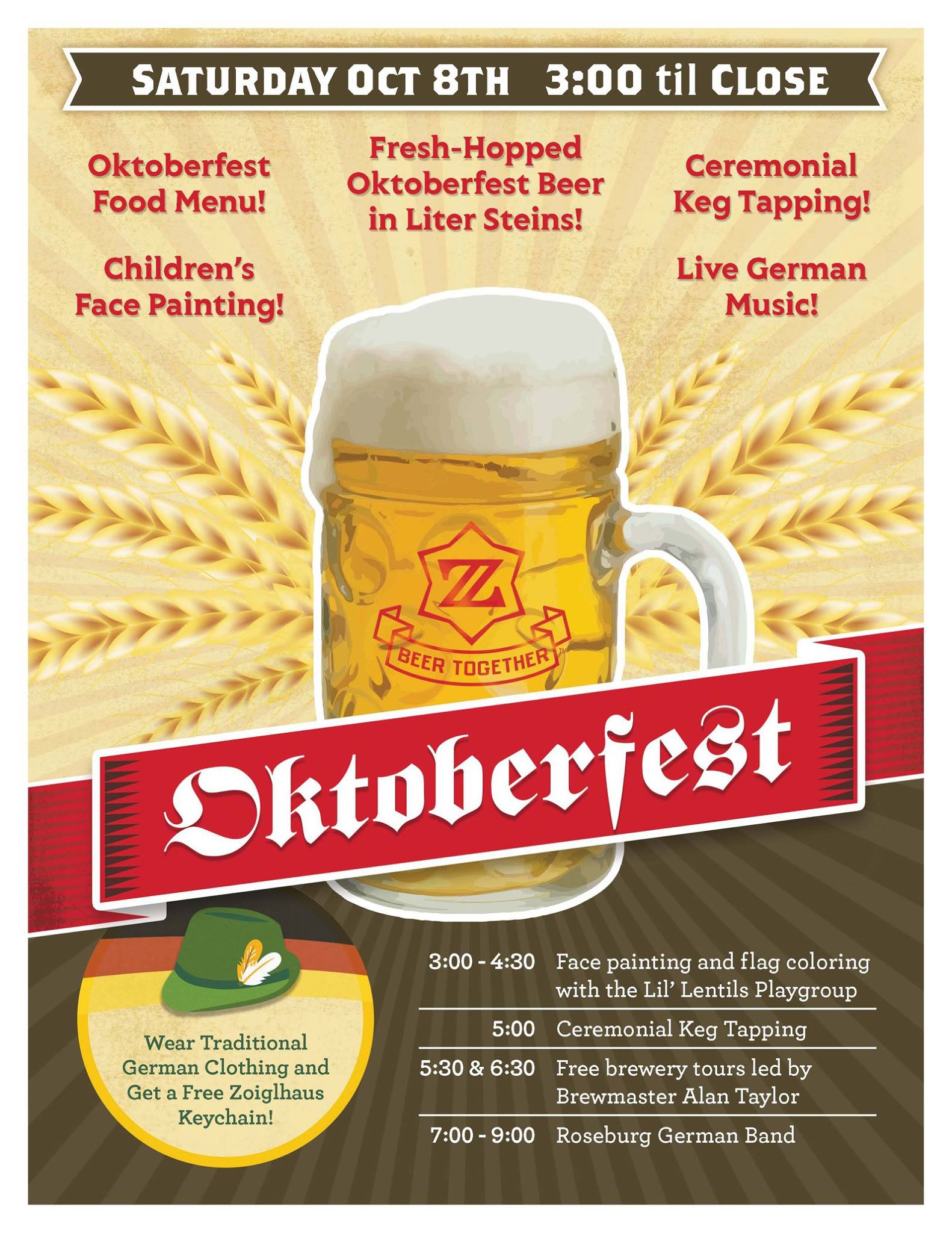 Zoiglhaus Brewing Company, Portland’s German inspired brewery, will host its very own Oktoberfest this weekend on Saturday, October 8th. Beginning at 3:00pm and the lasting until 11:00pm, the family friendly event will feature German-style beers served in a Bavarian focused atmosphere that will please the German inside you.

Brewed in time for the fall season, Zoiglhaus brewmaster Alan Taylor brewed Oktoberfresh, a fresh hopped beer that features locally harvested US Goldings hops.  For those looking for the fun of the Oktoberfest season, Zoiglhaus has liter steins as well as two and three liter boots to help celebrate with old friends and new.

Zoiglhaus Oktoberfest is free event that is open to all ages.