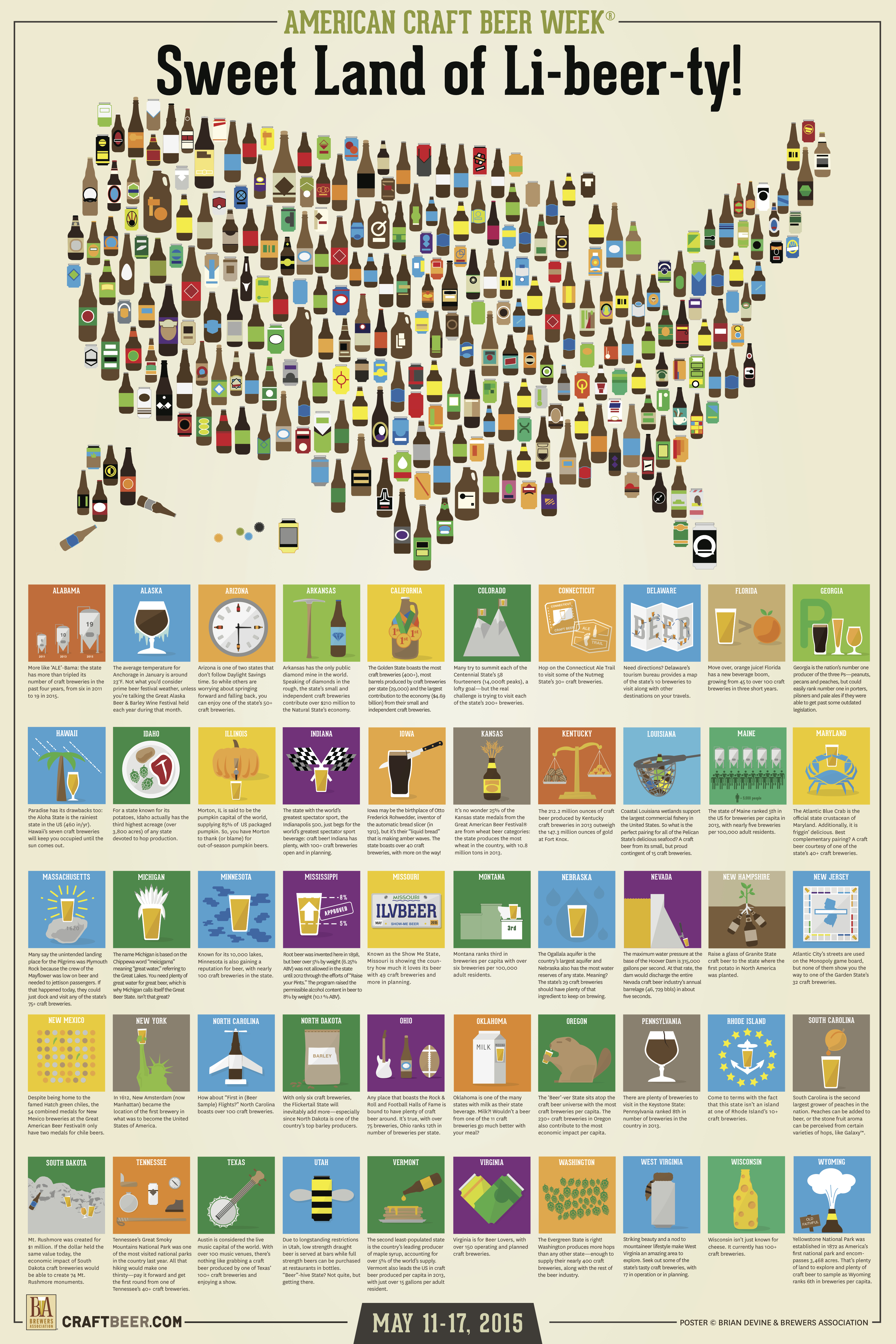 “American Craft Beer Week has provided independent beer fans across the country a chance to support their local breweries since 2006,”said Julia Herz, publisher of CraftBeer.com and craft beer program director at the Brewers Association. “With celebrations happening in all 50 states, this is truly an annual national event that recognizes all those involved in making craft beer from small breweries in the U.S. such a success.”

In the spirit of celebration this year, CraftBeer.com created an interactive graphic with fun facts to commemorate each state and their commitment to craft brewing. Click to Tweet.

The video below from the Brewers Association features a few different industry people including Oakshire Brewing‘s Matt Van Wyk representing us Pacific Northwesterners.

Untappd, the mobile-based social network that connects breweries with craft beer lovers, is once again offering an American Craft Beer Week badge for users who check in during ACBW events.

To find a local celebration, event or promotion, visit CraftBeer.com/ACBW. Unfortunately for us in Oregon the ACBW List of Events is very small but hopefully a few more will be added before ACBW begins. A selection of scheduled 2015 celebrations includes: