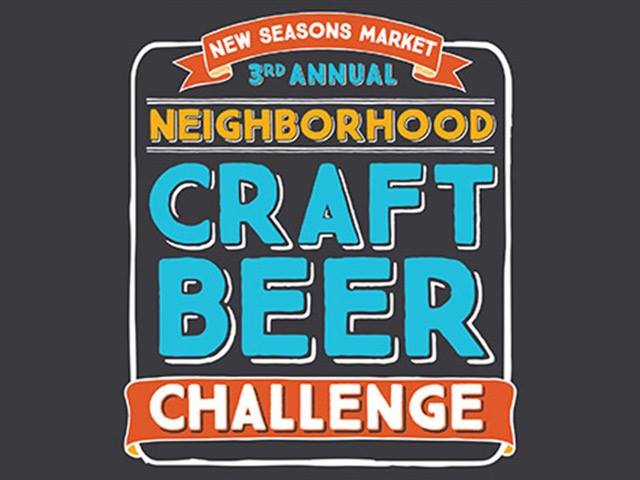 Online voting for the ultimate winner will take place on New Seasons Facebook Page through Friday, July 24. The winner will then be announced on Monday, July 27. Then the winning beer will be available in all stores this same week.

Here is listing of all 14 Store Champion Beers from all 15 Portland area New Seasons locations. Yes, one of the beers, Old Town Brewing Sundazed Kolsch was the top vote getter at two locations. What is more interesting is seeing which beers were popular based on each location in the metro area.

Hawthorne Winner – Terminal Gravity Brewing Extra Special Golden (ESG), Enterprise
Terminal Gravity’s Rye beer, “Extra Special Golden,” might be described as an American golden ale. This pale, dry and very drinkable beer is perfect for someone who wants something cold and refreshing but with a bit more flavor than the typical American lager. The surprise is that it has a bit of a kick. More bang for your buck and extremely popular. (5.4% ABV)

Seven Corners Winner – Ninkasi Brewing Co. Dawn of the Red IRA, Eugene
An IRA bursting with tropical notes, this beer finishes juicy with a subtle malty backbone. After one taste, it’ll leave you wanting more. It doesn’t take brains to know this IRA is a delicious choice any time of year! (7.0% ABV, 75 IBU)

Grant Park Winner – Heater Allen Brewing Pils, McMinnville
Currently ranked as the #1 Pilsner in the world on RateBeer.com, Heater Allen’s take on the renowned Bohemian-style pale lager is a little more golden, rounder and a little more malt driven that many other versions. The beer possesses a strong hop character that is balanced by its rich, round, malty palate. (4.6% ABV, 36.6 IBU)

Nyberg Rivers Winner – GoodLife Brewing Descender IPA, Bend
This beer is a hop lover’s dream with a balance that beer aficionados will appreciate. Brewed with a process called “Hop Bursting,” the resulting beer has a balance and quality that is unforgettable. (7.0% ABV, 70 IBU)

Arbor Lodge Winner – Breakside Brewery Breakside IPA, Portland
A distinct interpretation of a Northwest classic, this popular offering is a beautifully clear India Pale Ale featuring the unique character of Citra and Chinook hops. This light copper beer has huge citrus and tropical fruit aromas with hints of perfume and pine. Flavors like apricot, guava and orange hit the tongue accompanied by a mild evergreen note. There’s just enough caramel sweetness to balance the hop flavors, but this is really a showcase for the beautiful varieties of hops grown here in the Northwest. Like all Breakside beers, this has a notably dry finish, and, in true IPA form, a restrained but persistent bitterness. (6.8% ABV, 70 IBU)

Concordia Winner – Logsdon Farmhouse Ales Seizoen Bretta, Hood River
This unfiltered bottle of seizoen, with its beeswax seal, is naturally refermented and carbonated with select yeast strains, producing fruity and spicy flavors that are balanced by hops and soft malt character. Special Brettanomyces yeast provides added dryness and crisp complexity to the Seizoen Bretta. The bottle is even conditioned with pear juice for a natural carbonation. (8.0% ABV, 35 IBU)

Fisher’s Landing Winner – The Commons Brewery Urban Farmhouse Ale, Portland
Traditionally, farmhouse ales were brewed on farms in the French and Flemish regions of Belgium. These beers were born out of necessity as most water was not potable and the farmers needed a refreshing beverage to offer the hardworking farmhands. The Commons Brewery’s rendition was developed in the spirit of that tradition. The beer pours golden with a floral nose and a soft underlying hop bitterness with a crisp finish. (5.3% ABV)

Now the voting is up to you. Vote at the New Seasons Facebook Page through Friday, July 24!