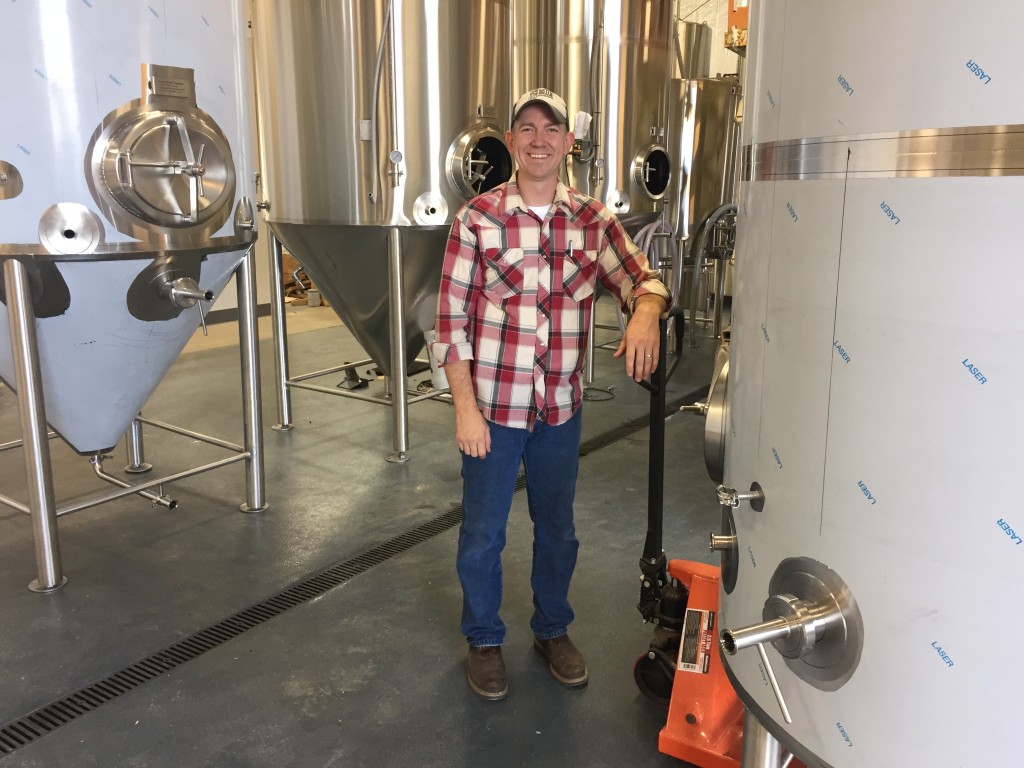 One of the Pacific Northwest’s most anticipated breweries is undoubtedly 54°40′ Brewing Co. of Washougal, WA. Already on the map for the presence of Amnesia Brewing (originally of Portland, OR), the quaint Clark County town north along the Columbia River, 54°40′ adds an element of great anticipation featuring two well-known and beloved brewmasters Charlie Hutchins and Bolt Minister (Read: Bolt Minister and Charlie Hutchins Partner to Form 54°40′ Brewing Co.). 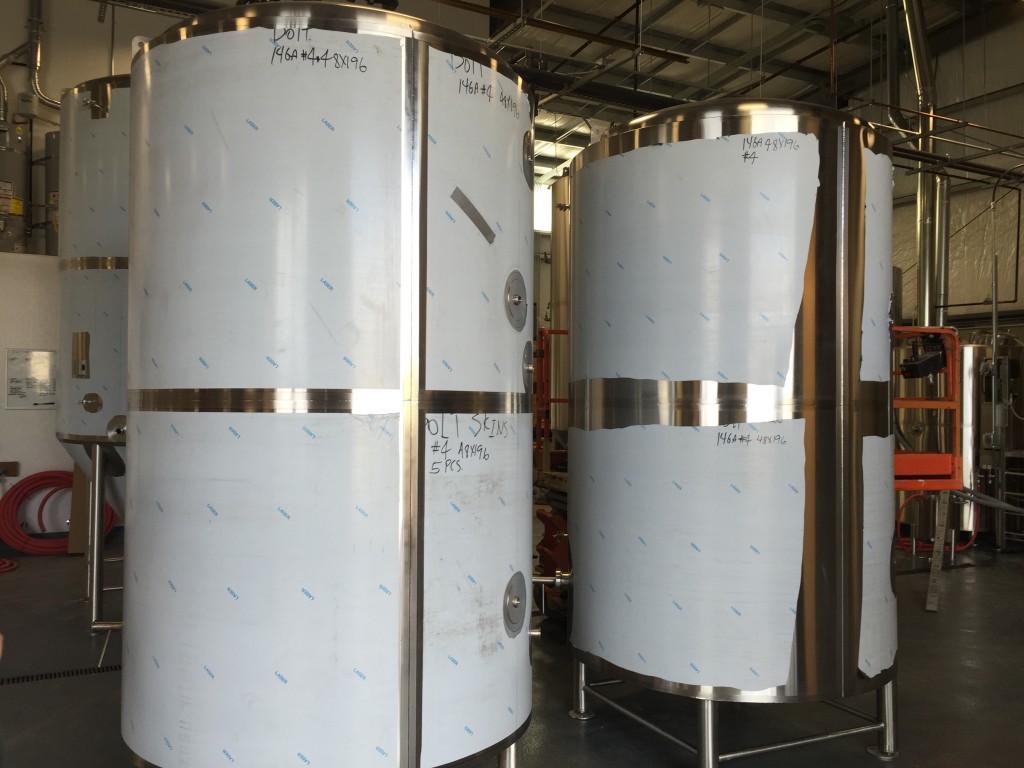 On Wednesday September 16, 54°40′ Brewing added three new brew tanks to the house which is still a work in progress yet is at last starting to see some light at the end of the beer tunnel. Practical Fusion, Made in Oregon U.S.A. of Tualatin, OR delivered three new tanks to the fold while the brewery’s first beer fermented away. Currently a 15-barrel brewhouse, with two brite tanks and three fermenters, 54°40′ began what Minister calls “a bastardization and a lot of fun”- a kettle tart 5% ABV pale ale made with 2-Row and wheat malt. “We left the brew it in the kettle at 130°F for 36 hours before adding Horizon and Mosaic hops” he informs us.

Up next: a fresh hop beer. Minister and Hutchins love this farm to kettle style and history is believing. While at Old Town Brewing Co. in Portland, OR, Minister’s fresh hop beer recipe took home a gold medal at the prestigious Great American Beer Festival in Denver, CO in 2013. Now equipped with an over-sized hop back that will hold 400-500 pounds of hops, it’s quite evident the 54°40′ guys aren’t shorting any palates or pallets on fresh hoppy craft brew.

“Charlie and I love this style” says Minister of fresh hop beers with a glow on his face. “We enjoy showcasing the hop flavors and aromas by using a stripped-down basic pale (malt profile). This one will have 2-Row and a dash of Crystal.”

Very content with the customized, local set-up, 54°40′ credits lengthy consulting between the brewers and Practical Fusion founder Colin Preston. The duet of brewers are now chomping at the bit to build a cozy little nook in their corner of the regional craft beer market. And like many great breweries before them, they are beginning with the creation of the sort of beers they like to drink. 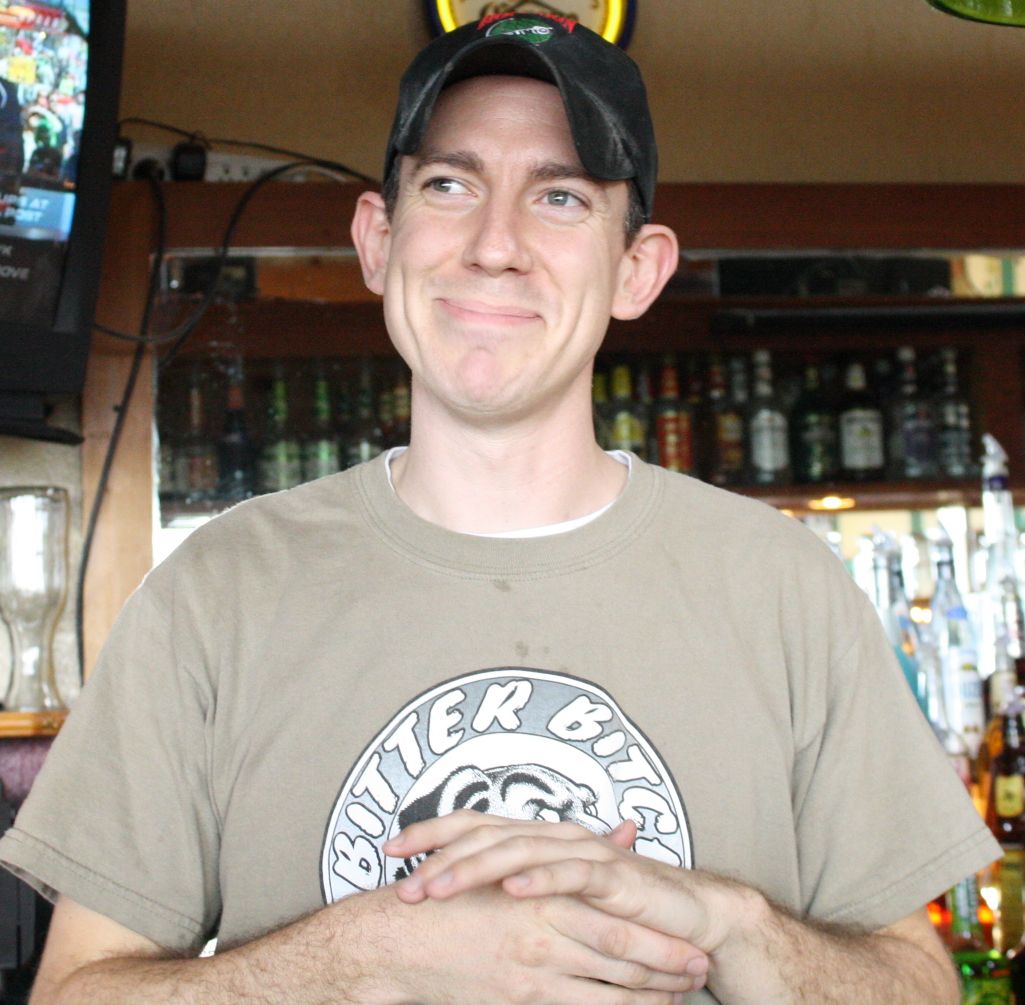 Look for a throwback ISA of about 5% ABV (known as “Broken Record IPA) and a Kölsch-style ale like the many award winning ones Minister has brewed previously, but with 54°40′’s own twist.  It’s a family affair and you can feel that inside the pub. Minister’s father and uncle are doing a lot of the manual labor and contracting work while his other uncle produced some fancy handmade wooded tap handles and his mother has made pillows for benches and even donated vinyl records for playing in the pub. So what will they all be drinking?

“The people will dictate” Minister says. “We got this joint to make our beers so we are going to make what we like to drink.”

Look for 54°40′ Brewing to open in late October 2015. The brewhouse will be featuring a few soft openings where there will be pouring two collaboration brews made outside the walls of their Washougal brewery; one with Buoy Brewing (Astoria, OR) and Vertigo Brewing (Hillsboro, OR). And more…stay tuned…