Last month the highly anticipated Boneyard Pub, the full-fledged bar and restaurant from Boneyard Beer opened its doors. This new beer spot has been in the planning stages for the better part of 2-1/2 years.

Boneyard co-founder Tony Lawrence purchased the property located at 1955 NW Division Street in Bend, Oregon back in January 2016. According to The Bulletin, Lawrence paid $500K for the property that was once home to Shanghai Garden.

Now 30 months later the Boneyard Pub is open and serving food, beer and cocktails. The pub pours from up to 16 taps that will feature Boneyard Beer and a cider.

When it comes to food Boneyard serves up various sandwiches including steak verde along with ribs, chicken and bowls. Take a better look at its food menu below. 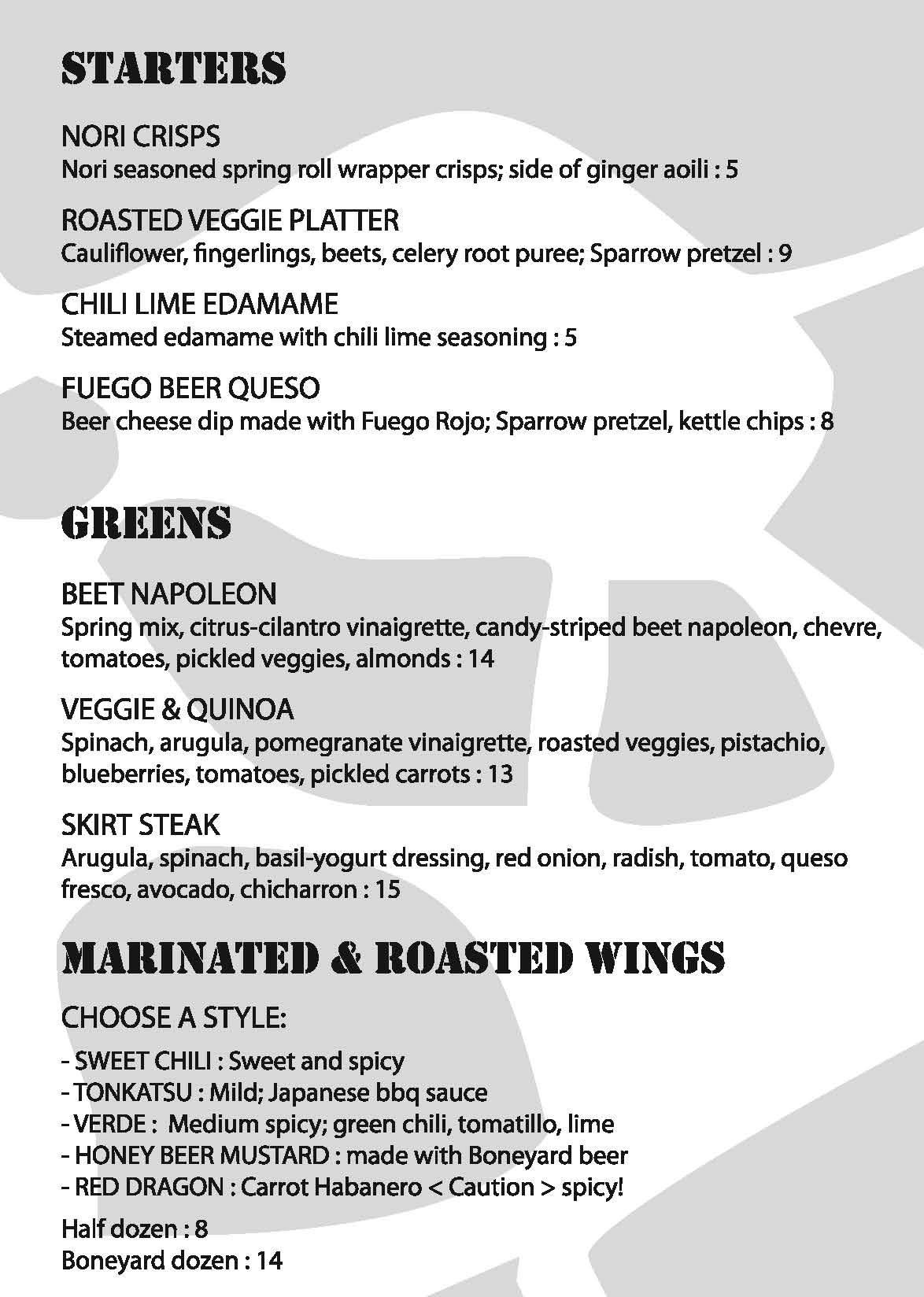 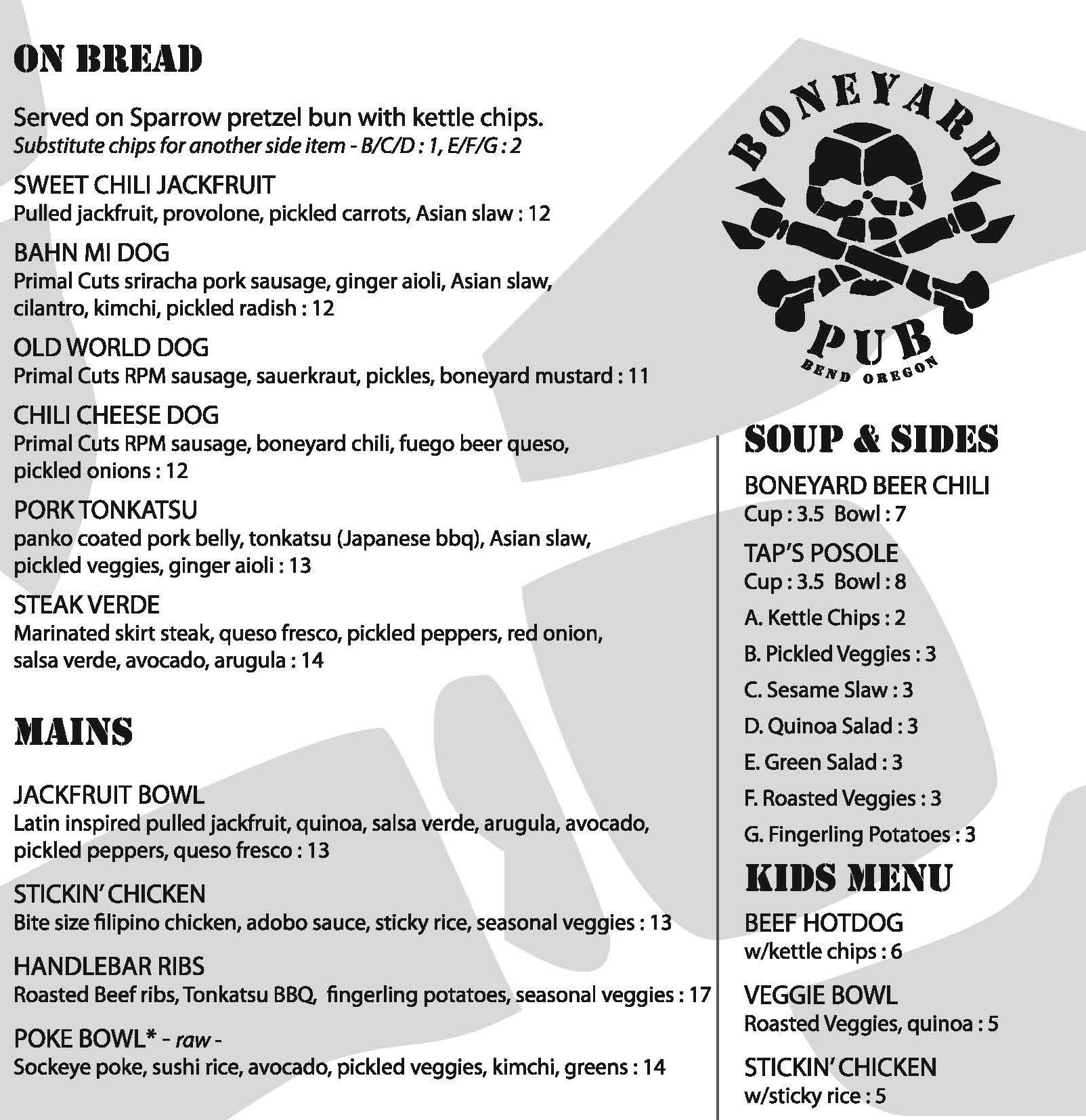 With the opening of the Boneyard Pub, the brewery has closed down its former tasting room location at NW Lake Place in Bend. The Boneyard Pub is open seven days a week from 11:00am-10:00pm.

Here’s a pictorial of the new Boneyard Pub in Bend, Oregon.