With this new alliance both breweries are said to operate independently with the joint capacity of over 800,000 barrels. However its Southern Tier Brewing that has established roots in Charlotte, North Carolina based Artisanal Brewing Ventures. ABV was formed by Southern Tier founders Phin and Sara DeMink and Ulysses Management LLC. This relationship began one and a half years ago. This will be the second brewery acquisition by ABV.

Both the Victory and Southern Tier employees and leadership teams will remain once this deal closes in its expected 60 days. Bill Covaleski and Ron Barchet of Victory, who will become significant shareholders in ABV, will join the Artisanal Brewing Ventures’ Board of Directors. CEO John Coleman and CFO Bill Wild will lead ABV’s management team.

Here is more information from the press release sent out by Victory Brewing’s PR firm…..

The new strategic framework between ABV, Victory and Southern Tier provides capital, security and vision for the future. ABV, formed to unify independent craft brewers and distillers, embraces the collaborative craft spirit while administering crucial growth resources. Arlington Capital Advisors acted as exclusive financial consultant to Victory. Wells Fargo’s Beverage Finance group provided capital to support the investment and continued growth at ABV. The transaction is expected to close within the next 60 days.

Under the umbrella of ABV, Victory and Southern Tier will independently operate their breweries, commanding a joint capacity of over 800,000 barrels of potential annual production. This alliance creates one of the largest brewers in the Northeast and ranks within the top 15 craft brewing companies in the United States according to Brewers Association criteria with combined 2015 shipments of over 250,000 barrels. With a world-class roster of complementary beer brands and an even stronger standing in the marketplace, ABV will shepherd Victory and Southern Tier in collaborative sales and marketing efforts to strengthen, support and expand its distributor and retail partnerships. Victory and Southern Tier brands will become increasingly available to loyal and new consumers across their combined markets as a direct result of this union.

“The craft beer community is at its most critical moment since its inception as larger brewing corporations have bought into our grassroots movement, irrevocably changing the marketplace. Like-minded brewers such as Victory and Southern Tier can preserve our character, culture and products by banding together,” said Bill Covaleski, Founder and Brewmaster of Victory Brewing Company. “Allied we can continue to innovate and best serve the audience who fueled our growth through their loyal thirst.”

“Having gotten to know Phin, John and the whole management team, I am more excited than ever about the innovations that lie in our collective futures. One walk through their brewery and I knew that Southern Tier had the same belief in quality and excellence that has driven our culture for 20 years,” explains Ron Barchet, COO of Victory Brewing Company.

The Victory and Southern Tier leadership teams and employees will remain intact. Bill Covaleski and Ron Barchet of Victory, who will become significant shareholders in ABV, will join the Artisanal Brewing Ventures’ Board of Directors. CEO John Coleman and CFO Bill Wild will lead ABV’s management team.

“This is exactly the kind of alliance we imagined when we created Artisanal Brewing Ventures in 2014,” said Phin DeMink, founder of Southern Tier Brewing Company and also a major shareholder in ABV. “This is a concept that was specifically designed by and for craft brewers, so we can focus on the things we’re best at while creating meaningful scale advantages. I’m proud to see this model validated and am grateful that my friends Ron and Bill have become our partners.”

“This is the ultimate craft beer collaboration. It is an honor to be associated with these pioneering entrepreneurs who have been contributing to the industry since craft’s early days,” said John Coleman, CEO of ABV. “I look forward to guiding these two truly great organizations forward as they collaborate, innovate and share best practices.”

“I believe this is a watershed transaction for the craft brewing world. This union of two great regional players preserves their independence and distinct cultures while sharing administrative and management functions to support deeper investment in sales, marketing and innovation,” commented Vann Russell, Managing Director and Founder of Arlington Capital. 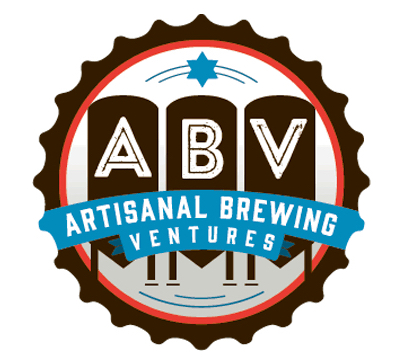 About Victory Brewing Company
Victory Brewing Company is a craft brewery headquartered in Downingtown, PA. Founded by childhood friends, Bill Covaleski and Ron Barchet, Victory officially opened its doors in February of 1996. Victory’s second state of the art brewery opened in February of 2014 in Parkesburg, PA to serve fans of fully flavored beers in 37 states with innovative beers melding European ingredients and technology with American creativity. In addition to the original Downingtown brewpub, Victory’s second brewpub is in Kennett Square, while Parkesburg recently launched self-guided tours and the third brewpub. To learn more about Victory Brewing Company please visit www.victorybeer.com.

About Artisanal Brewing Ventures
Artisanal Brewing Ventures is located in Charlotte, NC and was formed by Phin and Sara DeMink and Ulysses Management LLC, a New York based family office, with the vision of creating a home for like-minded, best-in-class craft breweries in close partnership with their founders. Ulysses Management was founded 20 years ago by Joshua Nash as the successor firm to the pioneering investment firm Odyssey Partners, LP. Ulysses invests in profitable, well-established companies with tangible, competitive advantages with the goal to build long-term value that benefits all stakeholders. To learn more about Ulysses Management please visit www.ulyssesmgmt.com.