For those searching for the rarest IPAs in the marketplace, Baerlic Brewing has a new club just for you. Baerlic has launched its Super Secret Beer Club, a monthly subscription that grants each member a case of super rare IPA delivered to their home each month.

For a hefty initial fee of $120 per month and then $99 per month thereafter, Baerlic Brewing will grant each paying member a case of the brewery’s new Beta IPA series that is said to be comprised of proprietary ingredients such as hops and water. Each month members will receive a case of it. Each Case will include (23) 16oz Cans —the 24th can will be a secret prize—of ‘never fresher’ Super Secret IPA. Plus, upon joining, members receive two Super Secret Beer Club limited edition pint glass with the first home beer delivery.

Here are the full details on the new Super Secret Beer Club. 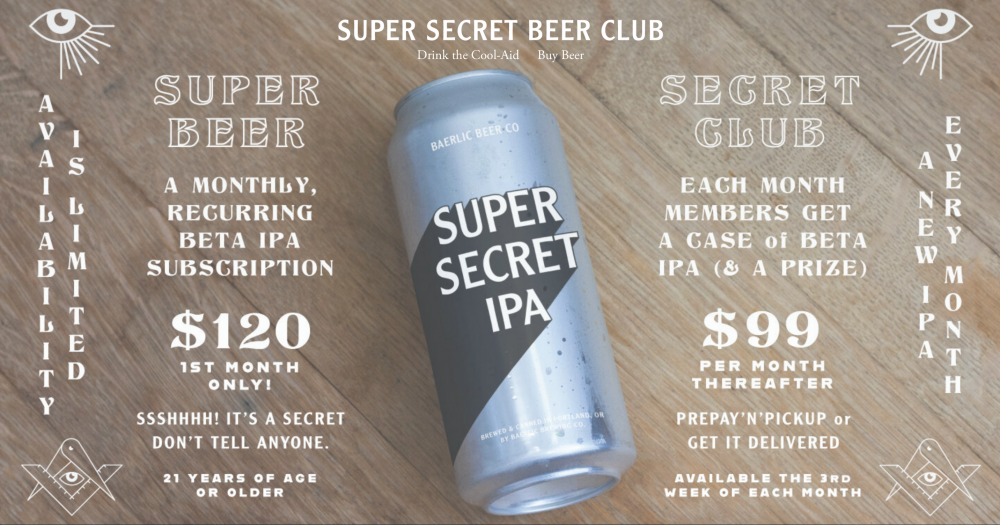