Last summer the City of Portland decided to make use of a neglected part of its North Park Blocks when it announced that the small park would be host to a new food cart pod in the park’s southern most location of Ankeny Square.

Through recent years crime, drug use and homeless had plagued this location. In hopes to eradicate these issues Portland Parks and Recreation solicited business ideas and a new food cart pod opened in September 2016. However this venture was short lived and has sat empty for the past few months until this past weekend.

A new food cart pod has opened that is home to both Frydays Fish & Chips and Panini Northwest along with a new beer garden, DownPour Draft. The two food carts, until recently were located near Portland State University. Now the two carts have relocated to Ankeny Square to join this new pop-u[ beer garden from the folks at Bailey’s Taproom.

DownPour Draft will serve four rotating taps from breweries and cideries located here in Portland. The relaxing space offers café style tables and is just a few steps from the Bailey’s empire of Bailey’s Taproom, The Upper Lip and Brewed Oregon. Bailey’s is no stranger to the outdoor pop-up beer garden as it hosted the popular The Drinking Lot during the 2015 Craft Brewers Conference when it was held here in Portland. 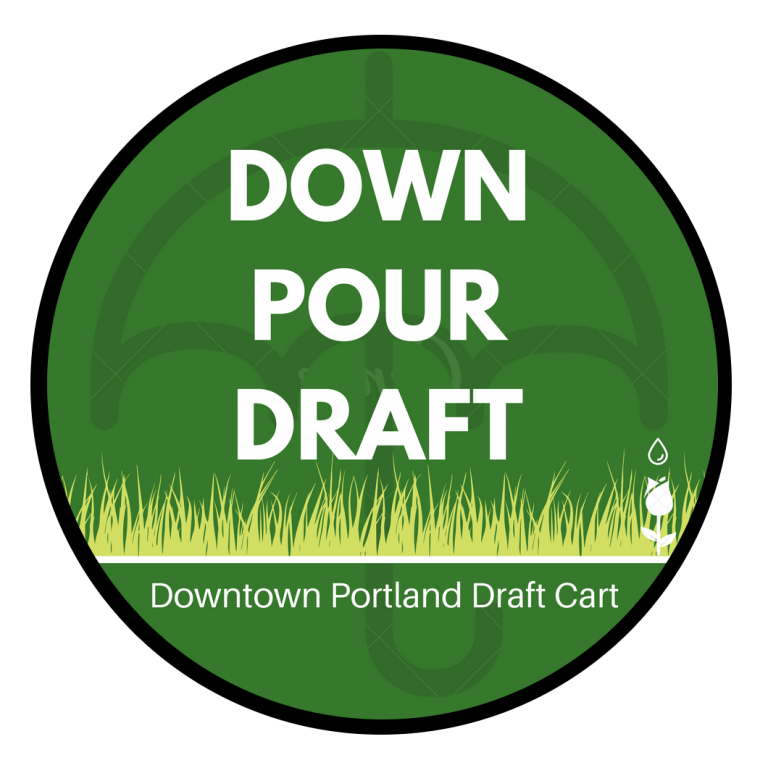 The Ankeny Square Food Cart Pod will operate all summer from Thursday through Sunday from 11:00am until 7:00pm. All ages are welcome.