SEATTLE (August 23, 2021) – Yonder Cider and Bale Breaking Brewing Co are excited to announce the much-anticipated grand opening of its joint taproom in the heart of Seattle’s Ballard Distillery District, scheduled for Saturday, September 4! Located at 826 NW 49th Street, doors will open at noon at the expansive new location, bringing 32 taps of Washington-made beer and cider together under one roof.

“This taproom has been in the works for nearly a year and we are so excited to finally share what we’ve created with everyone,” said Caitlin Braam, founder of Yonder Cider. “Beyond great beverages, we believe we’ve created a space that is interactive, exciting and the perfect place to experience what Eastern Washington has to offer.”

“Sharing this taproom between our two brands means we are able to showcase nearly the entire breadth of beverages made in Washington state,” said Meghann Quinn, co-founder of Bale Breaker. “From beer and cider to hard seltzer and eventually wine, craft beverage enthusiasts will be able to experience and explore it all in one space!”

Showcasing the best of apples and hops grown in the state, the new taproom boasts more than 6,200 square feet of outdoor space and a spacious shared taproom. On-site rotating food trucks, firepits, a dedicated retail space, mural from local artist Jennifer Ament and more are all part of the property’s extensive six-month remodel. Offering an exceptional lineup of year round, seasonal and specialty releases from both brands, the two buildings on site will also house small-batch production for both Yonder and Bale Breaker. Future plans include outdoor movies, cider and beer education classes, joint releases and so much more.

This joint taproom is also the first of its kind. As of now, cideries and breweries alone cannot share a tasting room in Washington state. However, thanks to a new bill passed in June of 2020, distilleries can share their tasting rooms with wineries and breweries. To make the shared tasting room possible, the founders of Yonder and Bale Breaker started a distillery together called Wise Fool Spirits. The distillery will act as R&D for spirits produced using products from the two brands. Yonder and Bale Breaker will also be releasing two collaborations as part of the grand opening: East Out West, a raspberry pink grapefruit kettle sour blended with Porter’s Perfection apples, and a hopped version of Yonder’s popular blackberry cider, Palisades. 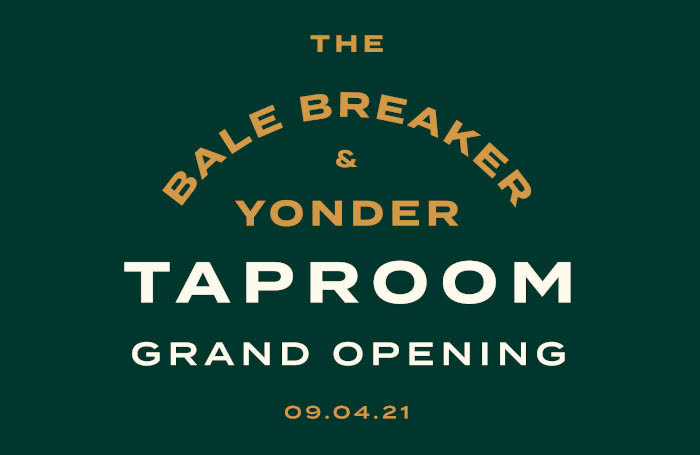 Upon opening, hours for the Yonder and Bale Breaker Ballard taproom will be Tuesday – Thursday from 3-9pm, Friday and Saturday from 12-10, and Sunday from 12-9pm. The taproom will be closed on Mondays. This new taproom – which is both dog- and kid-friendly – is in addition to Bale Breaker’s Yakima taproom, as well as Yonder’s ‘Yonder Bar’ retail space in Seattle.

Follow along on Instagram at @yondercider and @balebreaker for sneak peeks of the new space and additional details as the date grows closer. A final tap list will also be available at bbycballard.com in the coming week.