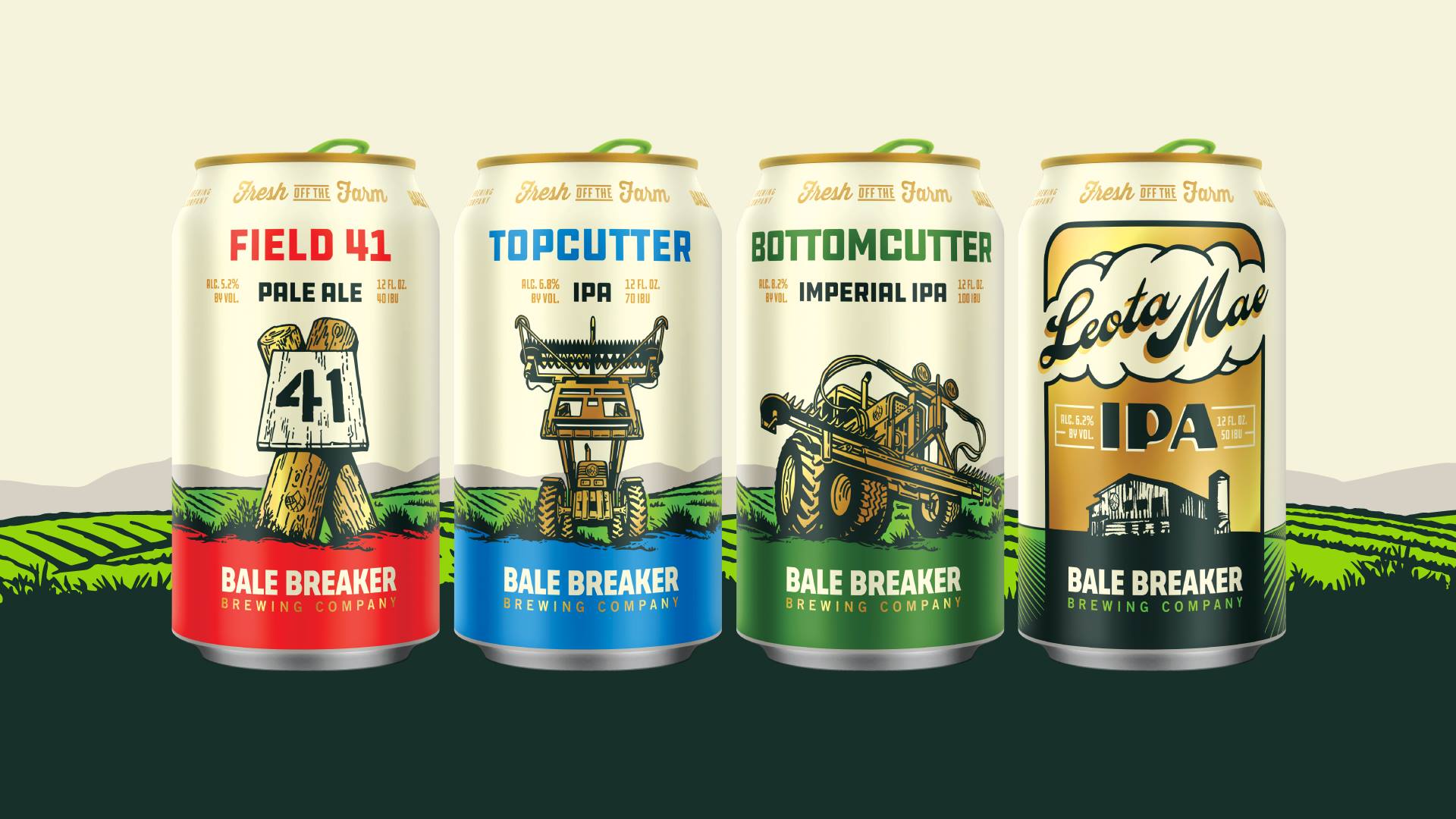 After five years brewing, Yakima’s Bale Breaker Brewing is set to refresh its label artwork that adorns its four core 12-ounce can offerings. This new can artwork will be featured on cans of Topcutter IPA, Bottomcutter IIPA, Field 41 Pale Ale, and Leota Mae IPA.

The unveiling of these new cans takes place at the brewery on Wednesday, November 21, 2018 from Noon-9:00pm. These new cans make it much easier to differentiate Topcutter IPA, Bottomcutter IIPA, and Field 41 Pale Ale. Currently all three beers feature can artwork very similar to one another and can make the purchasing decision a bit more difficult.

Each can features the tagline, Fresh of the Farm that embraces the brewery’s rich history in hop farming in the Yakima Valley. One thing that stays the same however is each of the beer’s recipes.

The launch at the brewery on Wednesday will be the public’s first opportunity to purchase the new cans of Topcutter IPA, Bottomcutter IIPA, Field 41 Pale Ale, and Leota Mae IPA with matching apparel and other new brewery merchandise.

In addition to the Yakima launch, Bale Breaker will also do new can label artwork release parties in Seattle on December 7 & 8; Spokane on December 12; Portland on December 13. Locations and times will be forthcoming.

Since Bale Breaker Brewing’s inception in April 2013, the brewery has grown to become the fifth largest independent craft brewer within the state of Washington.