Bevel Craft Brewing was founded by to world champion disc golfers, Valarie and Nate Doss. Leaning on this disc golfing, the couple chose a name that reflects its passion. The word “bevel” refers to the edge of the disc of Frisbee that determines its speed and flight path of the disc.

Bevel Craft Brewing will focus on hop forward beers that use fresh traditional ingredients and innovative hop processes. Their passion lies in the India Pale Ale style, and they focus on highlighting the characteristics of the hop in each beer they brew.

“We love the great memories that are made and shared around the table enjoying great beer with friends and family,” said Valarie in a statement. Nate’s brews have been featured at disc golf tournaments across the country, and the brewery is the fulfillment of a long-held dream for the couple.

Bevel’s taproom pays homage to their roots in the sport, and they used that inspiration to create elements of the taproom. Patrons will get to toss back a brew and then toss a disc in the Hop Garden.

Located on Bend’s Eastside, Bevel will serve as the heart of one of Bend’s multiuse spaces, 9th Street Village. The Village is also home to the DIYcave makerspace, The Patio (a food court and gathering space), Griffin Hall Coworking, art studios, Bright Place Gallery and more.

“Bright Place Gallery will be showing new work by several of our studio members,” said gallery owner, Stuart Breidenstein in a statement. “Plus we will be introducing four new members, with jewelry, leather work and fine art!” 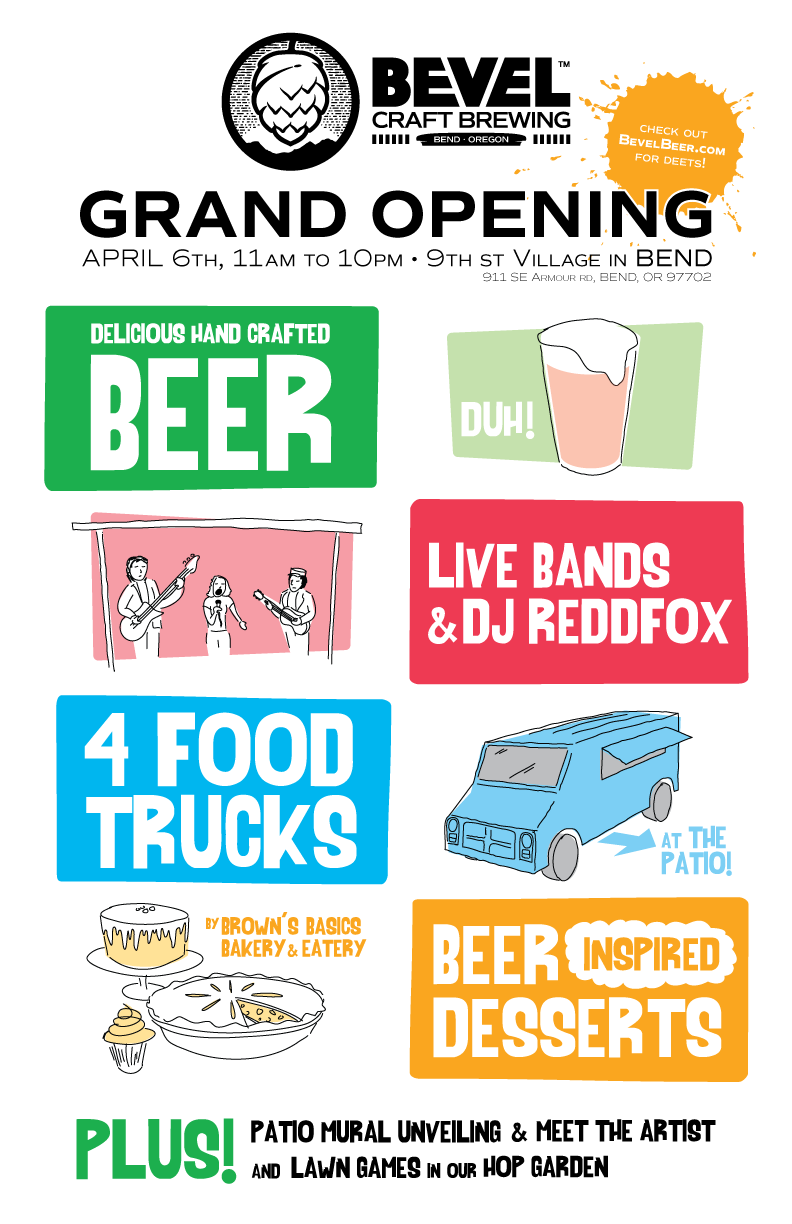