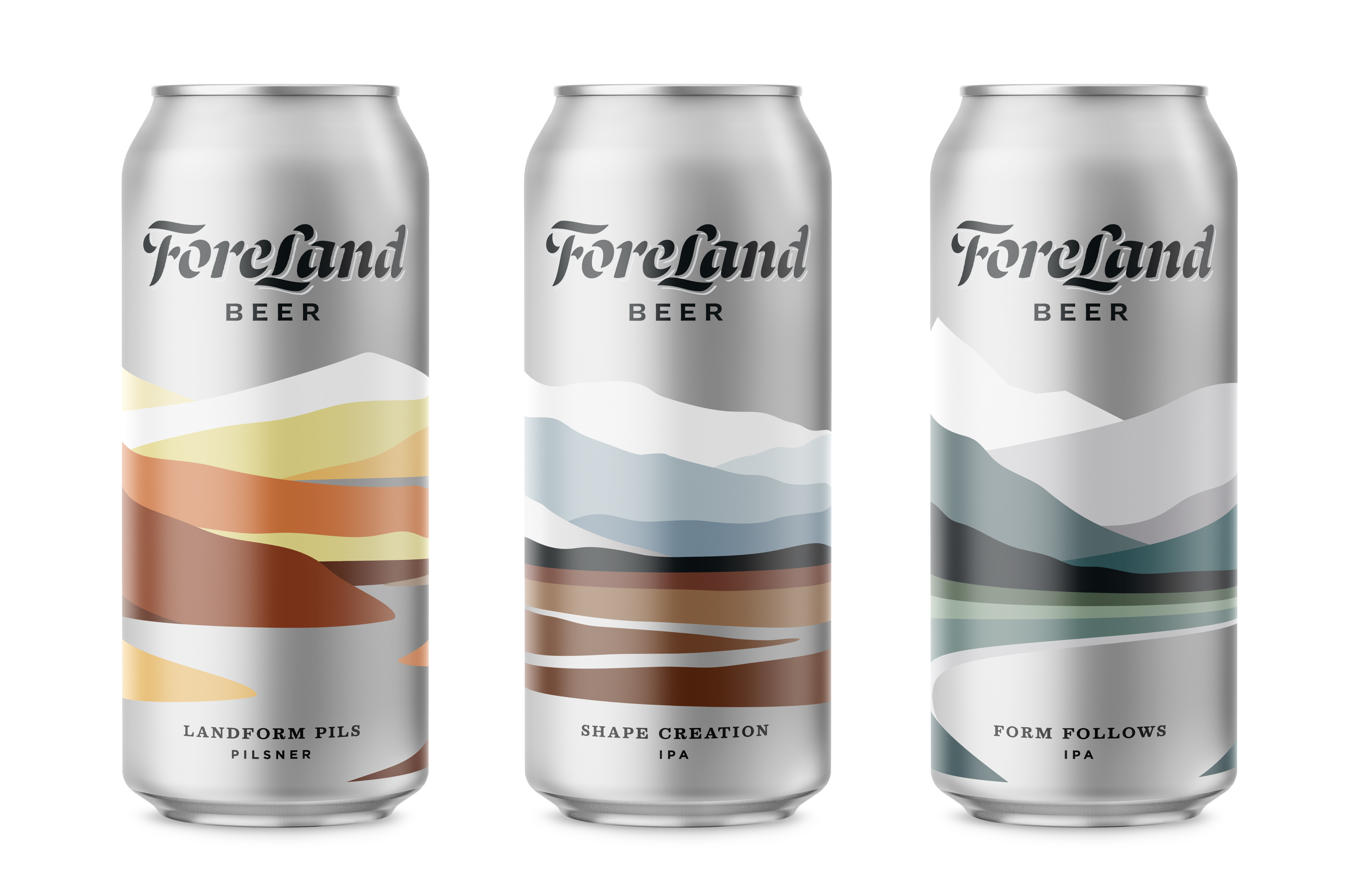 ForeLand Beer, the forthcoming brewery from McMinnville, Oregon, has signed with Block 15 Distribution, the distribution arm of Block 15 Brewing. Beers from ForeLand Beer will begin hitting the marketplace throughout Oregon later this month, with Washington following shortly thereafter.

ForeLand Beer is the new brewery that is led by Sean Burke, formerly of Von Ebert Brewing and prior to that, the beloved The Commons Brewery. When news broke that Burke was leaving Von Ebert Brewing, the brewery that he was starting up was first reported as LandForm Beer. Then a few weeks later an abrupt name change took place transitioning to ForeLand Beer, most likely due to a Napa winery, Grounded Wine Co., with the same name for one of its Pinot Noir’s, 2018 Landform Pinot Noir.

According to the latest OLCC applications, ForeLand Beer is located in McMinnville at 777 NE 4th Street and will likely be taking over the former Allegory Brewing in partnership with its owner, David Sanguinetti. According to Allegory Brewing’s Facebook Page, the brewery is permanently closed, as its website leads to a broken link. Plus, ForeLand Beer has posted a job opening here for a Lead Brewer, and this posting states that it is brewing on a 7-barrel system, the same size that Allegory Brewing utilized.

One thing the press release did state is the beer styles that the brewery plans to focus on. ForeLand Beer will produce Lagers, Hop-Forward Beers, and Mixed Culture beers. The three year-round beers will be Landform Pils, Shape Creation IPA, and Form Follows IPA, along with up to 12 different rotational lagers and bi-monthly releases of Hop Forward Beers throughout the year.

We also learned that its Lagers will run the gamut from traditional to modern approaches with the foundation of the company always yielding to its pilsner. Hop-Forward Beers will lean towards a traditional, filtered West Coast style with nods to specific regions that have been influenced by travels and beers enjoyed there and showcase specific hop selection and blending. The mixed culture program will take in the local terroir of Yamhill County utilizing its rich history of wine with the integration of wine grapes and wine making techniques.

“When planning the brewery, we looked at other breweries throughout the country who we admired from quality, artisanship, and how they operate from a business perspective,” said Sean Burke, Co-Owner and Director of Brewery Operations. “It was unanimous that Block 15 was one of those breweries. Block 15 Distribution has taken those same qualities and translated it into the way they run their distribution business. They support a very familial, curated book whose brands complement each other. Our favorite and most refreshing aspect is they think like a brewery first and then how they’d want a distributor to work accordingly. We’re so excited to partner and launch the brand with them.”

“ForeLand fits perfectly into our vision of the Block 15 Distribution family, a premium brand crafted by innovative creators.” said Block 15 founder Nick Arzner, in a statement. “I have known Sean for years as a thoughtful and creative brewer that continually adds to the conversation of unique and high-quality craft beer. Sean is not only a profound artisan, but also fantastic individual that is a pleasure to work and share a beer with! I look forward to our partnership as we distribute ForeLand Beer’s first-rate offerings throughout the Pacific Northwest.”