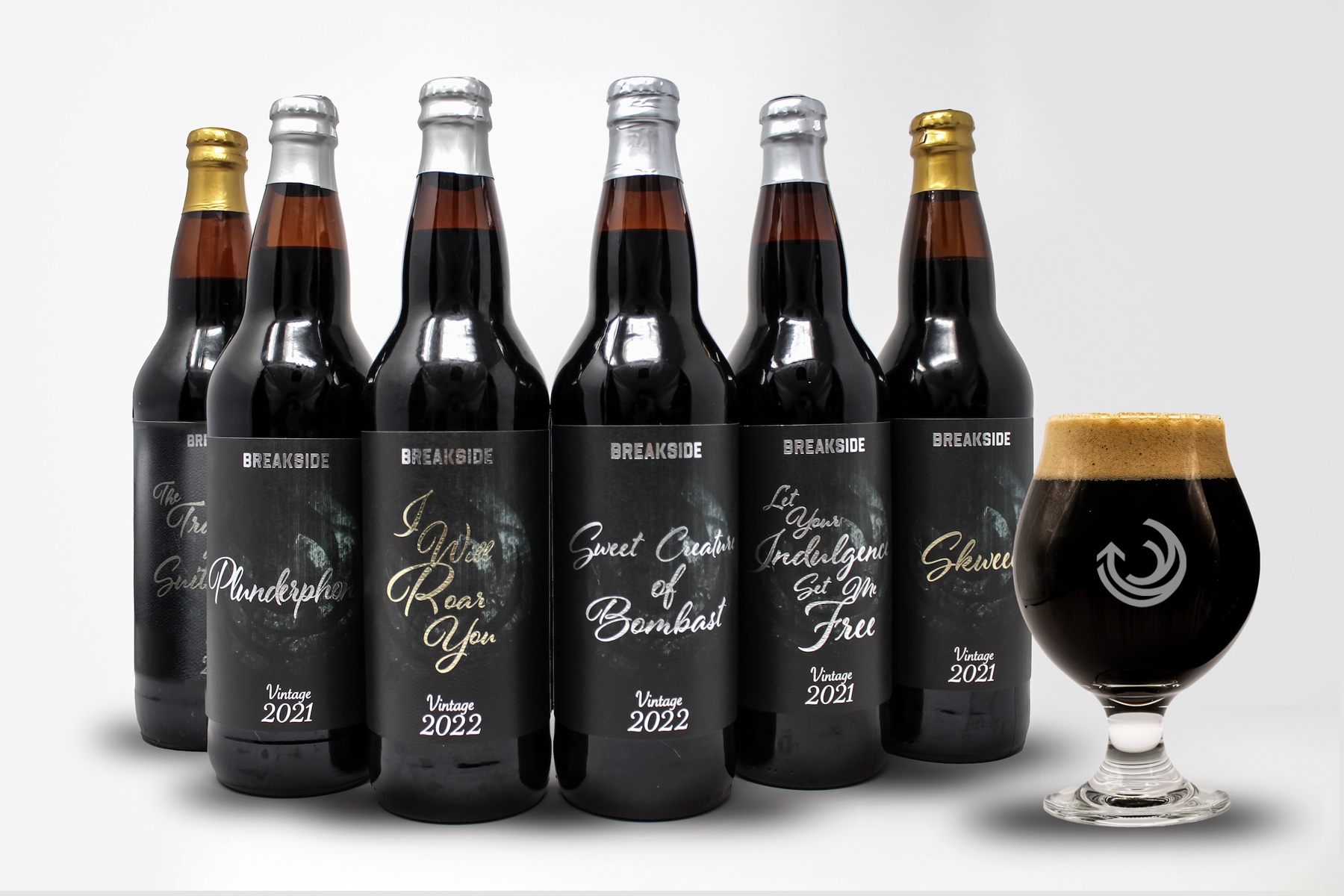 Over three years ago, Breakside Brewery determined it needed to change things up a bit to its barrel aging program. It wasn’t a huge change but one that made sense when looking at it from a larger perspective.

This change was in how it went about deciding which base beer to rest in casks. What Breakside was doing was something similar to what other breweries have been doing, add a regular imperial stout or other beer that was part of the brewery’s rotational releases to a cask and then see what the cask does 12 or so months later.

Ben Edmunds, Breakside Brewmaster, and Daniel Hynes, Breakside Barrel Program Lead, decided it needed to make a slight overhaul to this program of aging beer in former spirits barrels. They did so by brewing a base beer, such as a bold stout or porter, specifically designed for the casks that the beer would be resting in. Then they take these aged beers and begin the challenging task of blending them for the optimal bottled beer.

This took some time and the first barrel-aged beers were revealed in February 2021 with the release of Space Music and Cute Metal in 22oz bottles. Since then, Breakside Brewery released four additional barrel-aged beers in 2021 for a total of six. This also held true in 2022, with the final two releases, My Stars Shine Darkly and This Great Stage of Fools, being released on Thursday, December 1, 2022.

“We’re starting to see the fruits of our 2019 efforts to completely overhaul our barrel-aged strong ale program,” said Daniel Hynes, Breakside Barrel Program Lead. “Instead of making singular batches to age for singular releases we started brewing different base beers and adding those to barrels. Now, when we want to make a barrel-aged beer we have 300 different barrels to draw from. We look at what characteristics a beer is providing us, and we push and pull those characteristics with multiple layers through the blending process.”

When it comes to naming these beers, it is something that Hynes took to the next level. For each year, this collection of barrel-aged beers is named with one unifying theme that is a bit easier to figure out once a few bottles in the collection have been released.

“We think of each collection as a unified piece of itself,” stated Hynes. “So we find a theme that can carry through it. So Skweee, Plunderphonics, Toytown Techno, Space Music, it was all obscure music genres. So then if we’re looking at this next one here, what we’re into is William Shakespeare quotes. We have six and six, and now this next year we’re hunting for a new unified theme!”

The results of this new process have resulted in a collection that is full of flavorful beers that truly rely on the base beer, the barrels and the artful blending process.

Earlier this month we were able to sample a few of this year’s releases – I Will Roar You and Sweet Creature of Bombast – while attending the 2022 Festival of Wood & Barrel Aged Beers. Both beers proved to be quite popular with lines of waiting drinkers and felt at home in the Midwest where these Barrel-Aged Stouts reign supreme.

Currently, Breakside Brewery is selling a new Cellarbration Mixed Case of six barrel-aged beers, two each, at all of its locations around the Portland metro area. This collection includes the award-winning Plunderphonics (Bronze Medal at 2021 Festival of Wood and Barrel-Aged Beer) and five other barrel-aged beers as described below.

Then on Thursday, December 1, Breakside Brewery will release the final two beers from its 2022 Barrel-Aged program. The two beers are My Stars Shine Darkly and The Great Stage of Fools and are not part of the Cellarbration Mixed Case and are only sold on their own.

Here are details on each of the two forthcoming barrel-aged beers.

Cellarbration Mixed Cases can be purchased exclusively at Breakside’s five locations in the Portland metro area. Cases have two of each beer, with twelve bottles total, for $155 per case. Only 120 cases are available and this is the last time these beers will be sold commercially.

The final two beers in the 2022 lineup — My Stars Shine Darkly and This Great Stage of Fools — will be available for $16 per bottle at all Breakside locations beginning December 1, with limited distribution of bottles and draft to specialty beer stores in Oregon and Washington.

To learn more about these beers, visit breakside.com.