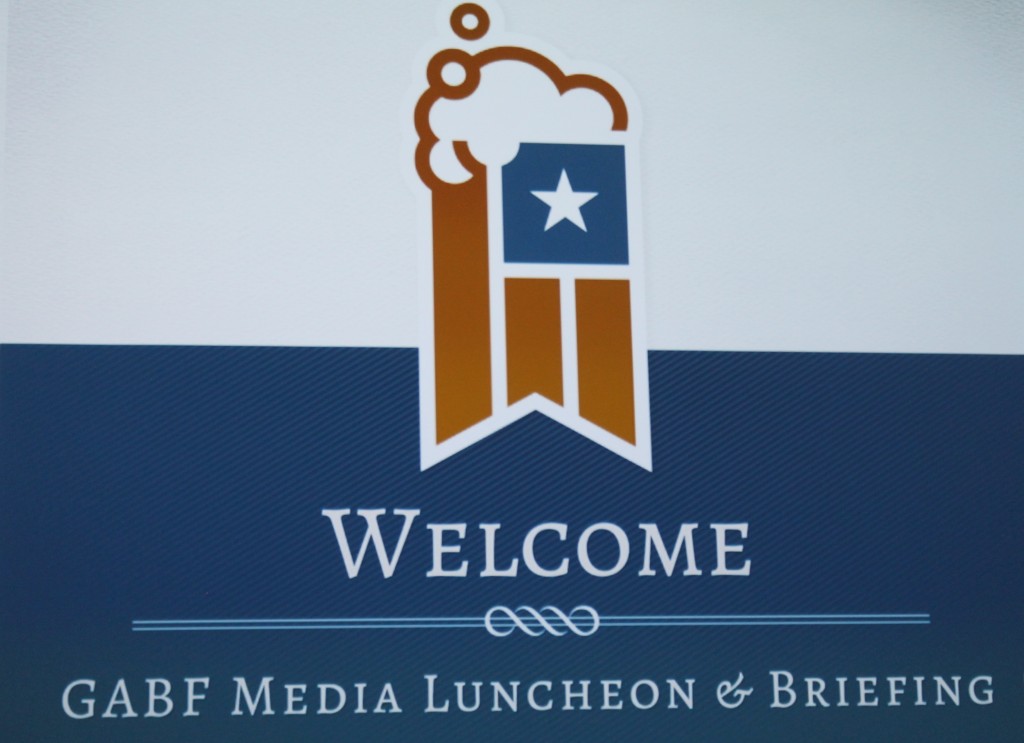 The 2015 Great American Beer Festival was full of events focusing on educating the industry about the goals of The Brewers Association. On the second day of GABF the Brewers Association held a luncheon for media members attending the festival. The luncheon was a five course meal, paired with individual beers associated with a BA board member. Adam Dully, Executive Chef of the Brewers Association, designed food and beer pairings. Continuing our review of GABF 2015, here is a short recap of what the BA wants you to know and a few members of the BA board who spoke at the luncheon:

Eric Wallace is packaging director at Left Hand Brewing in Colorado and head of market development at the BA. Eric’s role with the organization is to increase sales of craft beer while simultaneously maintaining beer quality. The BAs goal for sometime now has been to increase craft beer market share to 20% by 2020. To increase craft beer sales, Eric is looking to international markets. He is working on opening the communication channel between US craft breweries and international wholesalers and exporters. As far as product quality goes, Eric focuses his time on educating retail outlets. He stresses the importance of authentic/clean glassware and how to properly maintain and design draught systems.

Rob Todd of Allagash Brewing and Vice Chair of The Brewers Association addressed the importance of taxation on breweries. Rob stated, “If brewers were not required to pay excise tax, they would probably be able to purchase an additional fermentation tank every year.” In order to address this, Rob is an active participant in a bill designed to reduce excise tax for breweries producing under 6,000,000 bbls per year. The bill would have dramatic effects on smaller breweries that could result in cutting excise tax by 50%. Larger breweries would still see some savings, just not as extreme.

Bart Watson is the chief economist of the Brewers Association and in charge of all the stats coming out of the BA. Bart shared his opinion on whether or not he foresees a saturation point in the industry anytime soon. His prediction was that rather than reach a saturation point, the industry will likely shift from production breweries to brewpub/tasting room models. This shift would be in response to an increasing demand for craft beer with shrinking supermarket shelf space. Bart also announced that last week the United States passed the 4,000 brewery mark, closing in on the historical high of 4,131 in 1873.

Overall, the Brewers Association is doing a great job at shaping the perception of craft beer. They are sticking to their overall goals of increasing craft beer sales while maintaining product integrity. If the BA continues to function as they’ve been, obtaining 20% market share by 2020 seems well within reach.