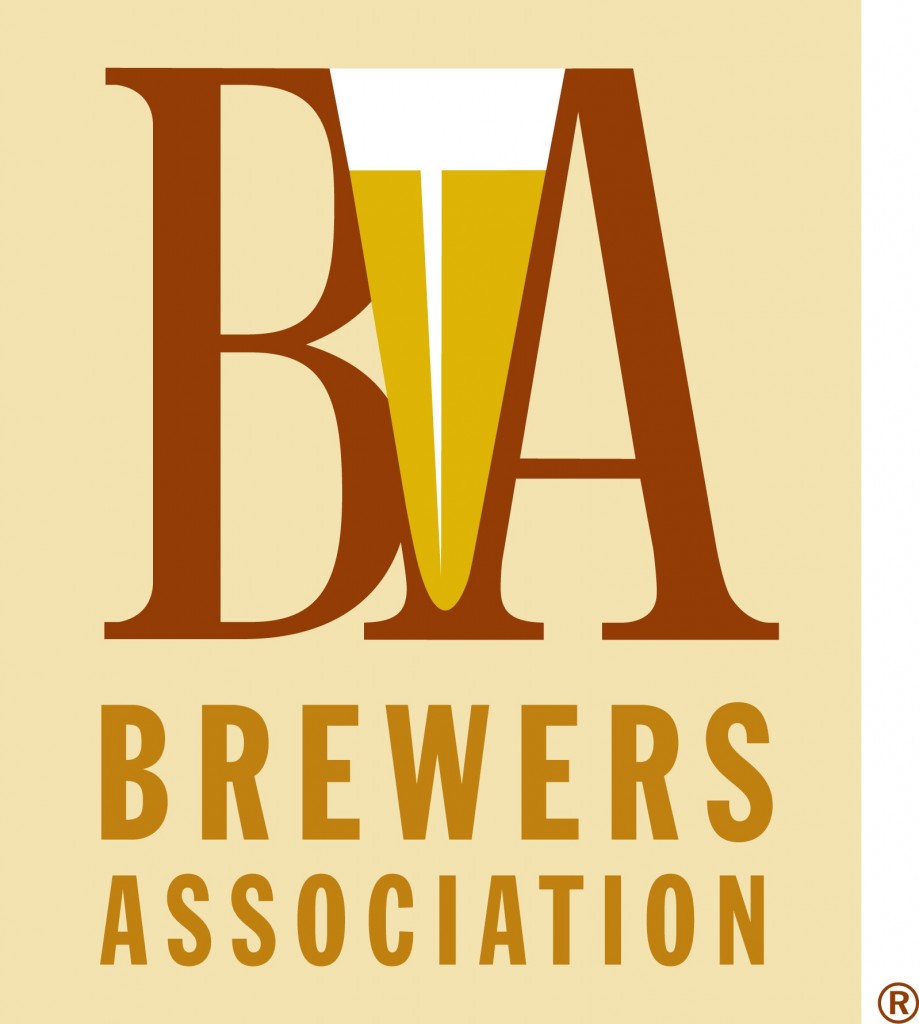 “The companies on this list include the vanguard of the craft industry,” said Bart Watson, chief economist, Brewers Association. “They are exposing new beer lovers to craft, opening new markets and creating opportunities for the entire category. As they continue to grow, so will the availability of innovative and high-quality beers produced for all to enjoy.” 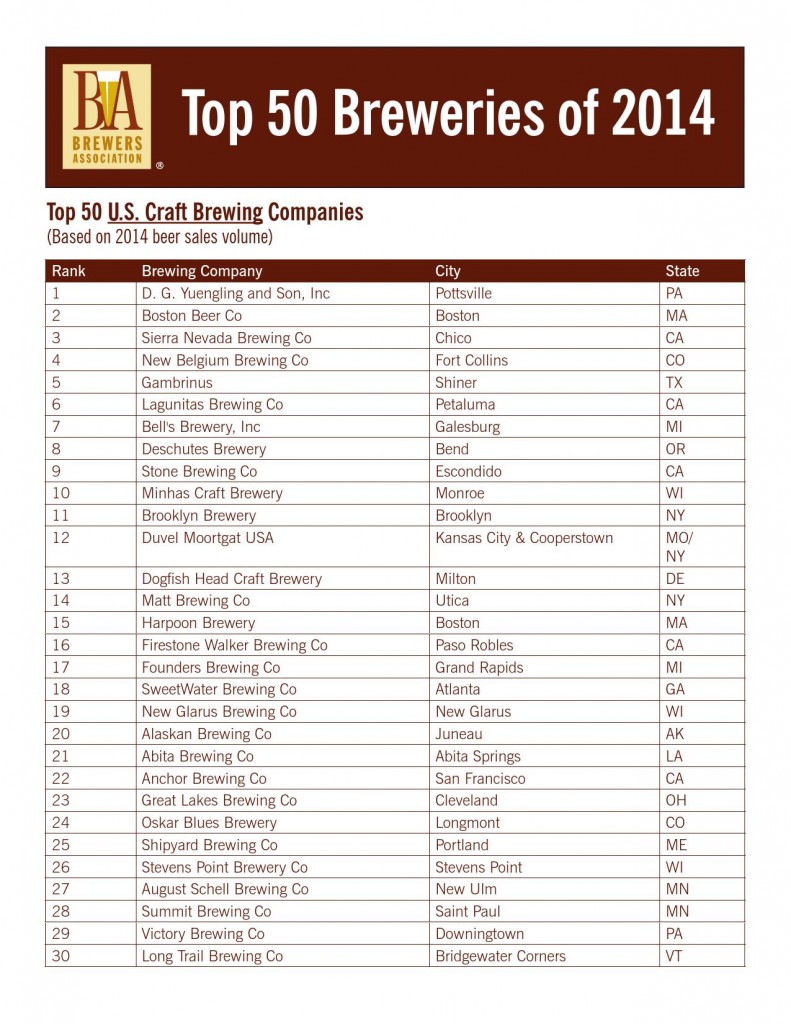 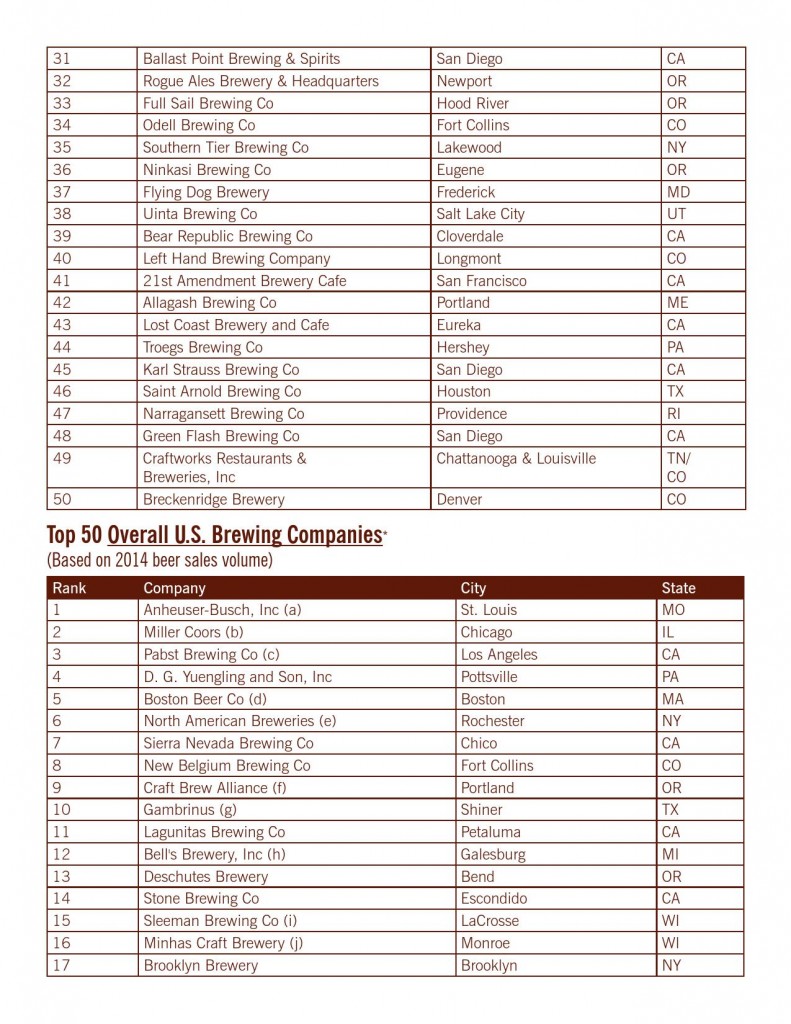 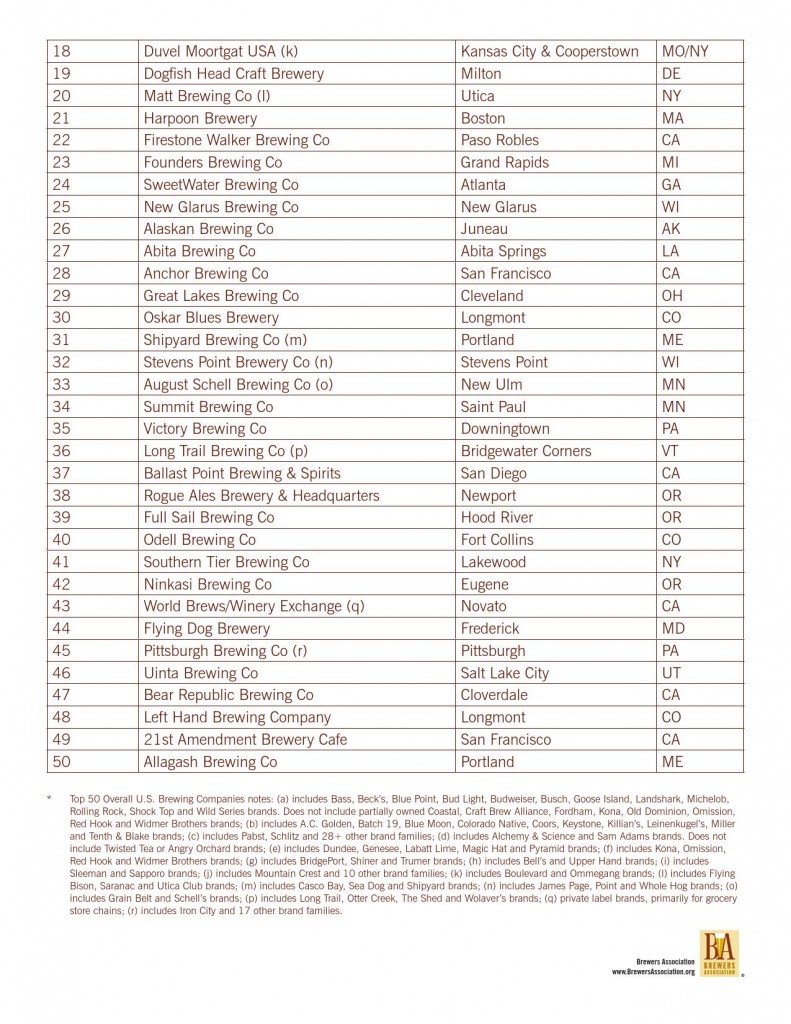 The Association’s full 2014 industry analysis, which shows regional trends and sales by individual breweries, will be published in the May/June issue of The New Brewer, available in May 2015.