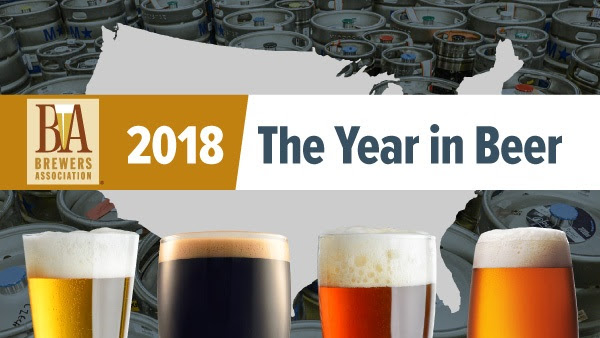 As the year comes to a close, the Brewers Association looks back on the year in craft brewing for 2018. It reviews the craft beer community’s contributions, highlights, and defining beer moments during the past year.

“The brewing landscape is shifting, yet small and independent breweries continue to find market success,” said Julia Herz, craft beer program director, Brewers Association in a statement. “Brewers are finding ways to differentiate themselves in a competitive market, become pillars of communities, and embrace new experiences and occasions to connect with beer lovers.”

Here are some of the highlights as presented by the Brewers Association.

Next year at the Craft Brewers Conference® & BrewExpo America® the Brewers Association will offer a complete 2018 industry analysis. CBC will be held in Denver, Colorado from April 8 – 11, 2019 and will feature keynote speaker Bruce Dickinson, brewer, businessman, pilot, and lead singer of Iron Maiden.