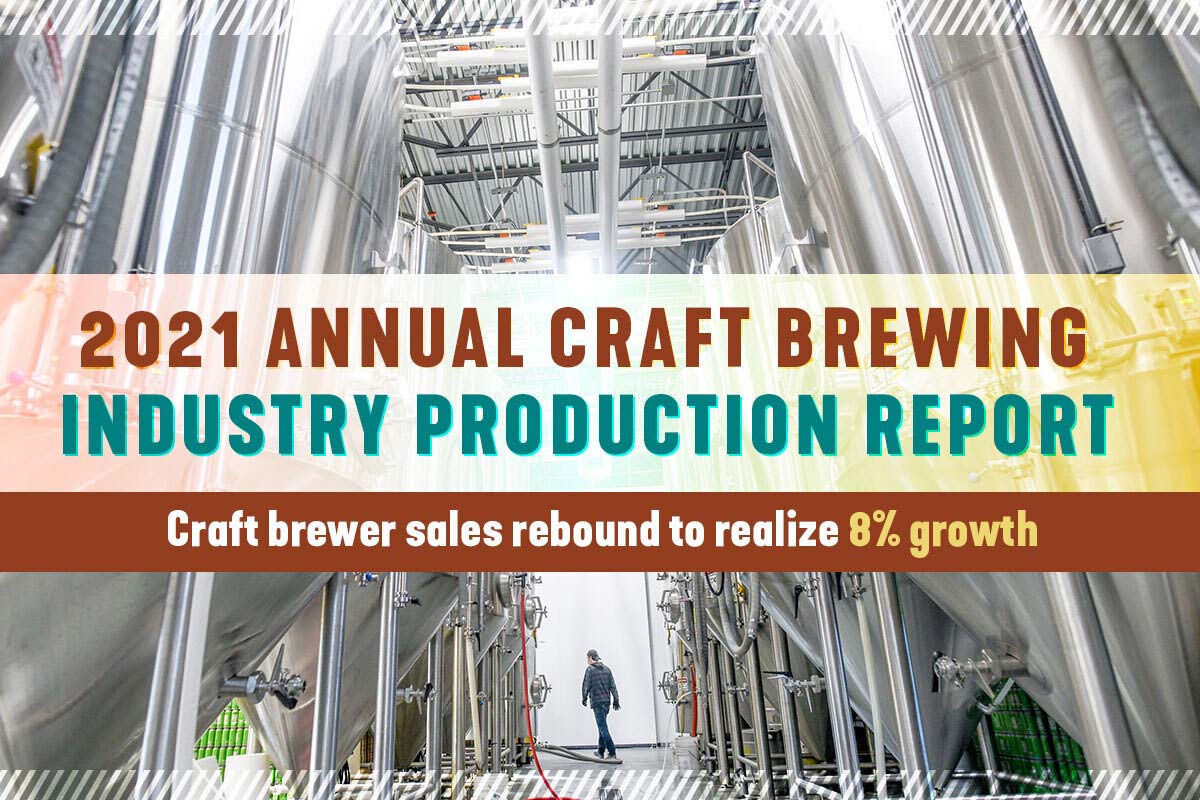 During the second year of the pandemic, craft beer sales have seen an improvement over the previous year, but the future still has plenty of questions. Sales of craft beer grew 8% in 2021, but that was after the segment experienced a sharp 10% decline during the first year of COVID.

The BAs report stated that In 2021, small and independent brewers collectively produced 24.8 million barrels of beer and realized 8% growth that increased craft’s overall beer market share by volume to 13.1%, up from 12.2% the previous year. The overall beer market grew 1% by volume in 2021. Retail dollar value was estimated at $26.9 billion, representing 26.8% market share and 21% growth over 2020. This growth is stronger than volume primarily due to the channel shift back to on-premise sales at bars and taprooms that offers a higher average retail value. The report also stated that craft brewers provided more than 172,643 direct jobs, a 25% increase from 2020.

“Craft brewer sales rebounded in 2021, lifted by the return of draught and at-the-brewery traffic,” said Watson. “However, the mixed performance across business models and geographies as well as production levels that still lag 2019 suggest that many breweries remain in recovery mode. Add in continuing supply chain and pricing challenges, and 2022 will be a critical year for many brewers.”

The number of operating craft breweries continued to climb in 2021, reaching an all-time high of 9,118, including 1,886 microbreweries, 3,307 brewpubs, 3,702 taproom breweries, and 223 regional craft breweries. The total operating brewery count was 9,247, up from 9,025 in 2020. Throughout the year openings outpaced closings as there were 646 new brewery openings and 178 closings. Openings decreased for a second consecutive year, with the continued decline reflecting a more mature market. Ongoing pandemic challenges and rising interest rates were additional factors. The closing rate also declined in 2021, likely helped by a combination of better sales numbers and additional government relief through the Restaurant Revitalization Fund, which was available to some brewpub and taproom brewers.

“While the boom in breweries of a few years before has certainly slowed, the continued growth in small breweries shows the solid foundation of demand for their businesses and beers,” added Watson. “2022 is going to be a make-or-break year!”

Take a look below at the Top 50 breweries, both craft and all encompassing breweries. One thing that does jump out is the first time entry of Athletic Brewing Co. to the list of the Top 50 Craft Breweries. The non-alcoholic beer producer entered the list at an impressive ranking of #27. This shows why craft brewers such as Deschutes Brewery have entered the N/A category. We are likely to see other breweries enter it as well. 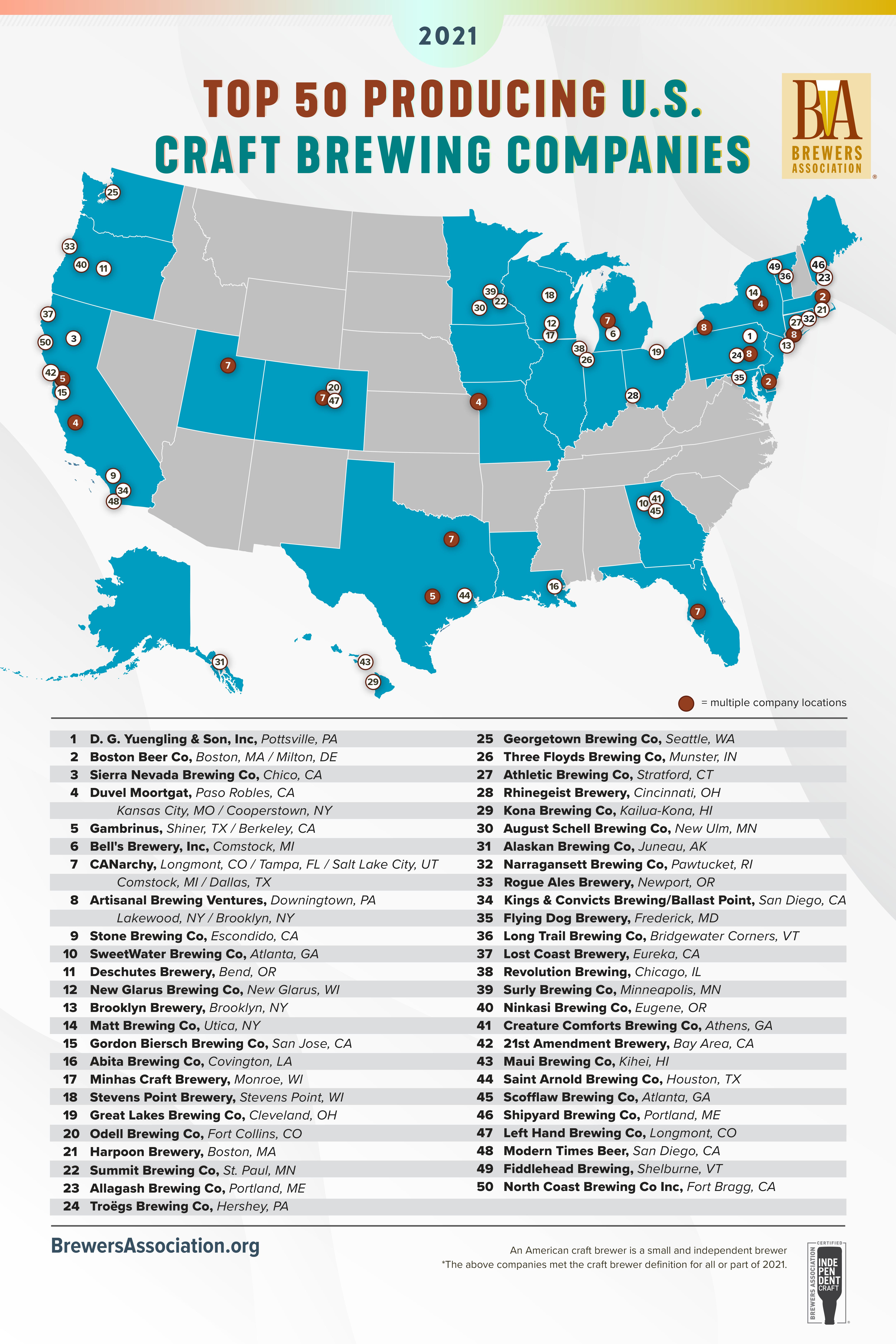