“We’ve been working for 10 years to get to the point where we can supply sour beers to a worldwide market, and we’ve finally arrived at that place,” said Cascade founder Art Larrance. “We’re pleased to partner with distributors like Favorite Brands who will support Cascade and elevate sour beers in their market.”

Cascade Brewing is known for its award-winning sour ales that feature a clean, lactic acid profile produced by a house culture of lactobacillus bacteria. The beers frequently rely on the use of fresh ingredients grown exclusively in the Pacific Northwest, including as cherries, apricots, berries and grapes. Its blending house currently holds more than 1,500 French oak, Kentucky Bourbon and Northwest wine barrels – plus nine foudres. 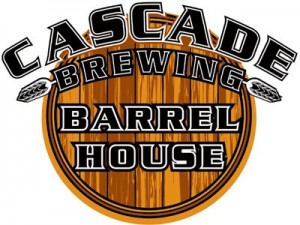 “At Cascade, we produce beers from our own style. We have no guidance other than our own palate and what comes out of our cellar,” explained Cascade’s Chief Imagineer Ron Gansberg. “Each beer is drawn from several individual barrels, and features a balanced level of fruit, acidity and nuances from each barrel. We marry these beers together so they truly soar to great heights.”

“Favorite Brands is extremely excited to partner with Cascade Brewing and bring one of the most iconic craft breweries in the world into Texas,” stated Greg LaMantia with Favorite Brands. “Together we are advancing the cause for craft brewers, craft distributors and craft consumers in the great state of Texas.”

Added LaMantia, “Cascade Brewing has been knee deep in the craft industry for a long time now. They are at the forefront not only of brewing, but developing the right culture between brewers, distributors, retailers and consumers.  To have those type of accomplishments in what has to be considered the “Mecca” for craft beer – the Pacific Northwest – says something about their vision and passion for craft beer.”

Cascade will be shipping limited quantities of its 750ml bottles in a variety of flavors and styles, which over time will likely include Apricot, Blackberry, Blackcap Raspberry, Blueberry, Cranberry, Elderberry, Figaro, Kriek, Manhattan, Noyaux, Sang Noir, Strawberry and The Vine.