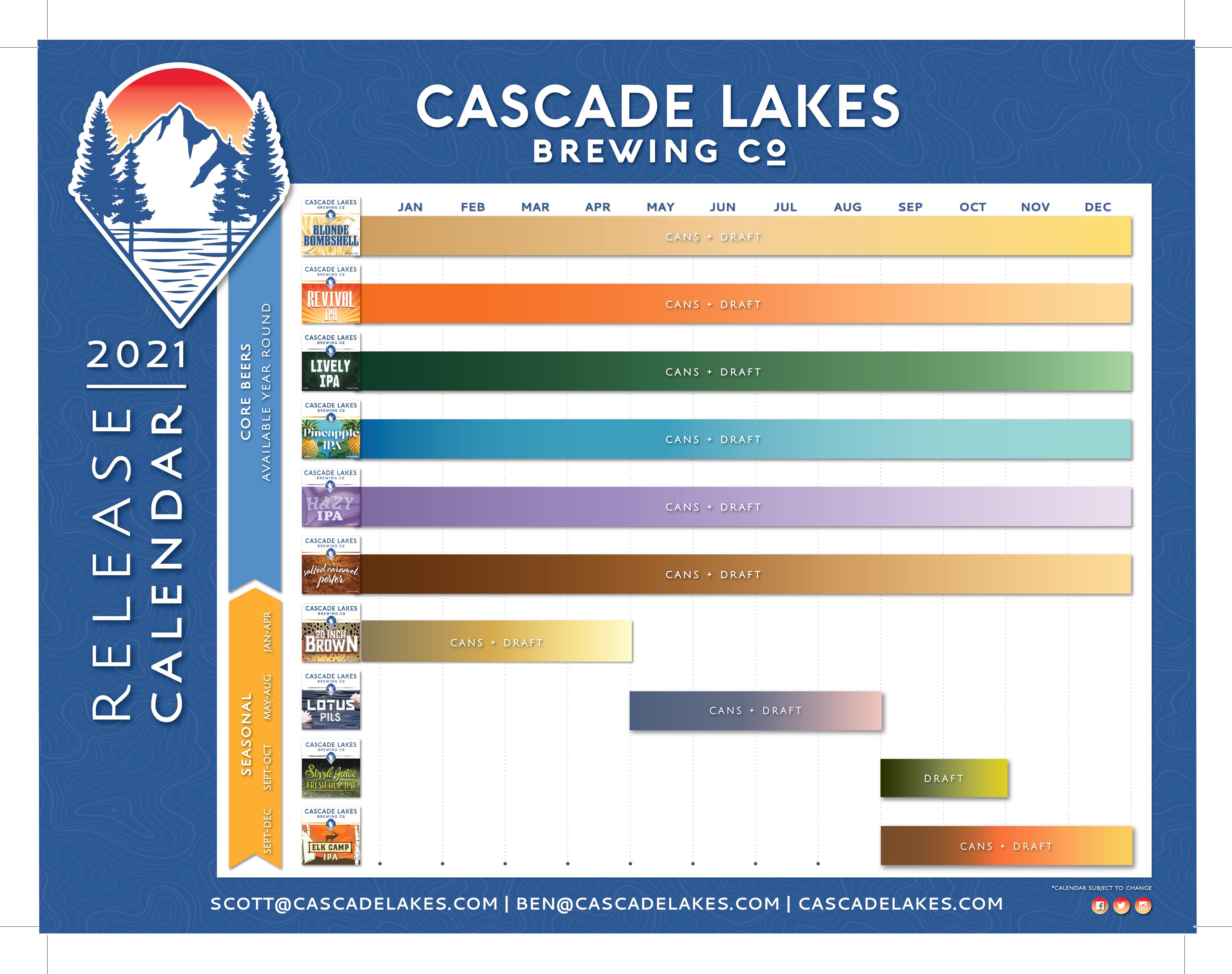 Central Oregon’s Cascade Lakes Brewing Co. announces its 2021 Beer Release Calendar. The coming year will see the return of its Core Beers packaged in cans and on draft. In addition to these year-round offerings, Cascade Lakes will also release four seasonal beers, many in cans and all available on draft.

When it comes to its Seasonal Beers look for 20 Inch Brown (Jan-Apr), Lotus Pils (May-Aug), and Elk Camp IPA (Sept-Dec) available in cans and on draft. Cascade Lakes other seasonal, Sizzle Juice Fresh Hop IPA will only be available on draft in September and October. 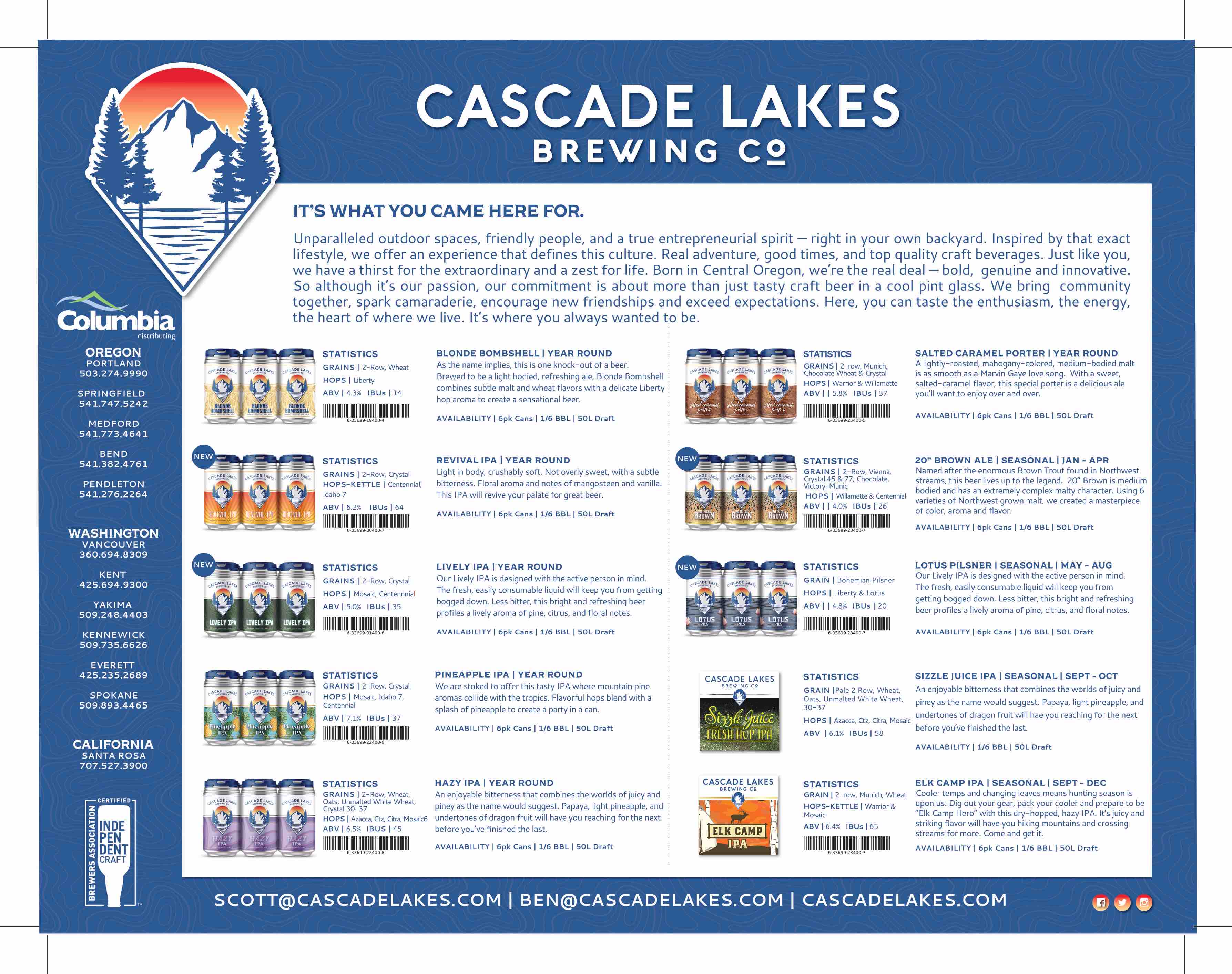