Though the private sector has not deemed the necessity of a brewery, city leaders from Madras, Oregon are offering a package of incentives and assistance to lure a brewery or brew pub to the city of 6,275 residents. This potential new brewery will join New Basin Distilling Company and Mecca Grade Malt that also call Madras home.

Located 2-1/2 hours southeast of Portland and an hours drive north of Bend, the City of Madras is seeking a brewery to be part of the City’s Urban Renewal District (URD), located in Madras’ downtown core. It’s through its taxpayer supported Madras Redevelopment Commission (MRC) that the city is offering this incentive package.

To assist in bringing in a brewery the City of Madras has enlisted the assistance of Pratt Rather, a Central Oregonian and brewery founder/consultant that also help co-found GoodLife Brewing.

Here are more details from the City of Madras’ press release…

The incentive package and overall business opportunity is presented online at www.brewitmadras.com and on the City’s website at www.ci.madras.or.us. A PDF brochure is also available and can be requested by contacting City of Madras Community Development Director, Nick Snead.

MRC is offering aid to a developer, owner, or operator as an incentive to open a brewery or brew pub in Madras. Per the recruitment materials, such assistance from MRC may be used in any one of the forms listed below, provided the location chosen is inside the Madras URD. Assistance is subject to approval by MRC.

Examples of Assistance Include:

Snead said the City identified three key groups to target their recruitment message. “Whether you’re an established brewer looking to expand, a business guru looking for the next investment, or the passion-project type who’s driven by the love of beer, good food, and community, we want to talk to you,” Snead said. 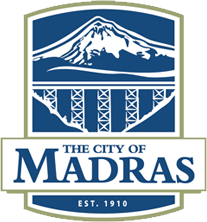 As outlined in the materials, Madras hosted 100,000+ visitors during the 2017 Total Solar Eclipse in August and drew crowds from nearby and across the world. “Now is the perfect time, on the heels of our successful eclipse event, to recruit a brewery to our growing and energized community,” Snead said. “We were a world’s stage, and people got to see just how great of a community we have here in Madras.”

The City conducted a community survey as part of its urban renewal plan in 2015, and recruiting a brewery was named one of the community’s highest priority projects. Madras Mayor Royce Embanks said, “When hundreds of community members provided input on our City’s Urban Renewal Action Plan and said that recruiting a brewery is a top priority, it was clear—Madras is ready for a brewery or brew pub to call its own. The vision is for a vibrant community gathering place and an inviting destination for friends, family, and tourists.”

Both Snead and Mayor Embanks say that Madras and the surrounding area is a “brewer’s dream” given the resources nearby. “Beer is mostly water, and we have the best water around,” said Snead, referring to nearby Opal Springs featuring ultra-pure water that is naturally filtered by thick layers of volcanic basalt.

Mecca Grade, an estate malthouse located in Madras, offers the opportunity for farm-to-tap experiences with locally grown and malted grain; and with Madras’ vast agricultural industry, locally grown and raised food makes the possibility of farm-to-table options viable for a pub restaurant. “Madras offers such a unique opportunity for a brewer or brew pub because we’re one of the few towns that can supply a completely local brewery, from amazing water and locally grown and malted grain, to local produce, beef, pork, and dairy,” Mecca Grade owner Seth Klann said. “It could be a celebration of our whole community, which is pretty cool.”

Madras’ location in Central Oregon (a center of craft beer culture and prime tourist destination), MRC’s incentive package, and the prospect of being Madras’ first brewery or brew pub round-out the unique benefits of starting a brewery in Madras according to the recruitment materials. “The brewery project in Madras is a one-of-a-kind opportunity,” said Central Oregonian and brewery founder/consultant Pratt Rather. “Madras is an underserved brewery or brew pub market, and the City’s incentive package alone is a game-changer for anyone thinking about doing this.”

Additionally, the marketing materials highlight the diverse cultural mix and deep history in Madras, offer an overview of several main attractions in the area including City services and outdoor recreation sites, and list tourism and consumer demand information, as well as feature Oregon beer industry stats.

Those interested in talking to the City of Madras about starting a brewery, or to simply learn more may contact Nick Snead, nsnead@ci.madras.or.us.