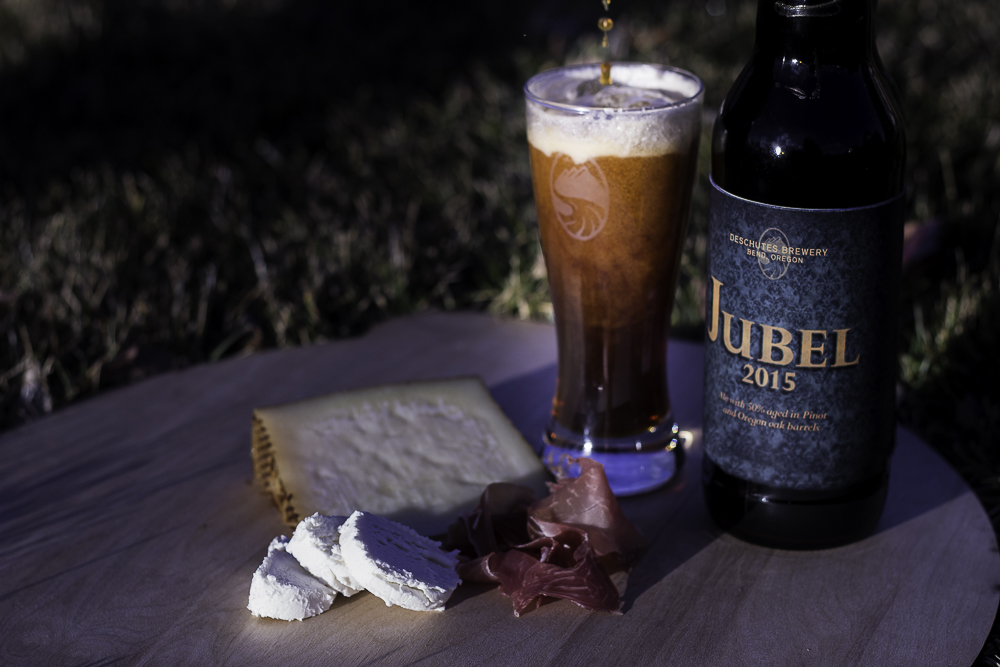 Last month Deschutes Brewery released its Jubel 2015. This strong ale from Deschutes is rarely released and at one time it was slated as to be released only once per decade. However, Deschutes decided to not wait another 5 years and released it this year.

Jubel 2015, also known as “Super Jubel”, is an imperial take on the brewery’s well-received festive winter ale, Jubelale. The story goes that Super Jubel was discovered by accident two decades ago when a clumsy burglar didn’t realize the weight on his stolen keg of Jubelale in the dead of the Oregon winter. The remaining liquid form the half-frozen keg was a highly concentrated Jubelale. 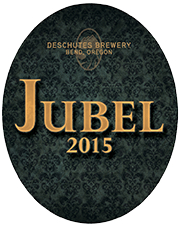 Being classified as a Strong Ale at 10.4% ABV and 55 IBUs, Jubel 2015 is 50% barrel aged for 12 months in Pinot Noir and new Oregon Oak barrels. The malts used are Pale, Special B, Crystal, Roasted Barley, and Flaked Barley. Then Millennium, Nugget, Cascade, Willamette, US Tettnang, and East Kent Goldings hops were added.

Bottles of Super Jubel are still available at select retailers. We have even seen them at various grocery stores including a few Safeway in the Portland area. To better help your search Deschutes does offer a nice Beer Locator that may offer some assistance. Happy hunting!