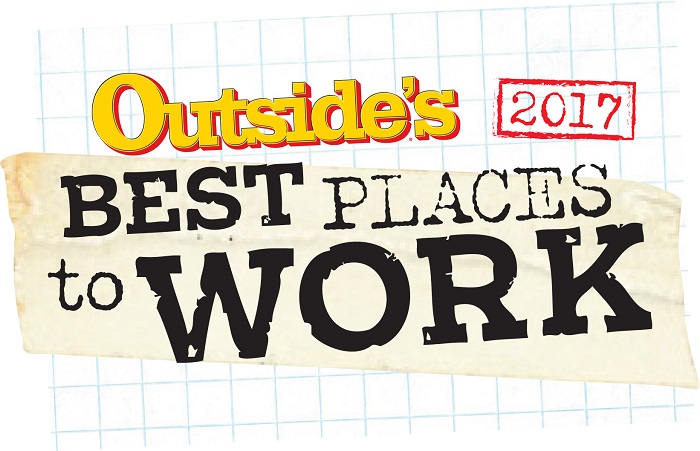 Bend, Oregon (November 7, 2017) – Deschutes Brewery has been selected as one of OUTSIDE’s Best Places to Work 2017. The brewery has been ranked on the list for four out of the past five years based on a workplace culture that encourages every employee to have a voice and a direct impact on the company’s success.

“We are a family and employee owned company, so every single person on the team works hard every day to contribute to our success while staying true to the culture that we have valued for the past 29 years,” said Michael LaLonde, president and CEO of Deschutes Brewery. “Striving to balance all our hard work with a healthy lifestyle that takes advantage of our hometown recreation is important and receiving the OUTSIDE award again means we’re doing something right. We’re excited to be included.” 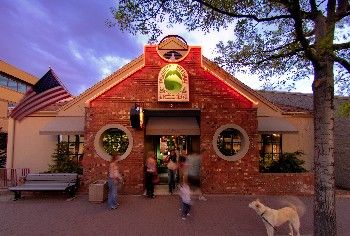 Deschutes Brewery was founded in the outdoor recreation mecca of Bend, Oregon, where employees enjoy an active lifestyle in the outdoors. From a company cyclocross team to a partnership with local ski hill, Mt. Bachelor, Deschutes Brewery embodies this premise of the OUTSIDE award program. Every employee strives to preserve his or her outdoor playground through a commitment to using fewer resources and making continuous improvements to reduce impact on the environment.  They do all this while continuing to make damn tasty beer.

The brewery was also selected for the award due to its high ranking for community involvement. Each year, Deschutes Brewery donates $1 per every barrel of beer sold to nonprofits to help fulfill the goal of building a healthier society (amounting more than $300,000 in 2017). In addition, the brewery’s traveling Street Pub program, which visits cities across the United States to bring the pub to the people, has raised more than $1 million dollars during its three-year tour for charity.

OUTSIDE’s final selections for the list are based on feedback received through a rigorous two-part employee survey process. The Best Companies group then evaluates each nominated company’s workplace policies, practices, philosophy, systems and demographics.  The winning companies are those that value productivity in combination with an active, eco-conscious lifestyle, for a fulfilling experience inside and outside the office. This is OUTSIDE’s tenth year providing the Best Places to Work.

The complete list of OUTSIDE’s Best Places to Work 2017 is available at OutsideOnline.com. For a list of past winners and for more information on the selection process, visit Bestplacestoworkoutside.com.

About Deschutes Brewery
Family and employee owned since 1988, Deschutes Brewery – Bend’s original brewpub – has become the cornerstone of Central Oregon’s flourishing craft brew culture. Known for its generous use of whole hops in its defining beers such as Black Butte Porter, Mirror Pond Pale Ale, and Fresh Squeezed IPA, the brewery also keeps fans on the edge of their bar stools with the release of small batch experimental beers each season. Now available in 29 states and Washington D.C., Deschutes’ flagship brewpub has been joined by a main brewing facility overlooking the Deschutes River in Bend, a pub in Portland and a tasting room in Roanoke, Virginia where it will build a new east coast brewery. www.deschutesbrewery.com

About OUTSIDE
OUTSIDE is America’s leading active lifestyle brand. Since 1977, OUTSIDE has covered travel, sports, adventure, health, and fitness, as well as the personalities, the environment, and the style and culture of the world Outside. The OUTSIDE family includes OUTSIDE magazine, the only magazine to win three consecutive National Magazine Awards for General Excellence, The Outside Buyer’s Guides, Outside Online, the Outside Podcast, Outside Television, Outside Events, Outside+ for the iPad, Outside tablet edition, Outside Books, and Outside GO, a revolutionary, 21st-century adventure-travel company. Connect with OUTSIDE online, on Facebook, Twitter, Instagram and Pinterest.

About The Best Companies Group
Best Companies Group works with national and local partners around the country and internationally to establish and manage “Best Places to Work,” “Best Companies,” and “Best Employers” programs on a national, statewide, regional and industry basis. Through its thorough workplace assessment, utilizing employer questionnaires and employee-satisfaction surveys, BCG identifies and recognizes companies who have been successful in creating and maintaining workplace excellence.