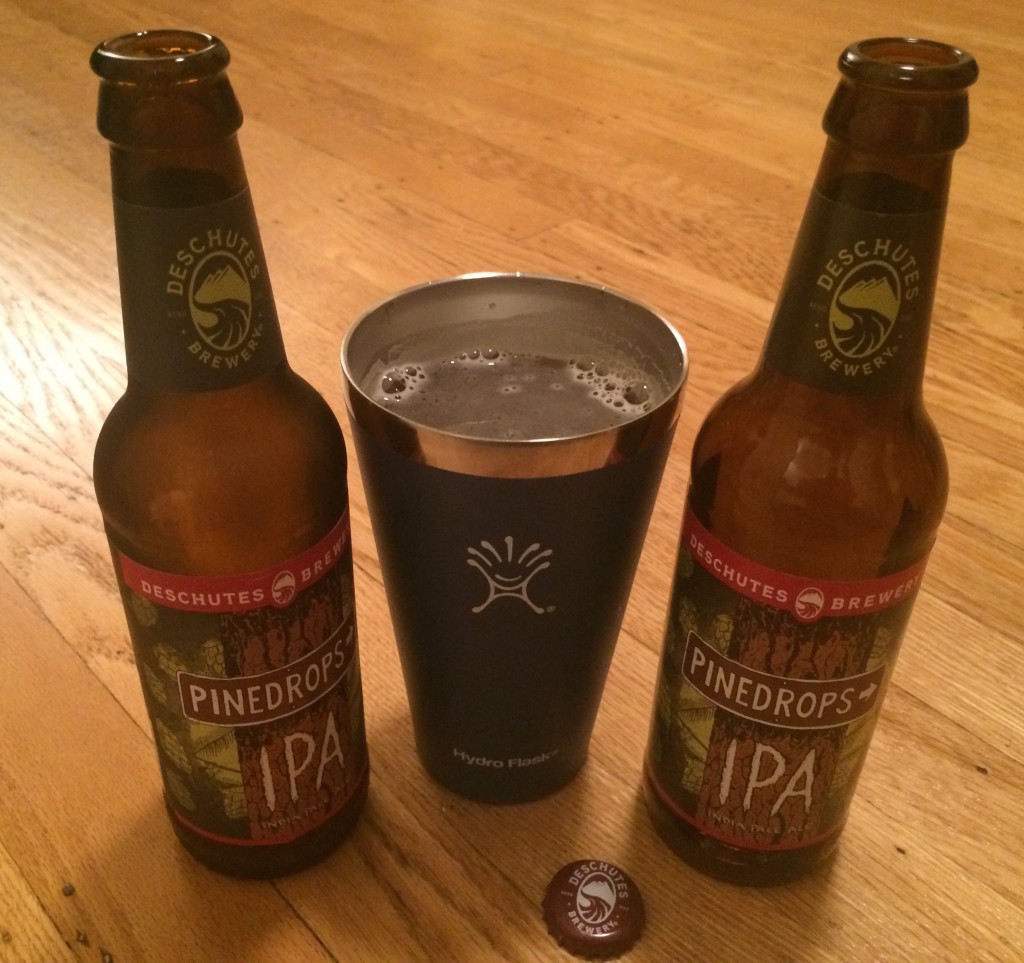 Part of Deschutes Bond Street Series, its nice to see that Pinedrops IPA is packaged in convenient 12oz bottle six packs. Using five malts and five hops in brewing this IPA, the result is a maltier body but the hops win out with pleasant citrus and a slight dankness at the end.

Along with the two bottles of Pinedrops IPA, the shipment included the brand new Hydro Flask 16oz True Pint to try out. This double wall vacuum insulation does provide an excellent way to keep your beer at a consistent temperature and not allowing any sweating so no coaster is ever necessary. Constructed of 18/8 stainless steel will keep your beer from extracting any off flavors as stainless will not give any metallic or other residual taste.

At a suggested retail of $21.99, this can be the only drawback in this well made pint container designed for the outdoor adventurer.