Approaching its three year anniversary, Ecliptic Brewing will offer a new look on its labels for three of its four year round beers that are part of the brewery’s All The Time Series. This means there will be new labels for Orbiter IPA, Spectra Hoppy Pilsner, and Carina Peach Sour Ale. The other beer, Capella Porter, will continue to be available only on draft.

The brewery’s latest addition to its All The Time Series is its Carina Peach Sour Ale. This beer was recently launched a few weeks ago at the 2016 Oregon Brewers Festival. “With the recent addition of Carina Peach Sour Ale to the line-up, we felt that it was time to give our year-round beers their own identity but still keep them part of the family.” stated Owner and Brewmaster John Harris in a news release. “I am excited to see the new labels hit the shelves!” 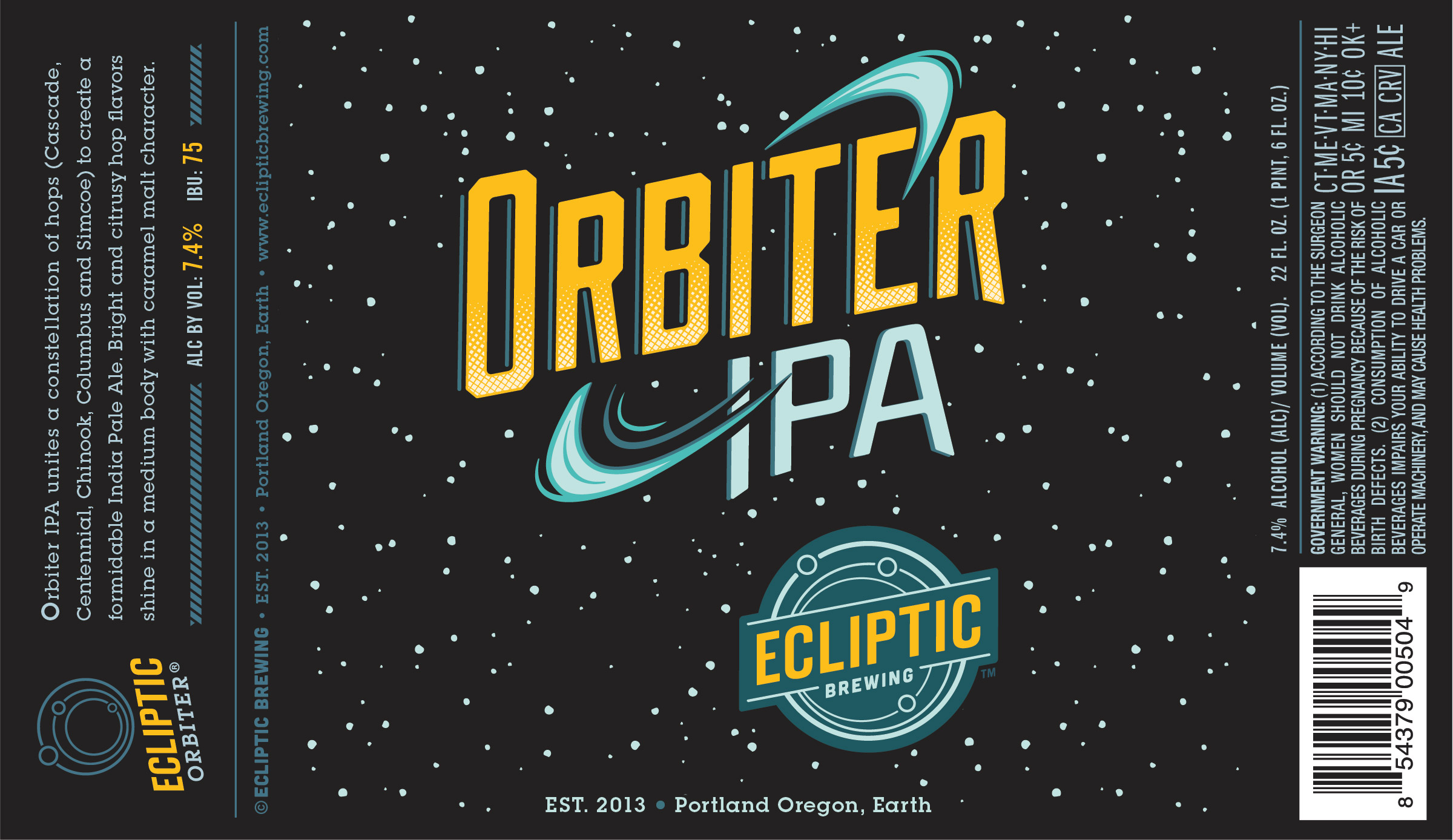 The new labels were designed in Portland by Sasquatch Agency and feature the familiar astronomy themes that Ecliptic Brewing is well known for. “We’re flipping the read so we can get more expressive, while also helping visually differentiate each beer as the core line up grows,” stated Sean Haggerty Senior Art Director at Sasquatch Agency in the news release. 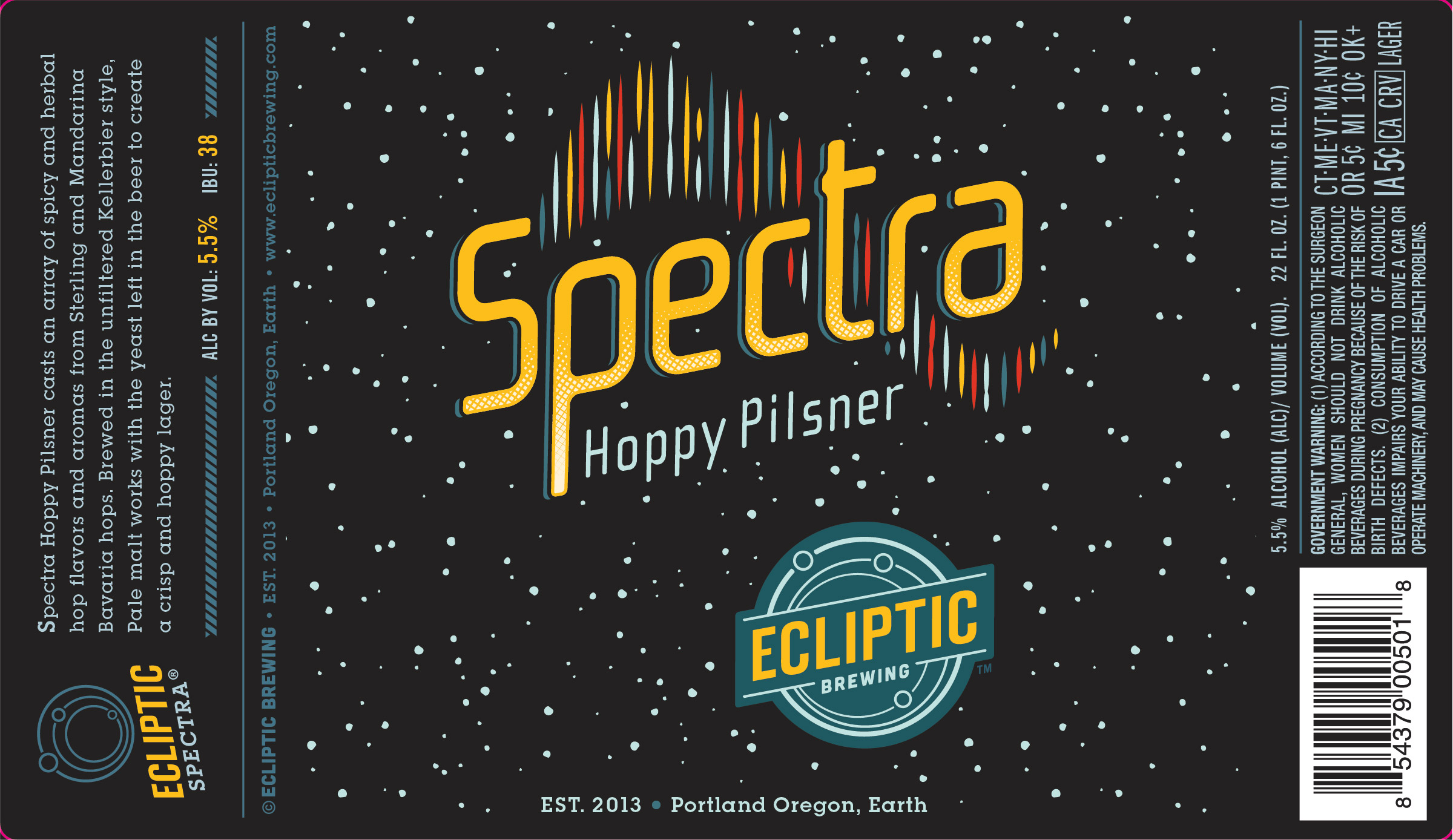 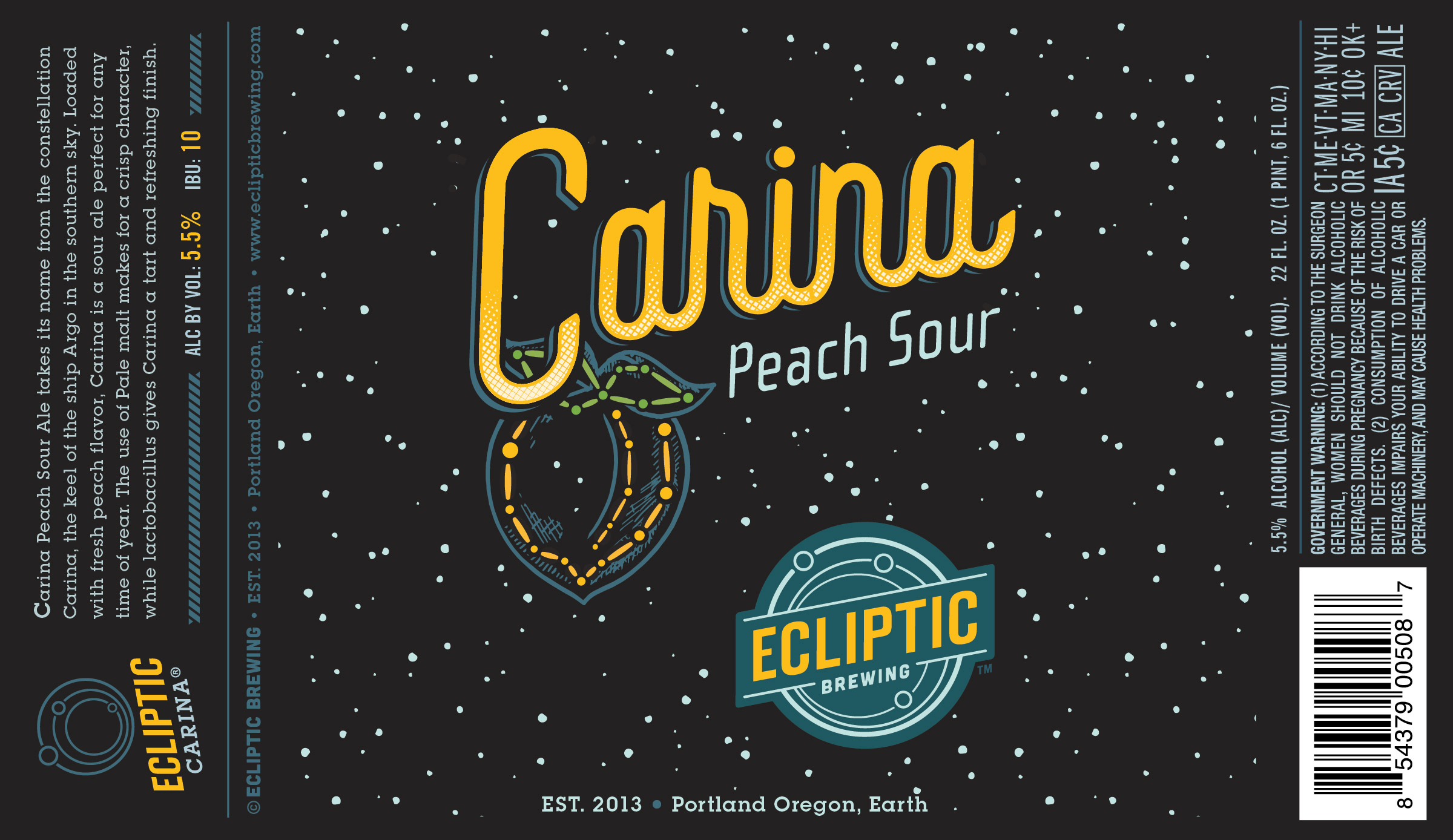 Look for new labels for Orbiter IPA and Spectra Hoppy Pilsner, in the coming weeks. as Carina Peach Sour Ale is currently in the marketplace.