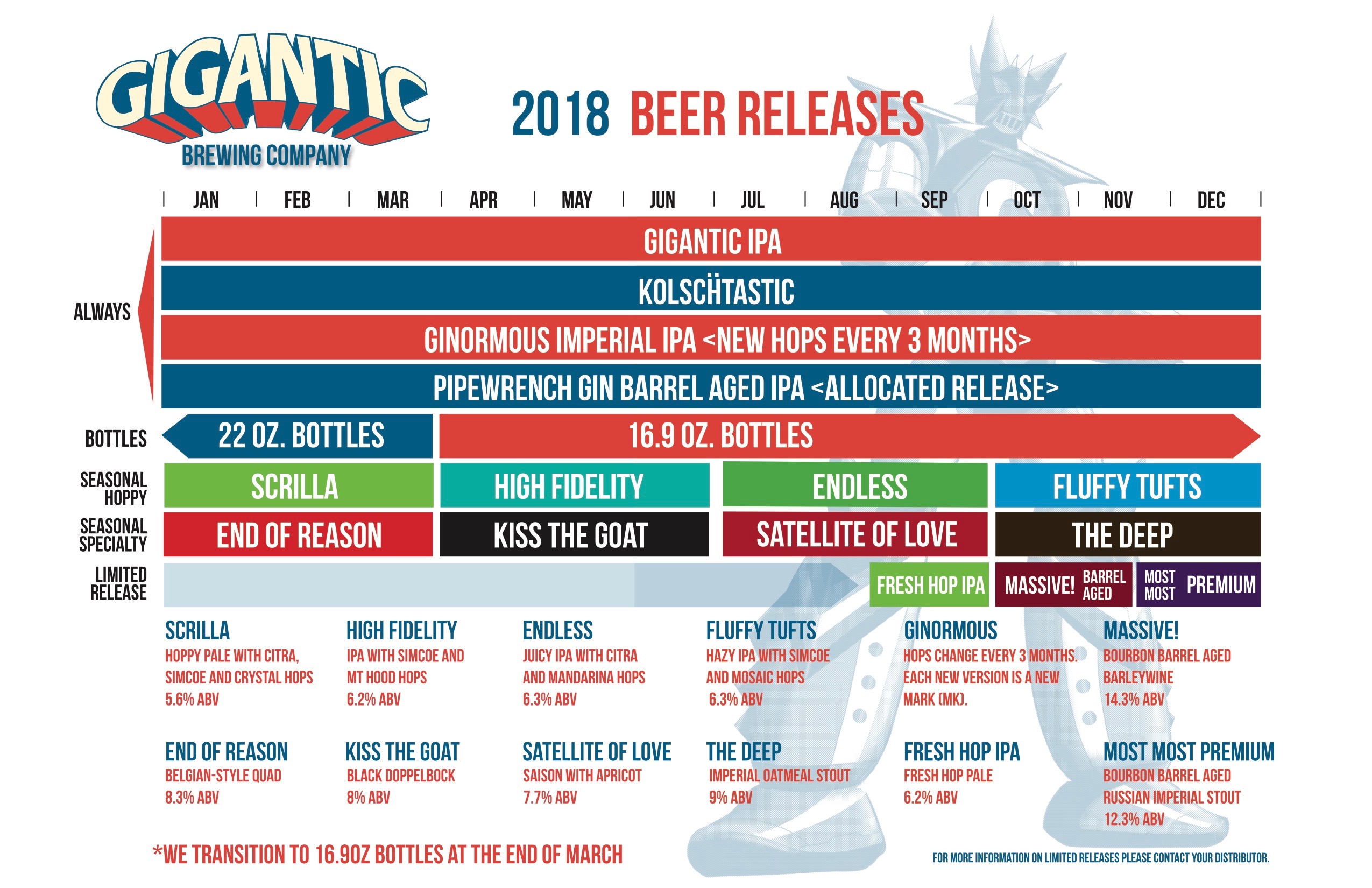 Looking to the year ahead, Gigantic Brewing has announced its 2018 Beer Release Calendar.

In the coming year Gigantic will continue with its three year-round beers, Gigantic IPA, Kölschtastic, and the rotating Ginormous Imperial IPA. When April 2018 rolls around Gigantic will transition from its 22oz bottles into 16.9oz glass bottles for both its flagship and seasonal beers.

The Portland based brewer continues its 5th Anniversary of Greatest Hits into the first half of 2018 when it revisits four previously brewed beers. First out will be Scrilla and The End of Reason in January 2018 and will then be followed up by High Fidelity and Kiss The Goat in April 2018.

With the forthcoming Greatest Hit Seasonals here are the descriptions for Scrilla and The End of Reason along with Ginormous IIPA provided by Gigantic Brewing. 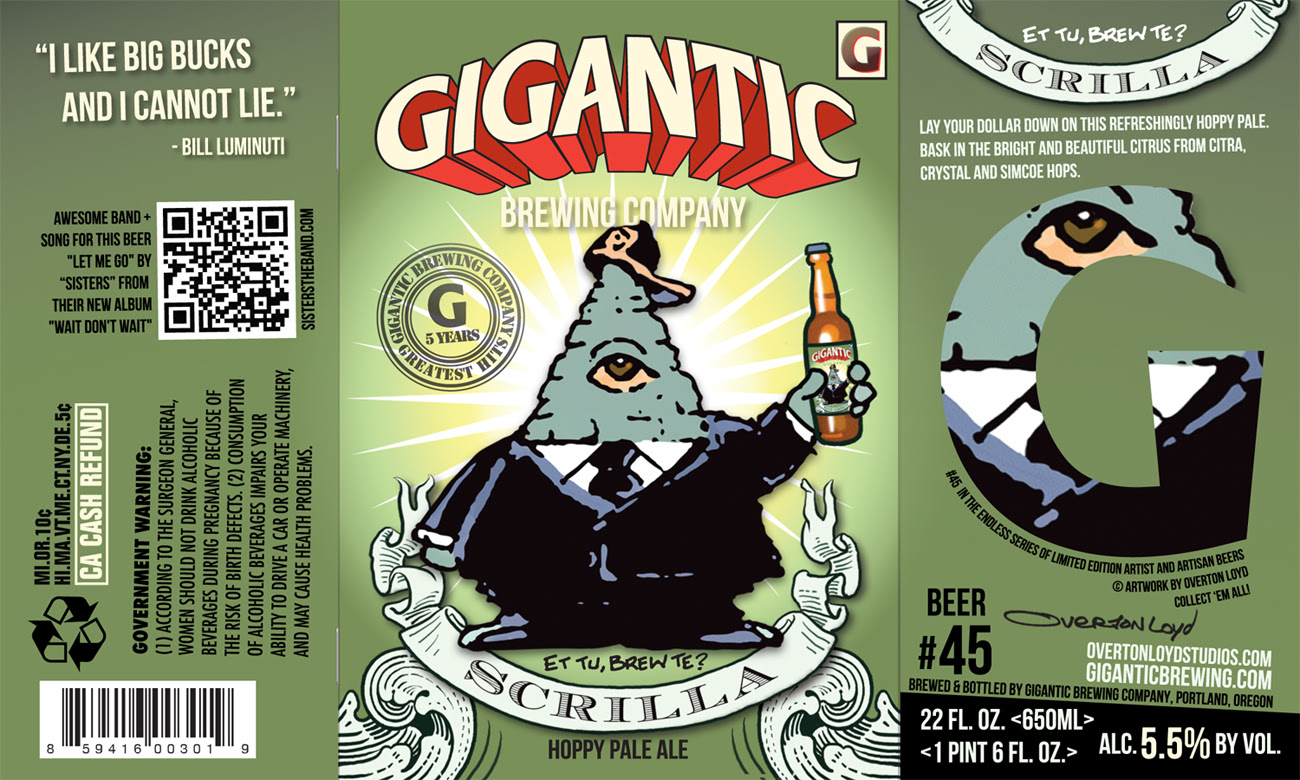 SCRILLA
The Seasonal Hoppy Beer for Winter
Scrilla is a new funkscrillaboogiemonster of a beer, modeled after the original pale ales, but boosted to soaring new heights with citrusy hops and golden naked oats. Hopped for interplanetary aroma and flavor, leaving all the bitterness behind. 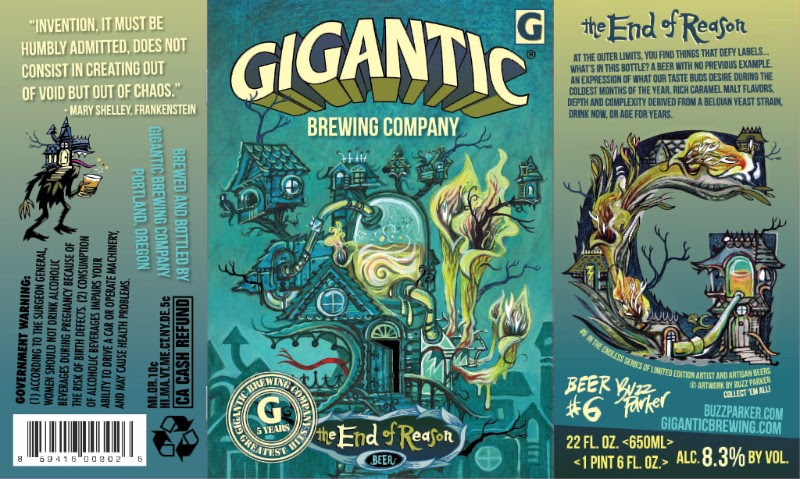 THE END OF REASON
“A Petite Quad”
We took inspiration from the Trappist brewers of Belgium and their Quadruple beers when crafting End of Reason. We wanted a beer that evoked the same caramel, toast and complexity of those beers, with slightly less alcohol. We jokingly call it a petite quad. 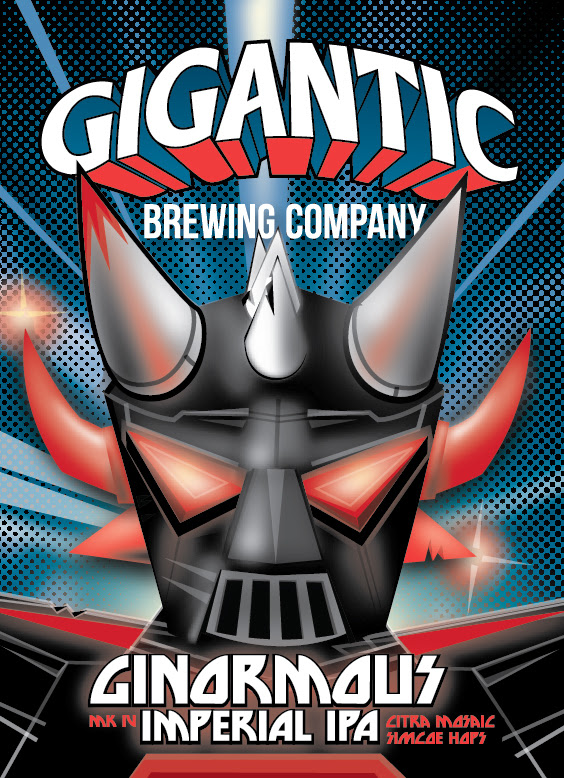 GINORMOUS DOUBLE IPA MK4
Juicy and Fruity, this quarter’s Ginormous is a tribute to one of our favorite hops – Citra – with a backbone of Simcoe and Mosaic hops. MK4 is a massive hop punch with strong citrus, orange rind, pineapple, passion fruit and caneberry flavors.