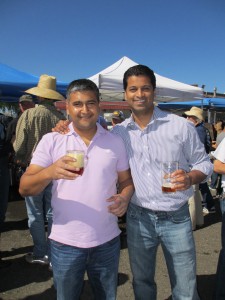 A look around this great land, it’s evident that craft beer is proliferating at a rate unseen since the Prohibition era. And, not only is craft beer gaining momentum and increased popularity stateside, it is a trend that seems to be burgeoning at every turn across the globe. One such example of craft beer’s rise is in India where Independence Brewing Company (IBC), the country’s first craft pub brewery, is about to take flight.

Founding partners Avanish Vellanki and Shailly Bist are the driving force behind this historical Indian craft beer enterprise that is sure to redefine the way craft beer is perceived in India. With the assistance of Stone Brewing co-founder and CEO Greg Koch, who is serving as cheif advisor for IBC, it certainly appears that the future for the company is looking very bright.

Brewpublic recently interviewed Avanish, Shailly, and Greg to learn more about IBC and how you can help them make it happen… 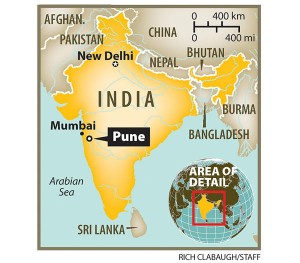 Where exactly are you located in India?

Avanish: We will be located in Pune, India, a major city southeast of Mumbai (Bombay). Pune has become a major technology center in India; in fact it’s the fastest growing tech center in the country! We have identified various specific locations in Pune that we think will work well for our plans.

What’s the climate for beer/craft beer in your region?  What beers are available other than yours?

Shailly: in short, the climate for beer is sad. There are only big brand yellow fizzy lagers available widely and even amongst that one or two brands dominate. There are no made in India craft beers yet. If you try hard and don’t mind paying you can buy some Belgian and British craft beers, but you don’t know how long the bottles sat in 100+ deg F warehouse. We need locally made craft beers
desperately.

Tell me about yourself and your background. How did you get interested in craft beer? What are some beers that have inspired you?

Avanish: Craft beer is art, in the same way that many gourmet entrees are art. The immense complexity and depth that craft beers possess inspire awe. For me, it was simply a love for variety. I truly love Stone’s Levitation (lucky for us Greg Koch is our partner!), but I’m also a huge fan of some of the Belgian sour ales and Bavarian Hefes.

My background has been in Biochemistry and Finance – pretty disparate huh? But with that, I went to Wall Street as an Investment Banker in Healthcare; advising companies on a market strategy, finding avenues for growth, and of course financing – nothing nearly as interesting as brewing beer! I do think it’s somewhat ironic however, that with IBC and brewing, I’m getting back to
Biochemistry. 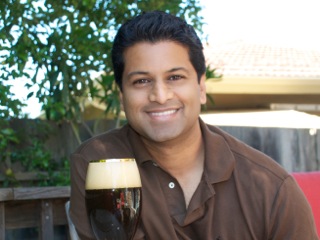 Shailly: I am a mechanical engineer by training who got obsessed with craft beer and home brewing about 5 years ago. My wife introduced me to craft beer when she took me on a date to a local craft brewery in Lafayette, IN where I went to school. I fell in love with both! Any well made beer inspires me. But if I had to pick Belgian tripels, West Coast-styled pale ales and imperial stouts are very
inspiring to me!

How did the two of you (Avanish and Shailly) come to team up?

Avanish: Shailly and I met in 2010, and we were startled to find that each of us had been working on the same vision for bringing craft beer to India, but independently. As we studied the market and networked in the Indian brewing community, a mutual acquaintance put us in touch with one another. We met, over a beer of course, and learned that we had the same vision, but with verydifferent skills sets behind us. Shailly was an accomplished and award winning home brewer! It was a natural partnership. 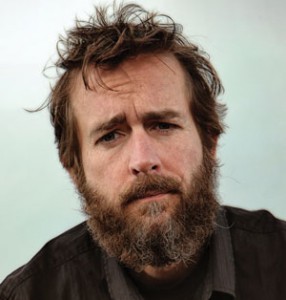 How did you team up with Greg Koch from Stone and what is his role in your brewery?

Shailly: We just took a chance and told him about our plan. We really did not expect the immense enthusiasm we got from Greg. He has been to India before and he saw the immense opportunity to spread the gospel of craft beer there. He is the chief advisor to IBC and will mostly be advising us on operational issues.

Greg: I was approached by Shailly and Avanish, and met them at the Craft Brewers Conference last year in San Francisco.  I was impressed by both their passion, as well as by their business acumen.

Greg, have you been to India? If so, what’s your take on the beer scene there?

Greg: I was lucky enough to travel to India in November of 2009 to attend the TED India conference.  Searching high and low while I was there, I was never able to come by a decent beer.  Well, except for the insanely priced (about US $20…high by our standards, and out of this world by India’s standards) bottle of Orval at a boutique hotel bar on my last night in the country.  I paid it gladly.

Greg, What is your role in the company?

Greg: I am an official Advisor to Independence Brewing.  I will have no day-to-day role, but I will be making myself available to help guide Avanish and Shailly on their adventure as best I can.

Does this involve a lot of travel back and forth from India?

Greg: No, this does not require any travel to India.  However, while it’s not “required,” I do look forward to visiting once they’re up and running!

What kind of beers are you brewing?

Shailly: We are brewing everything ale. We have a wit, American blonde with apple juice and spices, a pale ale with tons of late hops, a Belgian blonde, brown porter to name a few. We will probably never do lagers. 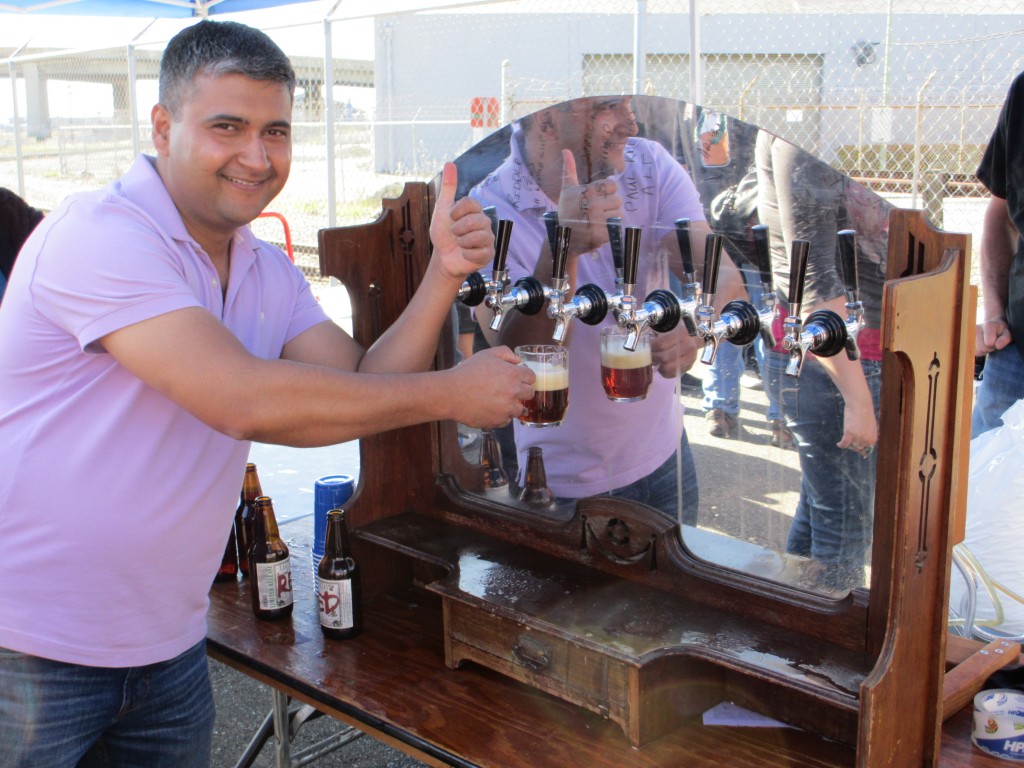 Where will your beer be available? Outside of India?

Avanish: IBC will have an 8.5-bbl brewing system at our venue in Pune, India. We plan to serve beer there, and help start a movement for craft beer. We think that many Indians will, very quickly, start moving from industrial lagers to higher quality beers, and when that happens, we will certainly grow. But in the near-term, we have no plans to distribute outside of India.

Are your beers already commercially available?

Shailly: Not yet, but we are trying hard to start brewing on a commercial scale. Give us 6-9 months from now.

Where do you source your ingredients (hops, malts, etc)?  Does India grow their own?

Shailly: It all has to be imported. Most of our malts and hops are going to come from North America and Europe. India does grow some 6-row and also some high alpha hops but they are very limited. Also the malting industry is very rudimentary and getting specialty malts locally is a problem. It’s worth mentioning the 50% duty on import of malt and hops! Yep we go thru lengths for good beer.

What are your thoughts on India Pale Ales, being that you are from India? (silly question, yes, but I couldn’t resist)

Avanish: Of course, growing up in the US, IPA’s are what I drink most often. The name, and the history behind the name, is somewhat ironic, in that hardly anyone in India drinks IPAs (or even knows what an IPA is)! In our Kickstarter video we talk about how wonderful it will be, one day, when people accustomed to drinking India Pale Ales, finally get to try an IndiaN Pale Ale! When India gets up to speed on craft beer, we can guarantee that there will be brand new styles of beer to talk about!

On May 4, 2012, Independence Brewing Company (IBC) announced the launch of its Kickstarter campaign for its premier pub brewery in the city of Pune, India. The funds raised from Kickstarter, along with capital raised from its angel financing efforts, will be used toward an 8.5bbl brewing system, pub brewery setup, staffing and other general purposes.

“The Kickstarter campaign allows our supporters a way to join our brewery efforts and get some very cool, hand-crafted Indian gifts!” said Shailly Bist, Cofounder & Head Brewer of IBC.

“IBC’s vision is to share the richness of the American craft brewing tradition and bring truly exceptional craft beer to India. If you’re a beer geek like we are, we hope you will support our effort to bring about a beer revolution in India!” said Avanish Vellanki, Cofounder of IBC.