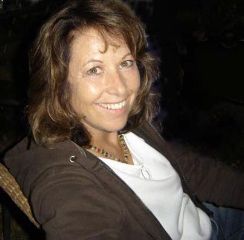 Joy Campbell is a pioneer in the Oregon beer community.  Founder of the world famous Belmont Station, Campbell, a graphic design artist and entrepreneur, along with publican and Horse Brass founder Don Younger, started Belmont Station in 1997.  Campbell remained as the face of the world renowned bottle shop for ten years.  Many great brewers and people from the craft brew community got their feet wet at Belmont Station. These days she is focusing on other ventures, but thanks to her initial dedicated work and vision, Belmont remains a world class beer bottle shop and bier cafe.

Here is a Q&A with our friend Joy Campbell.

What sparked your interest in craft beer?

JC: In the early 90s I worked as a freelance graphic artist and Don Younger asked me to do a website — my first one — for the Horse Brass. He wanted it to be designed to bring beer loving people to Portland, and showcase the entire brewing industry — not just the Horse Brass. I ended up going to all the breweries around town, meeting a lot of people in the industry.

In what capacity do you work with beer?

JC: Don Younger and I founded Belmont Station in 1997, after an office space became available next to the Horse Brass Pub. My daughter Judy Biesanz, and a good friend, Michael Marklund and I set out to work on that space and turned an office into a store by ripping out the ceilings, painting, and installing a wooden floor. Everything was purchased second-hand. We started out with 300 beers — more than had ever been available under one roof anywhere in the Pacific Northwest at the time. I managed the store for ten years, but toward the end it was evident we needed a larger place. One day the owner of the current location on Stark Street came to me proposing that I lease his building. It was the perfect venue but it meant I had to raise funds. Along came Carl Singmaster from North Carolina, and purchased controlling interest in the store. Under his management the store has become an extremely profitable venture. The dream lives on.

If trapped on a desert island with just one tap line, what beer would you choose to drink (yeah that’s a tough one)?

Similarly, if you could have just one last beer, what would that be?

JC: If I was assured against stomach ache? That’d have to be something spectacular — Leifman’s Kreik!

Name five of your favorite brews (won’t hold you to these).

JC: My favorites were probably (depending on my mood and the season) Rogue YSB, Full Sail Session, Leifman’s all flavors, Stone Arrogant Bastard, and I always looked forward to that first seasonal draught of Jubelale.

Are there any beers out there that you would like to try that you haven’t yet?

Name one or more of your favorite food pairings?

JC: I have fond memories of pork glazed with Hair of the Dog Adam. Good chocolates with good beer is amazing. But good Cabernet or Merlot with good chocolates can make one happy as well.